Consider this Furthermore series further education for fitness. Here, we help define the terms that all athletes should know.

For most people, the number ends up close to zero, which means their arm span equals their height, though men are more likely to fall into the positive camp, notes Dan Daly, Tier X coach at Columbus Circle in New York City.

The measurement isn't super important for sports like running and cycling, but for the four activities below, it is. Here’s how you should adjust your training depending on whether your ape index is positive or negative.

If you have a positive index…

...you have a big advantage, says Eric Mischke, Tier 3+ trainer at Printing House in New York City. With longer arms, you’ll be able to reach holds that are farther apart, increasing the number of routes available to you. The benefits are greater the taller you are, since you'll be able to create even more space between feet and hands.

However, lengthy arms also dictate that, in many upper-body climbing moves, the shoulder joint has to produce more force. Think of your arm as a lever. When it's shorter, it's easier to do more work with your core; when it's longer, your shoulder has to be more engaged.

To build the necessary strength, incorporate I, Y, and T raises into your daily routine. Lie facedown and, with thumbs pointing up, position your arms in an I, Y, or T position. Moving only at the shoulder joint, raise your arms as high as possible, then lower back to start for one rep. Do 3 sets of 10 to 15 reps of each exercise as often as every day. Once that feels easy, add 2- to 5-pound dumbbells.

If you have a negative index…

...you’re at a disadvantage, and the shorter you are, the worse it is. You’ll have a harder time reaching holds that are far apart—but on the flip side, your shoulders will naturally have more leverage, making dynamic moves feel easier, Mischke says.

To make up for proportionately short arms, adjust how you climb. Look for ways to press, rather than pull, yourself up the wall and work towards dyno moves in which all or part of you becomes airborne as you leap from one hold to the next. You can get there through plyometric exercises like jump squats, kettlebell swings, and plyo pull-ups. Do 3 to 6 sets of 3 to 8 reps of each at least once per week.

…your arms will be able to reach the ground more easily, but the bar will travel a shorter distance from the top position to the bottom position since your hands sit farther down your body, Mischke explains.

Those effects are both good and bad. Since you’ll never reach your farthest range of motion (where you’re typically weakest) during a regular deadlift, you’ll be able to lift more weight. But it also means your posterior chain will be less activated. To most effectively build strength there, incorporate deficit deadlifts into your routine, he says. Do as many sets and reps of this variation as you do of the standard exercise.

...you’ll move through your full range of motion with every rep, Mischke notes. “You’ll need more mobility in your posterior chain to keep correct form.” Hamstring stretches can improve mobility over time, but doing them immediately prior to deadlifts can reduce the muscles’ strength and stability. Try adding World’s Greatest Stretch and the hamstring/calf stretch to your cool-downs.

...you’ll have longer strikes compared an opponent with a negative index, since you're typically matched with someone of your own height, says Cathy Prince, a Brazilian jiu-jitsu practitioner and group fitness manager and Tier X coach at Century City in LA. In turn, you’ll be able to reach your opponent from farther away. The downside is that you need to have more precise aim because if you miss, it’ll take more time to return to a guard position and block any counters. Every millisecond counts in martial arts.

To improve proprioceptive abilities and the speed at which you recoil from a strike, practice cable presses. Aim to reach your fist to a different, predetermined target with each press, Prince says. Do 3 to 4 sets of 8 to 15 reps twice per week.

...you’ll be more explosive since your arms have to travel a shorter distance to make contact, Prince says. You're likely most effective “in the pocket,” or close to your opponent, and you’ll excel in knee strikes, uppercuts, and clinches (holding your opponent while in a standing position).

Take advantage of your built-in power through plyometrics. Prince recommends clapping push-ups, box jumps, reverse sled pulls, and medicine ball throws. Do 3 to 6 sets of 3 to 8 reps at least twice per week.

...you’re built for sprint events of 200 meters or less, Daly says. With long arms, athletes are able to cover more distance per stroke. At the same time, however, your shoulder will have to fight more resistance, requiring extra strength. Michael Phelps, for example, has a positive ape index, which might be why he sticks to 100- and 200-meter races.

Cap the majority of your upper-body lifting sets at 12 reps, especially for shoulder-specific lifts like overhead and bench presses. This rep limit allows you to go heavy enough to focus on strength and power over endurance.

...you’ll excel in endurance swims, Daly says. You won't travel as far with each stroke, but your turnover rate will be faster than it is for someone with longer arms, which will help your performance over longer events, Daly says. Former top Olympic distance freestyle swimmer Janet Evans was known for having a negative index, shorter stroke, and quick turnover.

You’ll get even more benefits if you train for endurance outside of the pool. Add at least two steady-state cardio workouts to your weekly routine and one total-body strength workout in which you complete 2 to 4 sets of 12 to 20 reps of each exercise using light weights.

While your ape index can set you back or give you an advantage, training is still the most important factor in progressing in any sport.

The right way to train your rotator cuffBody 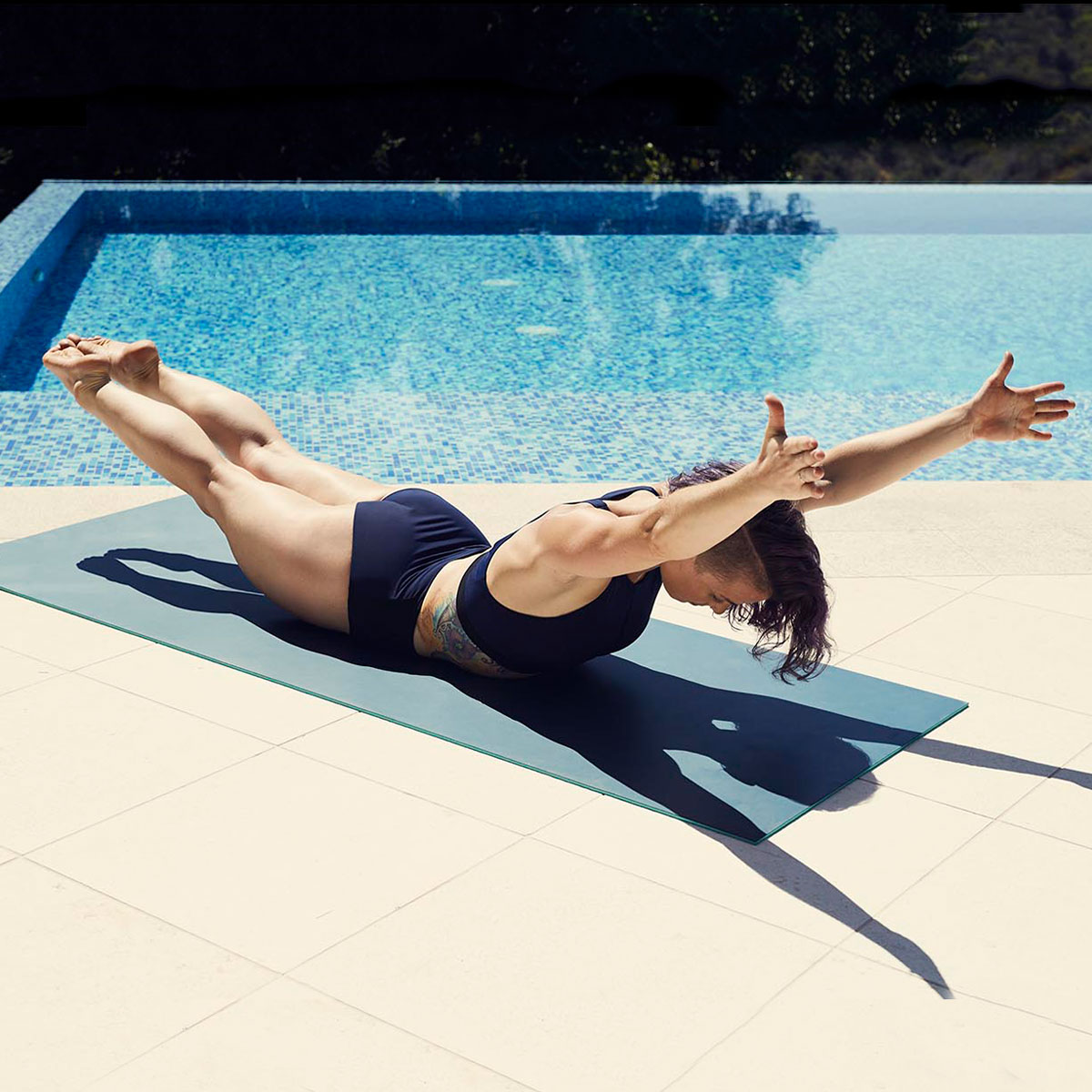