Including a natural wine primer and 5 clean, low-sugar bottles to try

Legally, there can be dozens of additives in your wine, including sulfites, egg whites, gelatin, and dyes. Winemakers are allowed to add these substances to adjust the color, add body, and maintain consistency. For health-minded folks who appreciate ingredient transparency, this information is understandably alarming. Because your wine should be as clean as your food, Furthermore spoke to three wine experts to find out more about wine additives (they’re not all as bad as you’d think), natural versus organic versus biodynamic farming, and how much sugar is actually in your glass.

What’s in your wine

While it’s unfortunate that disclosing ingredients is not mandated for winemakers, a lot of the additives aren’t going to have negative impacts on your health, says James Sligh, a sommelier at La Compagnie des Vins Surnaturels in New York City. Adds Andrew L. Waterhouse, Ph.D., a well-known wine chemist and professor of enology at UC Davis: “I don't think that any of them are particularly hazardous.”

Additives that are effectively preservatives are helpful in the sense that they allow people to enjoy wine for longer or after it's been shipped across the world, says Sligh. Take indigenous yeast: It’s a harmless substance that helps create a more consistent product. Another popular preservative is sulfur (sulfites are one of two sulfur-based compounds). “Sulfur is one of the most unfairly maligned and least worrisome additives when we're talking about wine,” says Sligh.

As for dyes, grape concentrate from thick-skinned red wine grape varieties make wines look more rich and opaque, and tannin additives (that give a thin wine more body) come from grapes or even from wood bark, per Madeline Puckette, James Beard Award-winning author and co-founder of WineFolly.com. Egg whites and gelatin are both used to help clarify a wine so it doesn't appear cloudy.

Still, less is absolutely more. “Usually, if a wine or fermentation needs a lot of ‘seasoning,’ it means that the grapes or winemaking is imbalanced in some way,” says Puckette.

The ultimate in ‘less is more’ is natural wine. There’s no certification or standardized guidelines, but a broadly accepted definition is that it’s farmed without chemicals in the vineyard and vinified without adding anything or taking anything away in the cellar.

Because there are no preservatives, you could buy three identical bottles of natural wine and each one would taste different. In fact, every sip might taste different because it’s ‘microbially alive’. “I have heard winemakers talk about a probiotic impact,” says Sligh. That could theoretically be a good thing for your gut but maybe not so much for your tastebuds: “By avoiding the use of sulfites, some people feel that they're making wines that are really not very good,” says Waterhouse.

However, it may just be an acquired taste. “It's a lot like getting Epoisses put in front of you after a lifetime of Velveeta, or tasting a Belgian sour ale when your only reference for beer is Budweiser,” says Sligh. “Natural wine is made without a certain degree of control, which means the range of possible flavors and textures and aromas is wide when set against the constrained possibilities of conventionally-made wine.”

It’s a misconception that most wine has lots of sugar. Grapes do but when they’re fermented, the sugar is reduced to almost nothing (unless you’re drinking a supermarket wine with added sugar or a dessert wine). Waterhouse recommends a simple taste test: If you sip a wine and can’t taste sweetness, there's probably less than one percent per liter of sugar in it (for five ounces of wine, that's about 1.5 grams of sugars). Here's another way to measure it: Alcohol percentage correlates with carbs and calories; the lower the alcohol, the fewer carbs and calories for the same volume.

Luckily for those who do taste manure when they sip natural vino, there’s a middle ground: organic and biodynamic wines are not completely natural but not manipulated in the way conventional wines are. “I look at the farming first and then how the wine is treated second. With organic and biodynamic farming [a standard for natural wine, too] you have living soil—healthy microbial life—that leads to healthy fermentations, which leads to wine that can be made without preservatives that's still delicious,” says Sligh. The grapes must be farmed free of synthetic chemicals—which can’t be said for conventional wine which may have pesticide and glyphosate (aka Monsanto's Roundup) residue. “[Conventional] viticulture has some of the highest levels of use of pesticides because it's a somewhat fragile crop,” says Sligh.

But, organically-grown grapes can end up being processed conventionally. “On the one hand it's a little better, on the other hand, I think a lot of people are purchasing the idea of an organic lifestyle and they don't realize how much can happen to the wine afterwards,” says Sligh. “You can still inoculate with cultured yeast, reduce alcohol using reverse osmosis or spinning cones, add oak chips and colorants and many enzymes, sterile filter, and add sulfur to the wine.” These things help with consistency of flavor, in the same way as additives in processed food. They don't make the wine better or worse for your health per se. "I don’t think it’s accurate to say that these additives are actively harmful, but I do think if you can get by without them it’s probably better (this goes for a lot of things)," says Sligh. "And there are certainly ways to make consistent, traditional-tasting wine without all of this stuff."

Biodynamic wines have higher standards—those winemakers are allowed to do a lot less in the winery. (Think of it this way: Conventional wine can contain a kitchen sink's worth of additives; organic wines have slightly less; biodynamic wines have even less; and natural wines have nothing except for a limited amount of sulfur.)  And when it comes to farming, they take a more environmentally-friendly and holistic view: “Biodynamic farming sees the vineyard as a one part of a whole, not just of the surrounding landscape but of the entire earth and cosmos,” says Sligh. “Lunar cycles are part of that, and there are practices like making sprays with certain plant-based tinctures, burying cow horns, and making special fertilizer.”

Conventional wine can contain a kitchen sink's worth of additives; organic wines have slightly less; biodynamic wines have even less; and natural wines have nothing except for a limited amount of sulfur.

How to find a well-farmed, well-made wine

Look for these certifications.“The US Biodynamic certification, a green label with white words, ensures your wine contains only a handful of ingredients: sulphur, eggs whites, charcoal, and bentonite (the latter two are clarifying/fining agents) beyond grapes,” says Sligh. For European wines, look for ECOCERT (a green leaf). “The producers I see that are putting it on their labels are guys who are going above and beyond. For example: not just treating vines with copper and sulfur but experimenting with plant-based teas for disease control or keeping bees or animals on the property, which is great for a more holistic ecosystem and can help with healthy soil and pest control.”

Check out wines that do have ingredient labels.“There are a few companies that are actually doing ingredient labeling which used to be illegal, but now it's optional,” says Waterhouse. Two examples: Ridge Vineyards and Bonny Doon.

Additives used sparingly and with intention

Available nationwide or in several states

Generally low in alcohol (The lower the alcohol, the lower the calories; 5 ounces of wine is typically between 100 and 200 calories)

Befriend a wine expert. Finding a good wine store that you trust is one of the most important things you can do to improve your relationship with wine and find things that you wouldn't have otherwise found, per Sligh. Handwritten notes about each wine and markers on ones that are farmed organically or biodynamically are good signs. Sligh suggests asking yourself: Do employees answer your questions and make you feel comfortable? Do they seem to know what they're talking about? When you ask for a bottle of wine at a certain price point do they recommend you something that you later love? "Once you find a shop you like, budget a set amount ($240 is about $20 per bottle and a good starting point) for a mixed case. Explain you want to explore different styles, you want a couple special bottles and a few for everyday drinking, and you want to stay natural/organic."

Pay attention to the distributor. Once you find a wine that you like either via your local wine shop or drinking one of Sligh's suggested bottles below, take a look at the back label to find out the distributor. Bowler is one good example of a distributor that aggregates bottles from conscientious winemakers. Then, you can check out their website to find other wines that they distribute. “If you don't recognize the front label on a bottle but you recognize the back label—and you've liked other ones with that back label in the past—that can be a really powerful way to find new things,” says Sligh.

Visit a natural wine fair. Raw Wine is an international wine fair that started in Paris and London, and has since expanded to New York and L.A. “In order to get accepted, producers have to submit their wines, their lab samples with everything they added and all the technical data, total sulfur, whether or not it's fine filtered, et cetera,” says Sligh. “Their website, is one of the most transparent databases of small artisans who are working naturally in the vineyard and in the cellar.”

“Marc Ollivier has been a standard-bearer for chemical-free wines from his region for decades. They’re farmed organically, vinified with native yeasts, bottled unfined / unfiltered with a little bit of sulfur at bottling. It’s salty, mineral-laden, bone-dry, low alcohol, perfect with oysters, and made honestly.”

“This wine is biodynamically farmed and vinified in a winery built using only natural materials. It’s a dry wine with notes of almond and apple.”

“Alwin Jurtschitch and his wife took over from his parents, converted the estate to biodynamics, and began playing a bit. This is an orange wine with just a dash of sulfur at bottling. It’s super clean and easy to drink with flavors of golden apple, parsnip, elderflower, and orange peel.”

“Chris Walsh left bartending in New York to come back to Amador County and plant a vineyard a few thousand feet up in the mountain meadow next to his childhood home. It's permacultural farming without chemicals surrounded by some old apple trees. His carbonic zinfandel is fresh, juicy, and made without additions in the winery aside from a little sulfur. You’ll taste blackberries and brambles, tart cranberry, and a little bit of cinnamon.”

“Paul Draper became famous for putting an ingredients label on the back of his bottles; today, Ridge is the largest organic farmer in Sonoma County and Santa Cruz Mountains. They ferment with indigenous yeast and bottle without filtration. Sometimes they'll add a little bit of acid or water or fine with egg whites—they'll tell you on the bottle. It can be bought almost anywhere and style-wise is Old California enough to be a genuine crowd pleaser.” 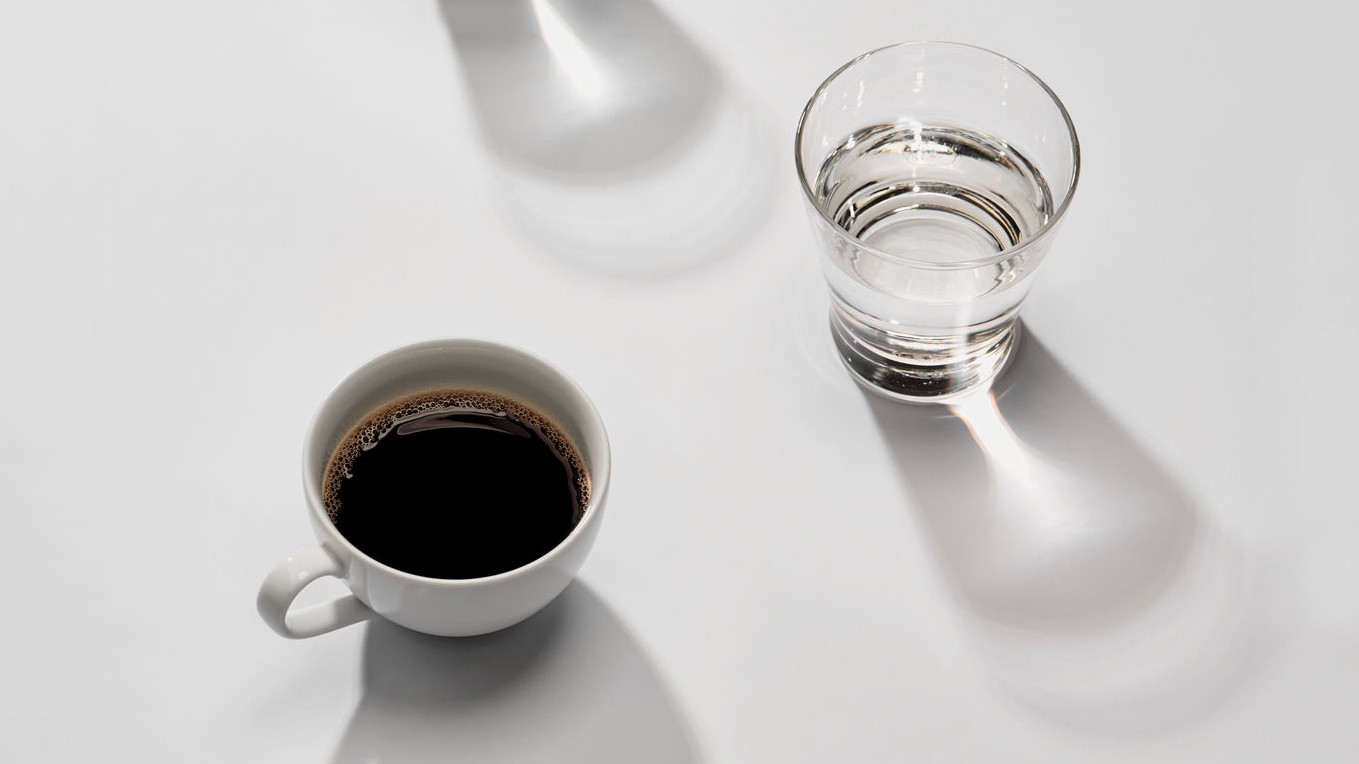 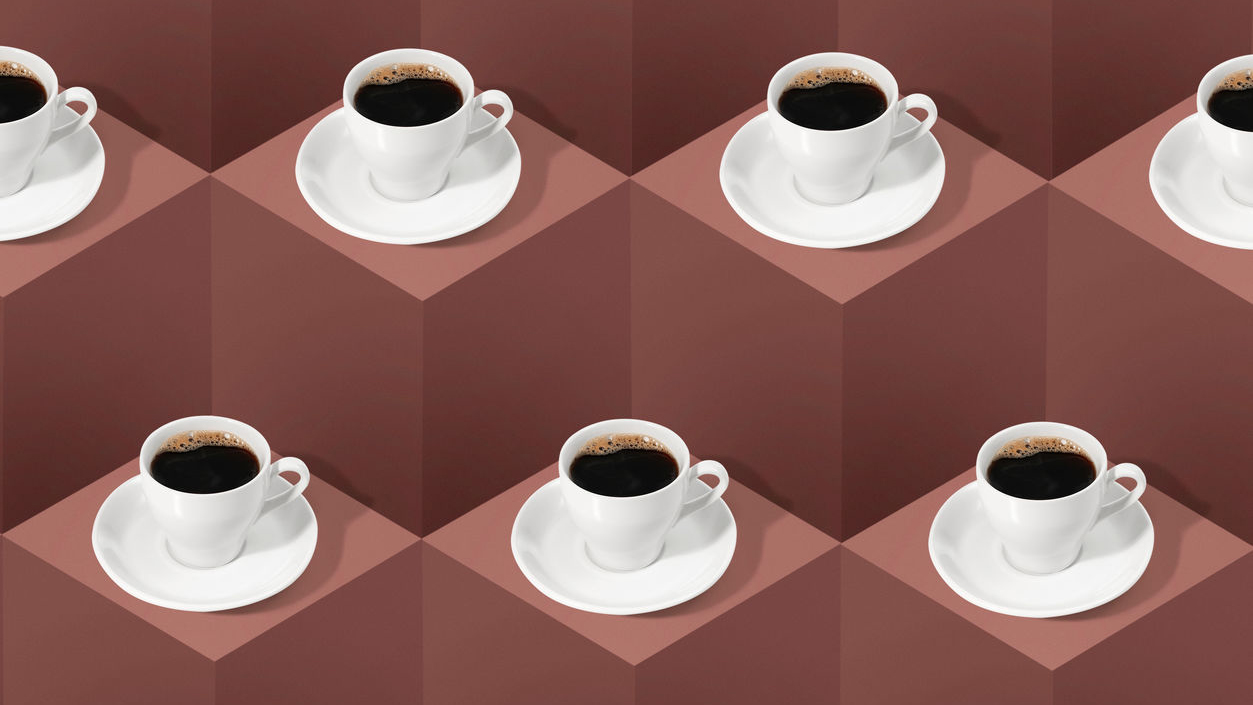