40 minutes, plus 1+ hours for marinating

New York City–based recipe developer Beth Lipton doesn't abandon the grill just because summer's over. In fact, she cooks on it all through the fall to infuse smoky flavor into dishes. "If you prefer to move indoors, though, you can use a grill pan or skillet," she says. In this pork chop recipe, Lipton uses avocado oil because of its neutral flavor and high smoke point. She recommends making the slaw at least an hour in advance to give the flavors time to develop. Try regular coleslaw mix or shred some carrots and cabbage if you can't find broccoli slaw mix; season the pork chops with less salt if you're using soy sauce instead of liquid aminos.

For the pork chops:

Avocado oil (or another neutral oil)

large, firm apple (such as Fuji or Gala), finely chopped

Make chops: In a bowl, combine 2 tablespoons avocado oil, coconut aminos, ginger, garlic, and 1 teaspoon five-spice powder. Pat chops dry. Rub five-spice mixture all over chops, place in a baking dish, cover, and refrigerate for at least 1 hour (or up to overnight).

Make slaw: Combine garlic, ginger and 3 tablespoons avocado oil in a small, unheated skillet then place over low heat. Cook until mixture sizzles; allow to sizzle for 30 seconds, then transfer to a large bowl. Whisk in vinegar, honey, and sesame oil. Add broccoli slaw mix, celery, and apple and toss to combine. Taste and season with salt and pepper. Cover and refrigerate until ready to use. (You can make slaw up to 1 day ahead; toss before serving.)

If using a grill, preheat to medium-high. Season chops all over with salt and grill, turning once, until seared on the outside and an instant-read thermometer inserted into thickest part of a chop (away from bone) reads 140 degrees F, about 4 to 6 minutes per side, depending on thickness. Transfer to a plate, cover, and allow to rest for at least 5 minutes. Brush apple slices with 2 teaspoons oil; sprinkle with remaining ¼ teaspoon five-spice powder and a pinch of salt. Grill apples until tender, about 3 to 4 minutes per side. If cooking on the stove, preheat oven to 400 degrees F. Heat a large ovenproof skillet over medium-high heat. Season chops, then sear in hot skillet until golden on both sides, turning once, about 3 to 4 minutes total. Nestle apple slices in skillet around chops, then transfer skillet to the oven and roast until an instant-read thermometer inserted into chops reads 140 degrees F, about 12 to 16 minutes. Let chops rest for at least 5 minutes before serving. 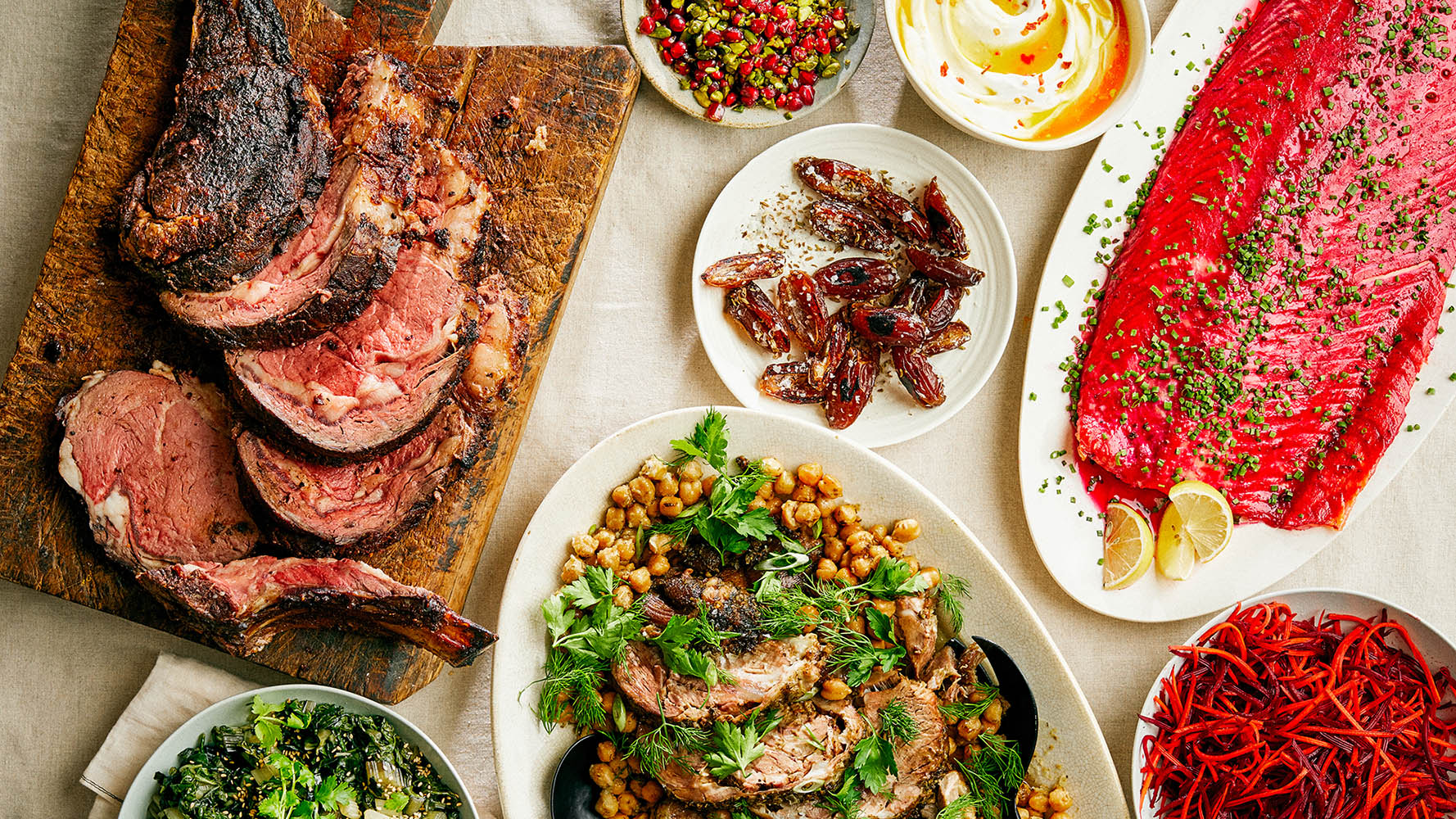 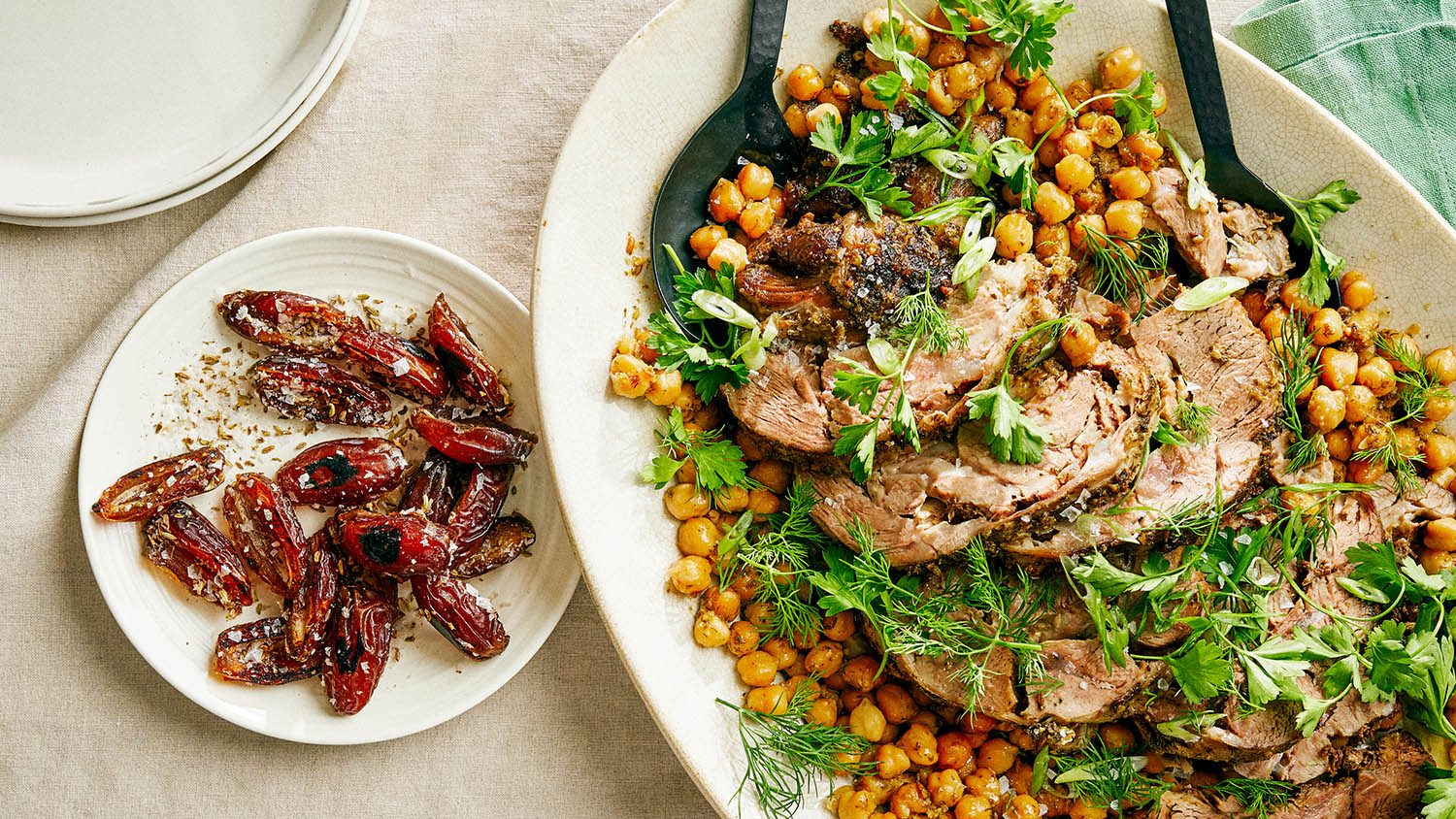 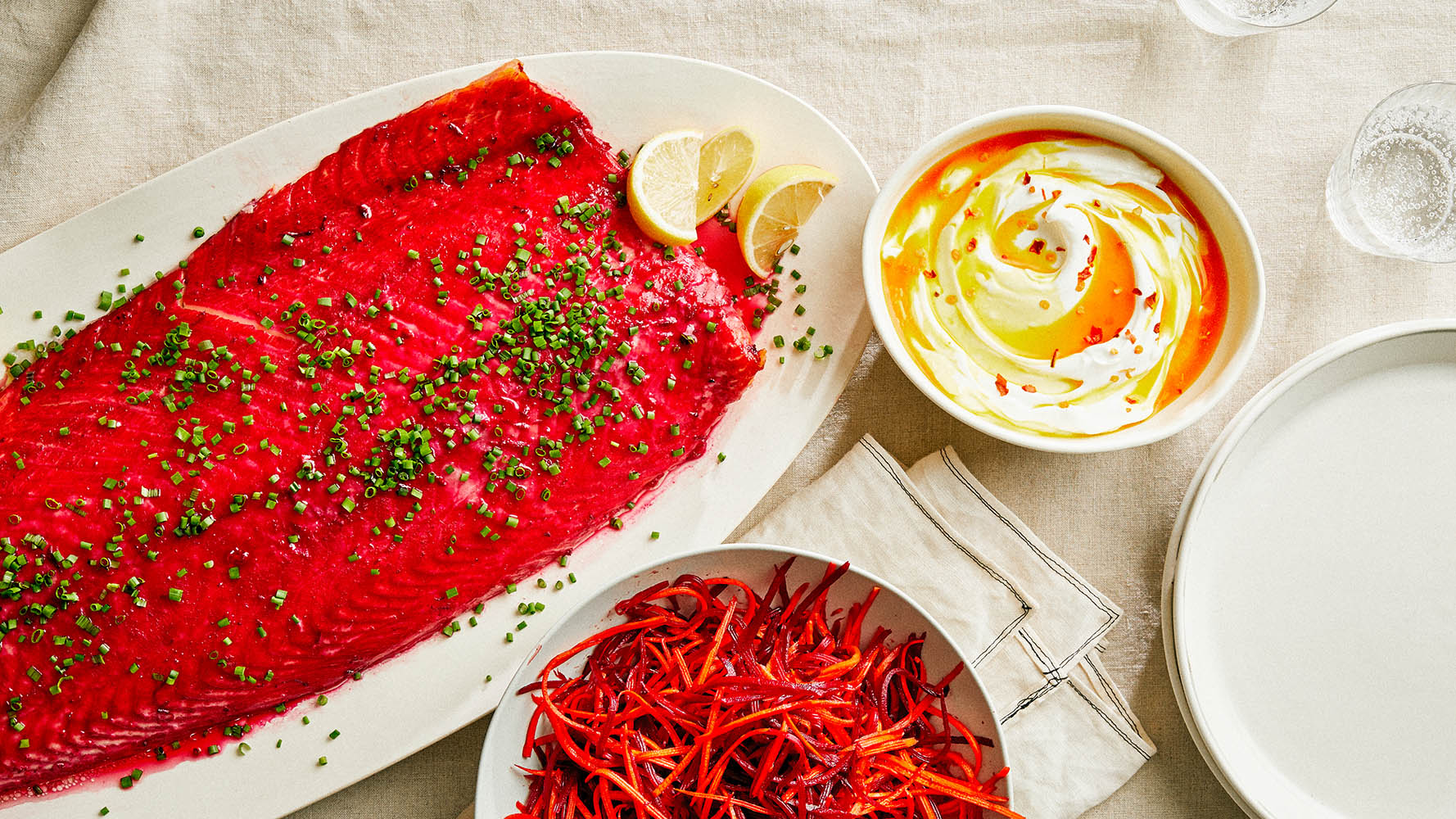