Fitness has the power to make anyone feel alive, but for people recovering from addiction that’s true in a more literal sense.

While most need more than one approach in their recovery plan (like medication plus cognitive therapy), many also turn to exercise. The reasons go beyond swapping a bad habit for a better one, though that’s a piece of it. Fitness helps you foster “discipline of the mind” again, says Anjali Talcherkar, a graduate student and recovery coach in Chicago, who shares her personal story below.

There’s also a biochemical basis for incorporating movement into rehab, experts say. It has positive benefits on emotions and stress management, in part because exercise improves regulation of cortisol, says Jeremiah Weinstock, Ph.D., associate professor in the department of psychology at Saint Louis University in Missouri.

Plus, cardio might affect dopamine levels in a similar way that drugs do (think: the runner’s high), potentially acting as a replacement for them, says Chad Rethorst, Ph.D., who studies exercise and mental health at the O’Donnell Brain Institute at the University of Texas Southwestern in Dallas. “Another potential mechanism is the effect of exercise on the actual neurogenesis within the brain,” he says. That’s right: Moving your body may grow new brain cells thanks to the production of a compound called brain-derived neurotrophic factor, or BDNF.

Armed with these emerging neurons, people often make better decisions about substance use. Plus, underlying mental health issues such as depression may improve, reducing the urge to turn to drugs to cope, he says.

For the three athletes below, fitness was key to their escape from the grip of addiction and their ability to emerge feeling stronger than ever. Here are their stories.

“I started using drugs in 2009 when I was 16, in part to alleviate the pain from the passing of my father in the 9/11 terrorist attacks. I went quickly from marijuana to heroin, injecting intravenously. I was what they call a functioning addict. I was going to school, doing really well in my classes, getting As, applying to college.

At 16, I was also in a car accident that left me with a broken femur, tibia, fibula, wrist, and compressed discs in my lumbar spine. I got into fitness through physical therapy. I became a typical gym guy, going a few times a week.

Between ages 16 and 21, I used on and off. My last continuous bout lasted from December 2013 to January 9, 2015, a full year during which I injected heroin every day. Fitness didn’t really stick because I was often under the influence.

Then, in January 2016, I broke my ankle. For the first two weeks I sat on my couch, depressed. But I knew I had more to live for, and I might not get another chance. Heroin is one of the most dangerous drugs in the world. I know eight to ten people who have overdosed and passed away. I myself have overdosed and was rushed to the hospital three times.

So instead of returning to drug use, I decided to go to the gym with my cast and my crutches. That was the best decision I made. I got my upper body super strong; that’s when I got into handstands. It became a lifestyle, because I found a type of training I really enjoyed and changed my nutrition.

Not long after catching an episode of American Ninja Warrior, I went to a ninja gym with my friend and got one of the obstacles, the salmon ladder, on my first try. I decided to apply for the show the next year.

They get thousands of applicants and only choose 100 to compete in LA, so getting accepted was huge. Not everyone who runs gets airtime, but I got a full feature as the first runner of the LA finals episode, which aired in July 2018. Ninja Warrior was more than a competition for me. It represented family. After the passing of my father on 9/11, we were always very close. But there was nothing like what I saw that day during competition, when everyone was there invested in me. I felt a unity between us I haven't felt since before that tragic day.

My entire life has been a fight, losing my father at eight years old, my stepbrother in 2016, and dealing with my accidents and addiction. The gym presents new, healthy challenges to overcome. That’s why I got into calisthenics and bodyweight training. There’s constantly something to work toward, like learning a new trick or doing a certain number of handstand push-ups. And now, as a trainer, I help other people achieve what I have.

I feel like if I overcame all these obstacles, what's going to stop me now? I think that’s a good way to live.”

“I started experimenting with drugs and alcohol around 1994 when I was about 15 and it slowly progressed. My parents put me in treatment as an adolescent, but I was in and out until I found what worked for me, that combination of things that helped me overcome addiction and compulsive behavior.

I've lost several people to addiction, including a close partner who overdosed on heroin in 2009 when I was 30. There was a huge moment of clarity after that. I thought, What is my purpose? I knew I was here to do something for others, but I had to be healthy first. This outlook led me to advancing my education in addiction and psychology and then creating the Art of Recovery program.

My path to recovery began in 2005; my parents, who are of Indian origin, were at their wit’s end and I was deep in my addiction. My mom took me to an Ashram in India while visiting family. That’s how I found my teacher, His Holiness Sri Sri Ravi Shankar, Founder of the Art of Living Foundation, who’s my guru now. I did an Ayurvedic treatment, panchakarma [a cleansing and rejuvenating program].

Ayurveda is a sister science to yoga. Afterward, Sri Sri looked me straight in the eye and said, ‘Every morning, get up and do yoga. You like yoga.’ I'd never tried it, but my interest piqued. I began practicing and fell in love with the physical, mental, and spiritual aspects of it, eventually completing my teacher training. Yoga is addictive in a good way, I would say.

The whole yogic path is a total package, but I can say with myself and with most people I know, the entry point is the physical asana practice. In the Western world there’s even more emphasis on the body postures and the fitness aspect of it. That resonates with me. I was an aerobics instructor in undergrad and I’ve always been into fitness.

When I started taking yoga classes, it produced a strength and a resilience in me that translated off the mat, that helped me in every other aspect of life. I noticed if I could hold a posture for a really long time or if I could go past that point of pain and find the ease, then I started to see that happen with other pursuits. I was able to take on more responsibility. As I grew in my yoga practice, I grew in my life.

I’m about to defend my dissertation about my research on addiction and how I combined all these protocols and I plan to continue coaching after earning my Ph.D. I look at recovery very individually. It’s an art because what works for one person may not work for another. Coaching is collaborative and it’s the client who knows intuitively what’s right for them. I’m just a sounding board. I’ve also stepped more into the role of an advocate, bringing innovative types of holistic programs to underserved populations and people who don’t have access to them.”

“I grew up playing lots of sports, but you couldn’t get me to run. I played goalie in soccer, for instance.

In high school, I was awkward, bullied, and going through a lot at home (my mom and dad had a difficult divorce), so I started drinking.

I went to jail and got put on probation for the first time at 16. By 2006 at 18 years old, I had lost my license twice and gotten a DUI. A lot of people probably would have stopped then, but consequences never got me sober. As a college freshman I smoked weed all day, every day and drank four or five nights a week.

I finally realized later in college that I had a problem with addiction. I made the decision to quit but wasn’t able to on my own. After about six years of struggle, at 28, I went to treatment at UNC Health Care Addiction Treatment Center at WakeBrook for one week. My sobriety date is March 5, 2016.

When I got out, I lived in a halfway house called the Fellowship Home of Raleigh. A lot of people were unhappy with me at the time. I didn't like myself, either. Before getting sober, I put on a lot of weight, about 70 pounds, and went from having an apartment and a job and a car to having nothing.

People told me there was some lifting equipment at the halfway house, so I picked up some weights, then went out for a run. My goal was not to run fast or far—I was just trying to keep going.

I have all these tools in recovery: prayer, mentors, service work, a network of people I can talk to. But there were times when I’d struggle with something, do all those things, and still have a tough day. In those times, I would go for a run. Once I finished, that problem was gone. There's an additional healing element to exercise.

During my first year of sobriety, I volunteered at a recovery program called Healing Transitions and met a man named Justin Garrity. He watched my journey as I lost more than 60 pounds, put on muscle, reduced my blood pressure, and quit smoking cigarettes over about 11 months. He and another guy, Matt Elliott, started a run club there called the Oak City Recovery Run Club on Tuesday nights. I joined them. When they launched a second run on Saturday mornings, I helped.

We started meeting at 8 a.m. At first, I was often the only one who showed up, but over time the run grew. Now we usually have 20 to 40 people. We also race monthly, getting everyone shoes and clothes from a local store called Runologie and free or discounted entries. We're now filing paperwork to become an official nonprofit.

The run club really helps me stay sober and in shape. No matter what I do physically outside of it, I know I’m going to run at least twice a week. It’s also given me another avenue of service work, which is really important to me.

Plus, this is a part of my recovery I can share with others. We have a lot of runners with no history of drug or alcohol use disorders; my sister and girlfriend have participated. The conversations we have are amazing. What we do can break down walls.”

Most of your potential lies in the unconscious mind. 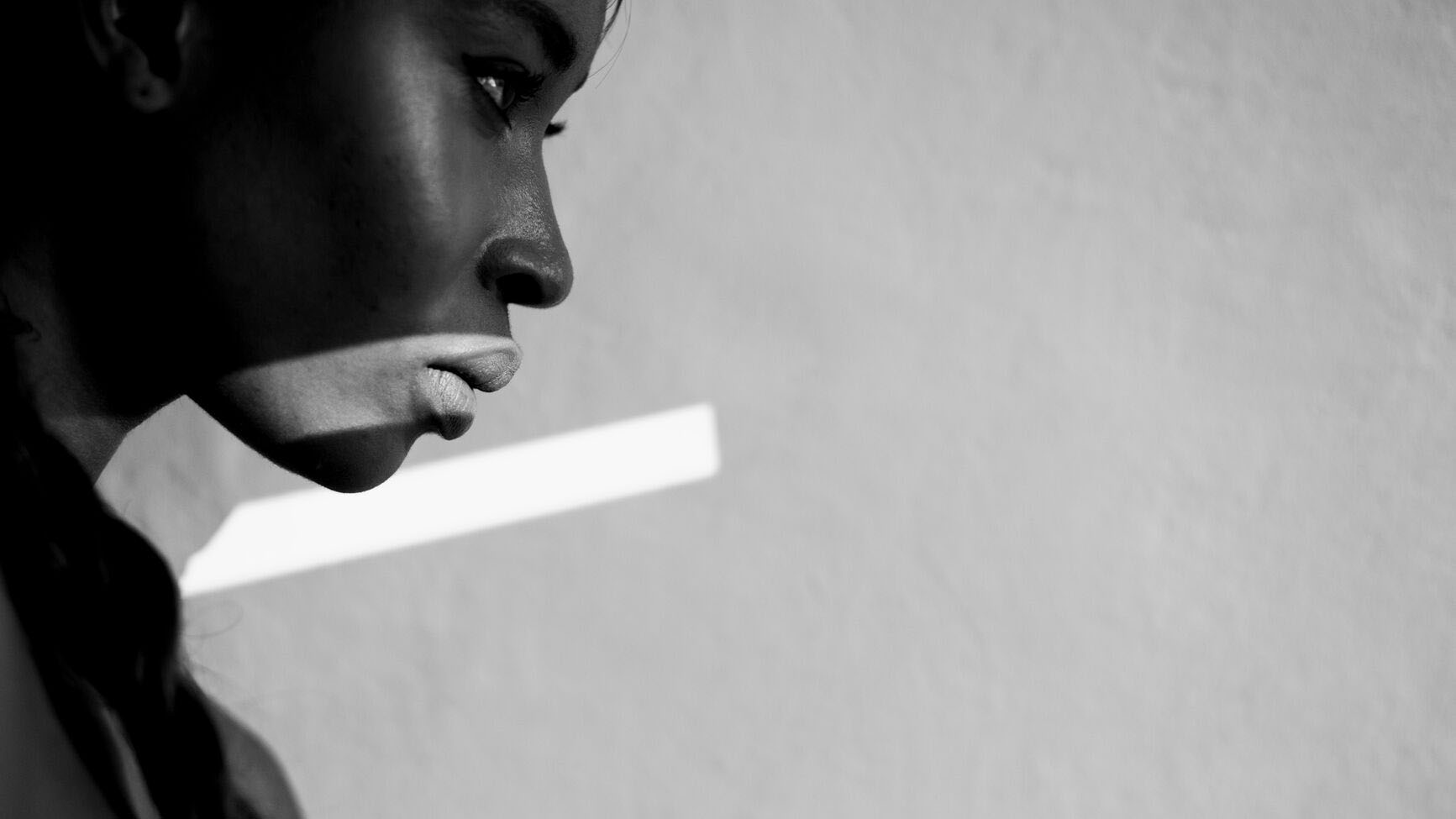