Surfing will be introduced as an Olympic sport for the first time ever at the 2020 Summer Games in Tokyo. Four athletes (two men and two women) will be chosen to join Team USA based on their performance this year. That makes the 2019 World Surf League tour, which began on April 3, more important than ever.

Conner Coffin, who’s ranked No. 7 in the world in the men’s division, wants to be one of those selects. “The thought of representing your country on that stage is exciting and for surfers, it’s uncharted territory,” says the 26-year-old Santa Barbara, California, native. “For years, people have hoped that surfing would hit that next level of mainstream popularity, so this is a big step in the right direction.”

Furthermore caught up with Coffin to talk hip-openers, food allergies, and playing the guitar while waiting for waves.

What were your first big waves?

"Cloudbreak in Fiji at age nine; Pipe in Hawaii at 13."

What are your go-to SPF products?

Do you have favorite surf spots?

"Rincon in Santa Barbara and Cloudbreak in Fiji."

“Last season ended on December 20, so I took a few weeks off and started training again in mid-January. I always surf a ton, pretty much every day for six hours if I’m at home. I work out three times a week with my trainer in the gym, and I stretch and do foundation work on my own. I don’t lift much weight, so most of it is focused on core and leg strength, upper-body mobility, and injury prevention.

Surfing is so much about your lower body, core, and rotating through the hips. To open my hips, I like to anchor a thick resistance band to a doorknob, loop it around one leg at mid-thigh, and do reverse lunges facing away from the door and stepping the opposite, unbanded leg back.

On the waves, you need to create power, then control and absorb it. Plyometrics help with that. For example, I’ll do rotational jumps onto a 20-inch box.

For the core, I like doing stability ball knee tucks in a plank position and anti-rotational work with bands. I’ll stand with the band anchored to one side of my body and hold it in front of my chest without twisting while doing squats.”

You have a garden. What are you growing?

"Beets, kale, and onions. When I’m back from Australia, I’ll plant some tomatoes."

What do you most like to make with your bounty?

"Pasta sauces with tomatoes and basil."

“I recently got a blood test to see if I have any allergies and that was really helpful. I’d been eating eggs every day but found out I’m allergic. When I stopped, I felt much better.

In the mornings, I usually make a smoothie with spinach, banana, Great Lakes hydrolyzed collagen protein, hemp seed, mango, and berries. For lunch, I’ll make quinoa bowls with protein and veggies, or tacos. I love sprouted bread topped with avocado, tomato, and a piece of bacon. I eat a lot of avocado. I like barbecuing at night, throwing a piece of meat or fish on the grill to eat with salad or veggies.

I cook pasta occasionally but in general, I limit dairy and carbs. If I eat something that makes me feel good, I stick to that. I might go to the same restaurant four nights in a row during a contest if I find something I like there. I’ll take nuts, trail mix, or a superfood bar to the beach if I know the competition might be delayed.”

Are you working on a musical pursuit?

"I’m slowly writing songs to hopefully record in the future."

What’s your favorite song to play on the guitar?

“Every day, I jump in the infrared sauna and then into the ice bath. It really gets the blood pumping and it’s a mental challenge, too. My brother just got the Normatec sleeves and they’re pretty rad. I also foam roll and use the Hyperice Hypervolt when I’m sore.

I started playing the guitar when I was a kid and got really into it when I was 18, since I was spending a lot of time doing nothing when events got pushed back due to weather. A lot of people start losing their minds when we’re on hold for four days, but I can sit and play guitar all day and be totally happy. I grew up on classic rock, so I love the Allman Brothers, Rolling Stones, Grateful Dead, and Eric Clapton.”

“I’m staying in Australia until the Rip Curl Pro Bells Beach, which starts on April 17. Since our means for qualification to the Olympics is through the WSL tour, there’s no change of focus for the season, which is nice. I’d want to be in the top five at the end, anyway.”

This interview has been edited and condensed for publication. 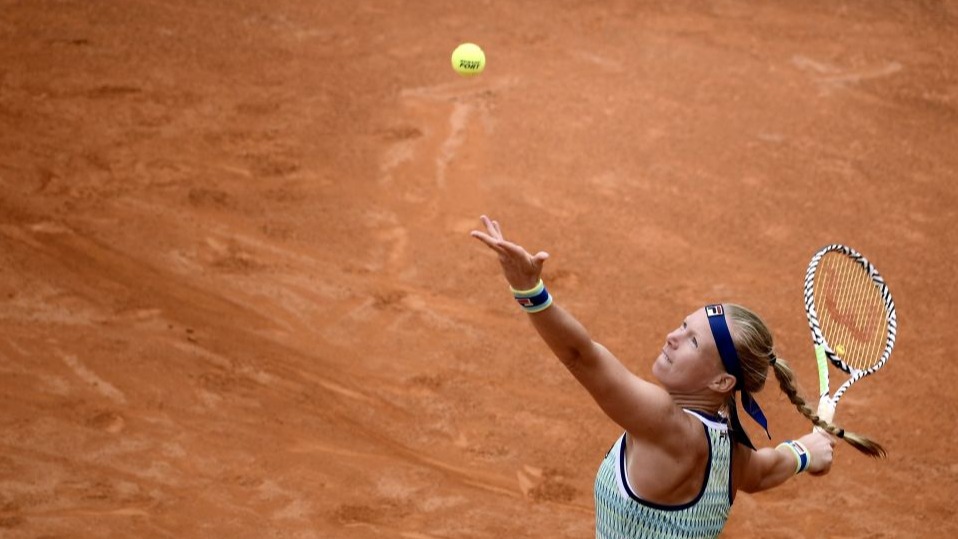