Master the summer: adjust your pace Lauren Steele’s career as a writer for titles like Rolling Stone and Vice has taken her all over the globe, but this year, she’s getting comfortable living at a slower pace. “I’m in a moment in my life where I need to stay put and redefine that sense of discovery,” she says.

"
I try to volunteer whenever I can, whether it’s at a food bank, picking up trash on the side of the highway, or planting trees in national forests. It gives you the same endorphin high as exercise.
"

For the summer, she’s settling into the mountains straddling the Colorado-Utah border, where she hopes to use the trails and peaks to train for an 85-mile ultramarathon she’s running in Oman in November. “The mountains are somewhere that I can really express athleticism in a way that I love,” she says.

Her hunger for summits isn’t the only reason she put jet-setting on hold. “There’s a lot of carbon output just from getting on a plane,” she points out. “It all adds up.” To say the environment is important to her is an understatement: In her previous role as Director of Toughness at Columbia Sportswear, she helped restore the Elwha River Basin in Olympic National Park. Whenever she travels, she makes a concerted effort to have a positive impact, whether that means renting bikes, staying in recycled-wood bungalows, or planting trees. 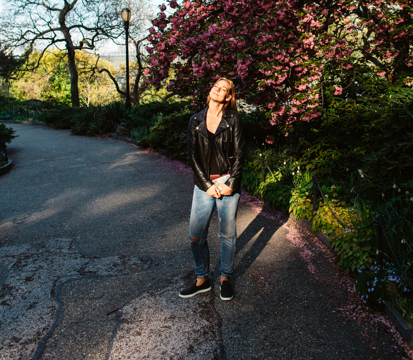 “
I eat lots of fruits like watermelon, honeydew, and cantaloupe during the summer. Their high water content keeps me hydrated.
”

As part of her training, Steele aims to run the 23-mile Willow Lake Loop and the 28-mile Four Pass Loop, both in Snowmass, Colorado, for a combined total of 9,000 feet of vertical gain. Other goals on her list: to summit Capitol Peak in the Elk Mountains and Blanca Peak in the San Juan Mountains.

“
Walking through town allows you to slow down and interact with the world around you. You’re a part of your neighborhood, not just moving through it.
”

“Training for endurance events is all about spending time on your feet,” she says. She plans to up her step count (and get to know the area) by using her car less and her legs more. “Driving is so removed,” she says. “Walking through town allows you to slow down and interact with the world around you. You’re a part of your neighborhood, not just moving through it.”

When she’s not walking to do her errands, Steele opts for a different set of wheels. “I love riding my bike,” she says. “It always feels 10 degrees cooler when you’re riding with the wind in your hair.” Whether she’s riding or going on foot, her choice shoes this season are the Allbirds Tree Loungers.

To prepare her body for the tough, technical terrain, Steele focuses on bodyweight exercises like squats, lunges, and push-ups. Once she's up there, the heat is impossible to escape. “The sun can lead to fatigue, so I wear a hat to keep it off my face,” she says. “On long runs I bring a two-liter hydration pack and extra electrolyte tablets.”

Whenever possible, she ends her summer workouts with a dip. “The best thing in the entire world is coming down off a trail and jumping into an alpine lake or river—any body of water is fair game,” she says. “Ice-cold water is great for restoring your muscles.” 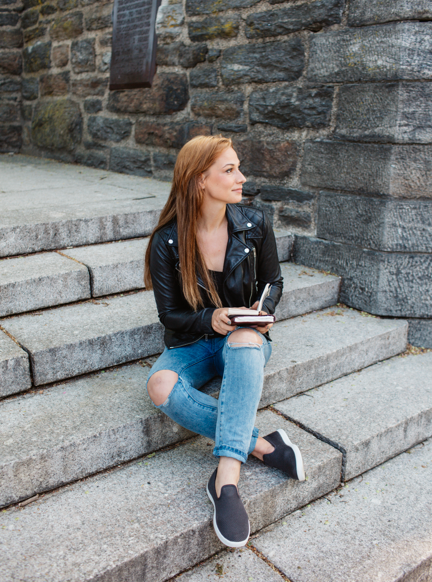 Even though she’ll be running her way through the season, Steele is excited to stay put instead of traveling every few weeks like she normally would. This stability gives her the chance to really get to know her surroundings. “Maybe it’s as simple as waking up in the same bed every morning and seeing the sunrise look completely different each day,” she says. “It’s incredible how subtly the world can surprise you if you actually pay attention.”

“
I like to relax in the summer by going to cafes or the library in the morning, drinking wine with friends, and taking walks when the sun starts sinking.
”
BTS: Catch the Beat