“Brazilian Jiu Jitsu is like a game of chess using your own body because it's as much mentally taxing as it is physically; it's very strategic as well,” says Ed Gemdjian, Tier X coach at Equinox Century City. Though he’s been working in the fitness industry for 13 years and is a life-long athlete, Gemdjian didn’t find martial arts until he was 33-years-old—but he’s hooked. “It’s much different than weightlifting because the resistance you’re working with on the mat has a brain,” he says. It’s also completely changed his physique: “In the two and a half years I’ve been practicing, I've dropped about 20 pounds but my strength has not decreased at all,” he says. (Read more about how that’s possible here.)

This routine, created by Gemdjian, will help you build the perquisite strength and endurance you need to start training in Jiu Jitsu. “The requirements of grappling are grip strength, upper-body and core strength, stability, and mobility,” he explains. “Most of these exercises take you through a pretty large range of motion; Even the crocodile push-up covers space and distance, and it's very taxing on the hips and shoulders to stay that low to the ground while moving.”

Even if you have no intention of taking up martial arts in the future, this workout is worth adding to your repertoire. “It's a highly complex metabolic routine with a nice mix of uncommon movements,” says Gemdjian. “All of the exercises have a degree of conditioning to them; They’re fast-paced, meaning you're taxing the muscles and heart, burning more calories and fat.”

Complete the following moves in a circuit fashion. Do as many reps as possible of each one for 30 seconds, then immediately move on to the next. Rest for one minute between rounds and then repeat for a total of three rounds.

Face the anchor, holding one end of the band in each hand at waist level. Simultaneously turn your feet to the right while bringing the right arm up overhead. Go to a full trunk extension and rotate back to the starting position. Alternate sides and speed up once the footwork is comfortable.

Start prone on the floor with your right knee and elbow touching, left knee and elbow fully extended. Staying close to the ground, take a full step forward pulling the opposite arm and leg to touch. Continue alternating sides.

Begin kneeling in front of a box with hips all the way back to heels. Swing arms and extend hips dynamically to bring feet underneath you to land on the floor with knees bent. Immediately load hips and jump up onto the box, landing softly with knees bent. Repeat.

Hold the opening closest to the top of the ViPR with your right hand. Your left hand should cradle the bottom of the ViPR near the other end. Rotate the ViPR to the right and behind you, switching hands as you do so, and continue to rotate until it’s back in front of your body. Lunge forward with your right leg and stop the rotation. As you step back to standing position rotate the ViPR to the other side and perform a repetition in that direction. Continue alternating.

Stand tall with rib cage tight, one kettlebell in each hand with bottom sides up. Extend your right arm overhead while the other starts with the kettlebell at shoulder height. Alternate presses reciprocally. 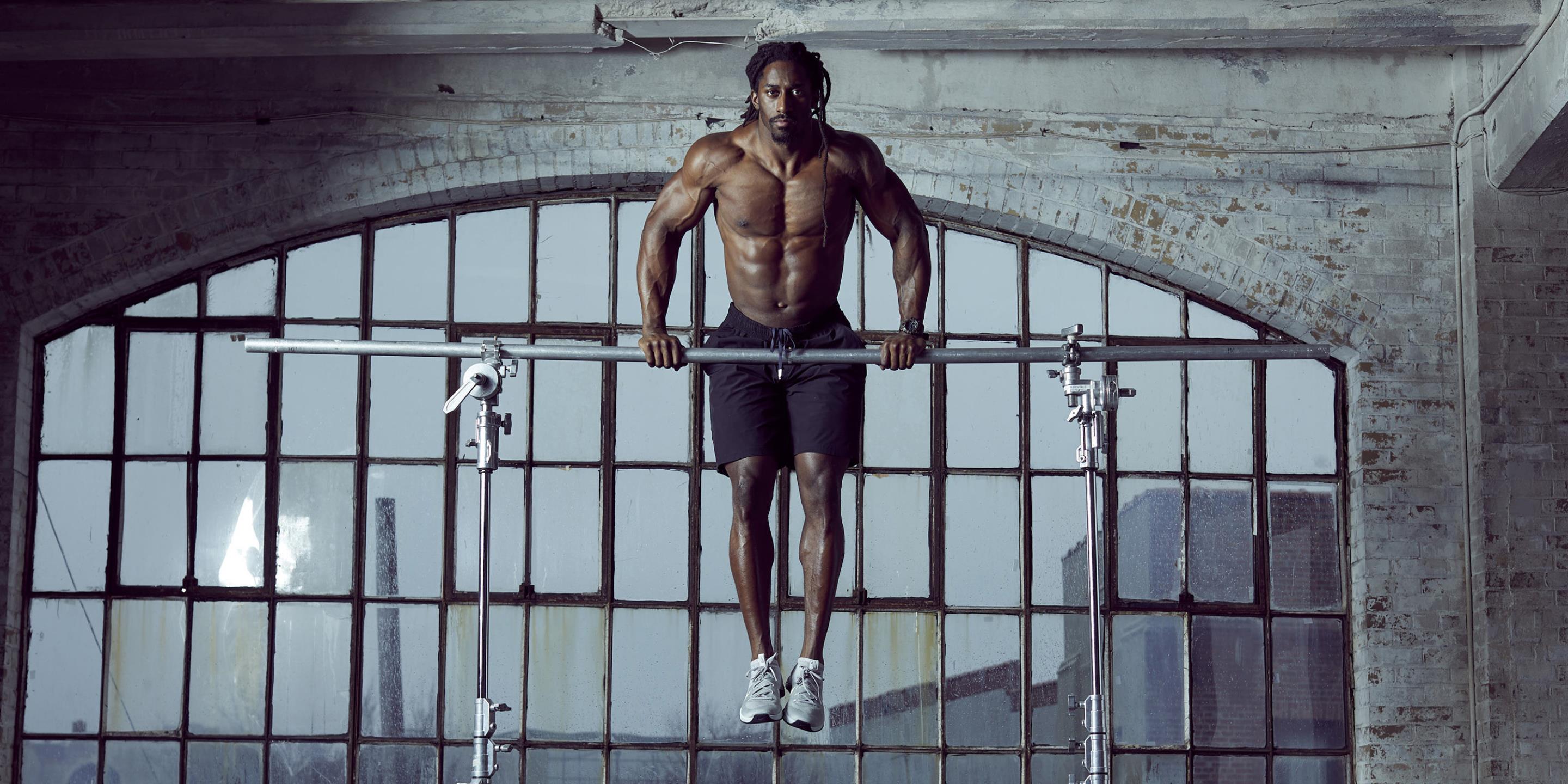