Three destinations where you can mix business with pleasure.

The new trend in travel aims to alleviate the stress that comes with working on the road. “Bleisure” (i.e. business plus leisure) has been the hybrid working its way though the travel industry. According to a recent Bridgestreet Global Hospitality report, 60 percent of travelers reported having taken bleisure trips, with many tacking on additional days to have extra time to enjoy the local activities and culture. If you find yourself in these cities for work, consider visiting the following sites during your downtime:

Often compared with New York for its round-the-clock energy and magnetic appeal, Hong Kong is a metropolis where life is often on fast-forward. Take time to step out of the rush and enjoy this pulsing world capital that sits on an impressive harbour, backed by dramatic mountains.

BREAK FOR LUNCH AT A DAI PAI DONG
Unlike other Asian cities, street vendors aren’t ubiquitous here. Instead the informal, outdoor eating experience is found in dai pai dong, or street-side eateries. One of the most popular restaurants is Sing Heung Yuen, in between Central and Sheung Wan neighborhoods, known for its tomato noodles (macaroni or ramen in a tomato bisque) with a frosty glass of Yuangyang (half coffee, half milk tea).

RIDE THE MID-LEVELS ESCALATOR AND DOUBLE-DECKER TROLLEY
Hong Kong is a transportation-happy metropolis, and when you board one of the many double-decker trams traveling between the 123 stops on the island, you’ll see the sights and will feel the best breeze in the city. Ride the Mid-Levels Escalator, a network of open-air pedestrian ‘travelators’ and escalators connecting neighborhoods up the mountain slope backing the Central and Soho districts; it’s how many locals commute to work.

WALK ON WATER AT SHARP ISLAND
Despite the domination of the skyline by tall buildings and neon lights, Hong Kong is home to a number of paradisiacal green spaces and easy escapes. Have the harbor seemingly to yourself with a jog around the path on the old airport grounds at Kai Tak Runway Park, or stretch your legs on the Dragon’s Back hiking path up to the mountain valley connecting the Wan Cham San and Shek O Peaks.
Or visit an outer island. “Kitty’s Boat,” the most popular private “kaito” ferry from the Sai Kung Pier, delivers you to Kiu Tsui Chau, better known as Sharp Island Beaches, which flank the island’s main attraction: the tombolo. This natural causeway, revealed at low tide, connects to the neighboring park island of Kiu Tau. Consult the Hong Kong Observatory’s website for the day’s tide times before setting out, and plan to walk from one island to the other.

TAKE TIME FOR TEA (OR WHISKY) AT THE MANDARIN ORIENTAL
Between eating Michelin-starred dim sum at Tim Ho Wan and shopping among the independent boutiques at PMQ, you should pause for tea. Hong Kong’s history as a former Crown colony and British territory means some Anglo traditions, like afternoon tea, remain. At the Clipper Lounge inside the flagship Mandarin Oriental teatime is a traditional affair of silver, multi-tiered stands presenting petit fours, finger sandwiches and scones along with the hotel’s beloved house-made rose petal jam. For something a little stronger, step around the corner to The Chinnery, the hotel’s pub and home to one of the world’s largest collections of single malt whiskies.

The national pastime in Taiwan is eating, which is understandable considering the variety of street markets, restaurants and boba tea stands (some with their own dairy farms) that fill the cities. Taipei, as the capital, is the center of this gastronomic frenzy.

TRY A TAIWANESE BURGER ON A FOUR-HOUR FOOD TOUR
What do sesame noodles, “xiaolongbao” soup dumplings, and boba milk tea all have in common? Aside from being mainstays on dining tables in Taipei, they’re all stars of the Taipei Eats food tour. For four hours, a local guide reveals the best of the Xinyi district, near the Taipei 101 skyscraper. Taipei Eats steers clear of the newness, preferring to highlight eateries passed down through generations, that serve as long-time purveyors of the city’s most loved meals and snacks—including Taiwanese burgers (pork belly stuffed in steamed flatbread and topped with cilantro, peanut and greens).

STAY UP LATE FOR THE NIGHT MARKET
Shilin Night Market has become the largest of Taipei’s evening markets with the greatest variety of food and shopping, but it’s the Ningxia Night Market insiders love the most. Famous for its vendors of Taiwanese snacks, Ningxia is open until midnight and is a manageable size and closer in style to the original night markets of decades past. Look for oyster omelets, fresh strawberries, glazed fruits on a stick and barbecue tofu.

CHILL IN THE ORIGINAL CAT CAFE
One of Taiwan’s more famous exports is the concept of the cat cafe. The original debuted 18 years ago and still thrives today as the renamed Cafe Cats & Dogs 1998 in a nod to the golden retrievers that joined the retinue. Unlike much of the city, the vibe in here is calm, as the focus is on good coffee and cat companionship.

GET SPIRITED AWAY TO JIUFEN
This former gold mining boom town is about an hour’s drive from Taipei and takes you down winding mountain roads; its charming hillside tea houses—all with a view to the Pacific Ocean—is well worth the drive. Trivia: Japanese film director Hayao Miyazaki used Jiufen as inspiration for the setting of the 2001 animated hit Spirited Away.

Sea, sun and sand may seem far away from the air-conditioned offices of Sydney’s Central Business District, but in reality, world-class surf breaks, scenic running paths and some of the best breakfasts in the world are right outside.

COOL OFF IN A SALTWATER POOL FILLED BY THE OCEAN’S WAVES
The turquoise ocean pools of Bondi Icebergs Club are natural perfection. Many visitors take photos of the pools, their shapes carved into the hillside at the south end of Bondi Beach and constantly refilled by the froth of natural waves before taking a dip.

SEE THE HARBOUR FROM UP HIGH
To really get to know Sydney you need to first turn to the harbour. Its position on the world’s largest natural harbour impacts the local life immensely. Get a feel for the layout via a Sydney Seaplanes sightseeing flight, which take off from Rose Bay and make passes over Bondi Beach and the Opera House. For a more grounded experience, opt to do the famous Bridgeclimb, which straps in visitors to safety gear, allowing them to walk over the impressive Sydney Harbour Bridge.

START THE DAY WITH A PROPER AUSSIE BREKKIE
Avocado toast, cold brew coffee and vegemite are evidence of Australia’s obsession with breakfast. Workshop Espresso in the Central Business District and Not Just Coffee in Paddington top the list for excellent flat whites and light morning bites.

RUN ON A COASTAL CLIFFTOP PATH
Locals never neglect to make the most of the harbour. Share the sidewalk with barefoot, bronzed surfers along the Bondi to Bronte walk, which connects Bondi beach to Tamarama and Bronte beaches. The path undulates south along the coastline, with scenic views and casual food stands along the way. Runners should head to the Coastal Clifftop Walk, winding from Hornby Lighthouse in Watsons Bay south along Gap Bluff to Macquarie Lightstation. From there, turn into the neighborhoods and keep running for a breathtaking conclusion at either of two sandy, quiet oases with harbour swimming pools: Shark Beach and Parsley Bay Beach. 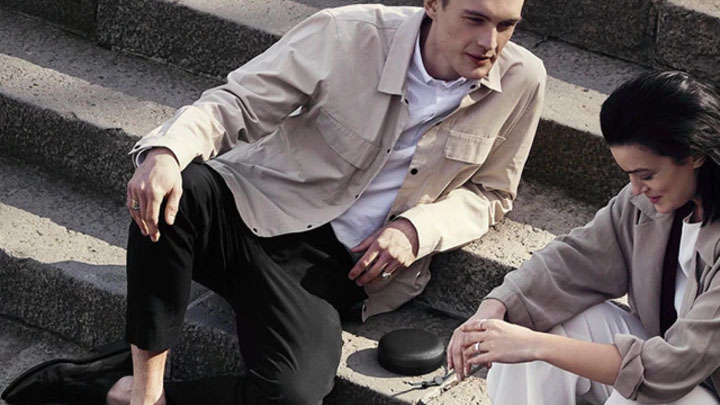 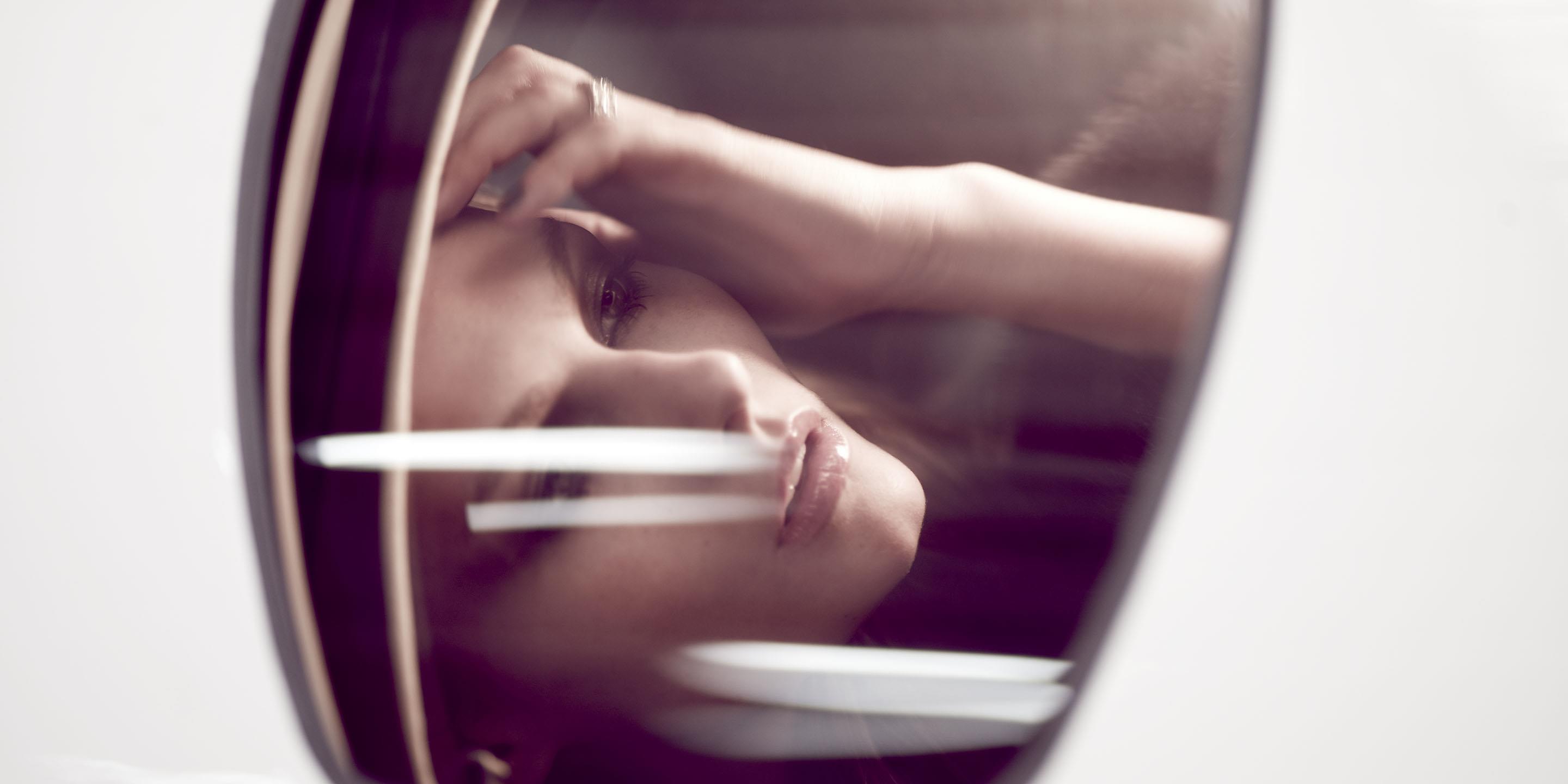 Gear up for spring breakLife