Sorghum is tastier than it sounds 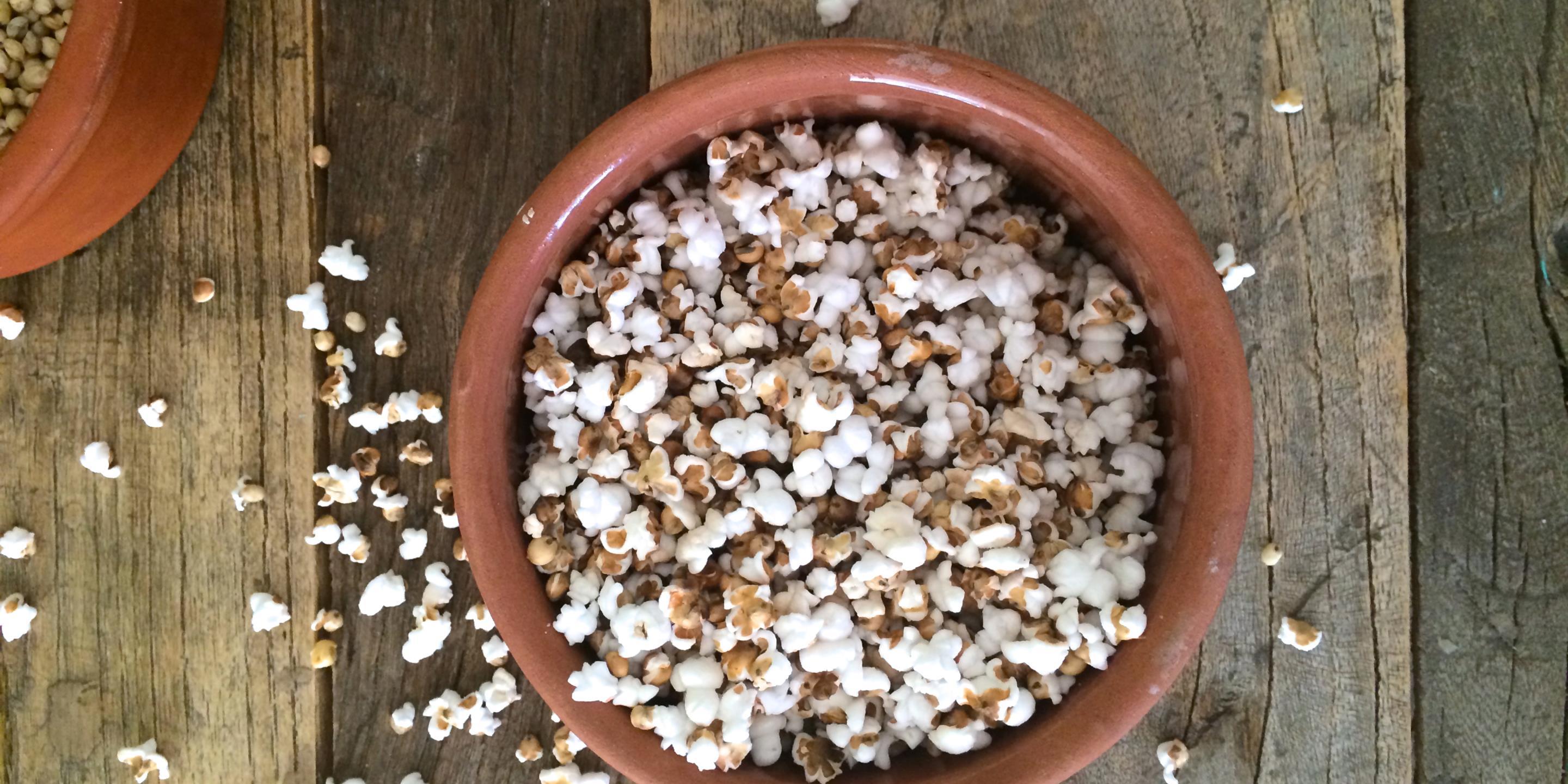 The versatile grain is popping up as a healthy snack option.

If you haven’t heard of sorghum, you will soon. It’s a popular molasses stand-in down South, where it’s processed into syrup, and a great gluten-free option for baking when ground into flour. But this nutrient-rich, non-GMO whole grain is gaining in popularity among the health-conscious.

If you’re one of the many who have sidelined corn from your diet due to hybridizing and genetic modification, you may feel the sting of that loss most on movie night. Your solution: Popping sorghum.

“Aside from not being corn, which is a big plus, sorghum is an easy-to-assimilate fiber that doesn’t irritate the GI tract and it’s high in theanine, so it elevates mood and helps curb cravings,” says celebrity nutritionist Haylie Pomroy, author of The Fast Metabolism Diet Cookbook. “It also has a slightly nutty flavor so it tastes great even without butter.”

The ancient cereal grain, which dates back to Egypt and is a staple in India and Africa, has even more going for it: There’s evidence that the phytochemicals in sorghum may lower the risk of certain cancers and studies show the healthy lipids it contains may lower LDL (bad) cholesterol. It has a lower glycemic index than many other grains and in addition to thiamin, riboflavin, niacin and trace minerals like iron and potassium, you get 5 grams of protein and 8 grams of fiber per ¼ cup.

To sub it for popcorn, just pop the “kernels” (these are actually the seeds of the grain) in a pot on the stove or in a bag in the microwave (for 2 minutes on high). The most notable difference: You’ll end up with smaller kernels that look like baby popcorn. Try Pomroy’s recipe for stove-popped sorghum in a jiffy.

1. Heat 2 teaspoons grapeseed oil (chosen for its high smoking point) in a pan with tall sides. Add ¼ cup popping sorghum. (The kernels need some space around them as they pop, so it’s best to use small amounts and then make additional batches as needed, notes Pomroy.) Shake the pan until the kernels pop or popping slows to a second between pops.

2. Pour into a bowl and season your popped sorghum with anything you’d use on regular popcorn—butter and salt, a few dashes of soy sauce, or shake on some parmesan and herbs. “If you want to keep it healthy, topping it with nutritional yeast creates a buttery flavor or sprinkle on some cinnamon and stevia for a sweeter, kettle-corn sort of taste,” recommends Pomroy.