Step up your cycling How a star of the most grueling sport in the world overcomes injury and stays strong.

Geraint Thomas is the double Olympic gold medal-winning cyclist who in the summer of 2013 astonished the world with his performance at the 100th Tour de France.

He didn’t win. But in an event that is renowned as the ultimate test of endurance and suffering, the 27-year-old Welshman took these to new extremes.

On the first day of the Tour, he crashed. Thomas was stiff and sore but got up, re-mounted, and finished the stage. The following day he was in such pain that he had to be helped on to his bike, and as such, he suffered at the back of the peloton all day. After stage two, a scan revealed a broken bone in his pelvis, he asked his team doctor: “Can I carry on?” The doctor replied that if he was careful, and the injury was managed, he could, but he would have to use pain as his guide.

Like many hell-bent endurance athletes, Thomas listened to his doctor, but ignored the pain. Remarkably, Thomas did not just finish the Tour de France, but in the final week he performed an important role for his Team Sky leader, Chris Froome, who was crowned winner in Paris. “I went to see a specialist after the Tour and he was happy,” says Thomas. “He said it had more or less healed, but I had two weeks completely off the bike just to make sure.”

When Thomas returned to training it’s no surprise that he did so initially on an indoor trainer. Perhaps more surprisingly for someone who earns his living racing on the road, riding indoors is a staple of his training—as it is for many professionals. "If you’re able to cope mentally with two or three hours riding indoors then it’s more beneficial than the same amount of time riding on the road, where there are distractions and you have to stop and freewheel at points," he says. "And because you work harder indoors, it’s definitely a time-efficient way to train. If your time is limited—and whose isn’t?—training indoors is more practical as well as more beneficial."

Here, a Tour de France cyclist shares his best tips for maximizing your time inside:

1. Perfect Your Position
"It’s really important to have the same position on your indoor bike as on your road bike. Use a tape measure to get all the measurements the same, especially the distance from saddle to pedals at their lowest point. The nose of the saddle to the handlebars should also be as close as possible. Injuries can follow if you ride, especially if you ride hard, in a position you’re not used to. The knees are particularly susceptible if the saddle is not at the right height."

2. Focus On Intense Efforts
"It might surprise people to learn that interval efforts are such a central part of my training. Although this season my main focus has been on long road races, the emphasis in training, all year round, is often on threshold work. In other words, efforts that are very close to flat-out. We do 30-second sprints, or efforts of one or two minutes. We do a lot of these sessions on the climbs, and some at altitude, where it’s much harder to get the same power out, but they are the bedrock of our training."

3. Add Variety to Each Session
"You have to vary what you do. If you just ride at a steady tempo it’ll probably crack you mentally. Breaking up the session makes it much easier: a 20-minute warm-up, then a couple of sprints, and a few longer efforts, up to five minutes. Try varying the cadence, too—one effort at high cadence, the next on a bigger gear at low cadence. Anything that brings variety to the session is good for the head and the body."

4. Set A Training Target
"I always need a target. Even little targets make me work that bit harder. Last year, to keep myself going, I downloaded some software (Strava) so that I could compare my times on certain climbs with others. I enjoyed that; it injected a bit of competition into my rides. I’d recommend setting goals to anyone—whether it be to do an event, or a certain spinning class, or to be able to ride a certain distance or improve your power output."

5. Enjoy Distractions
"The one thing I don’t like about indoor cycling is the boredom you can suffer. Sometimes I watch a DVD—a comedy, something like Superbad that doesn’t require my full concentration. I also listen to music— some hip hop, or Eminem, Jay-Z or Nas are favorites." 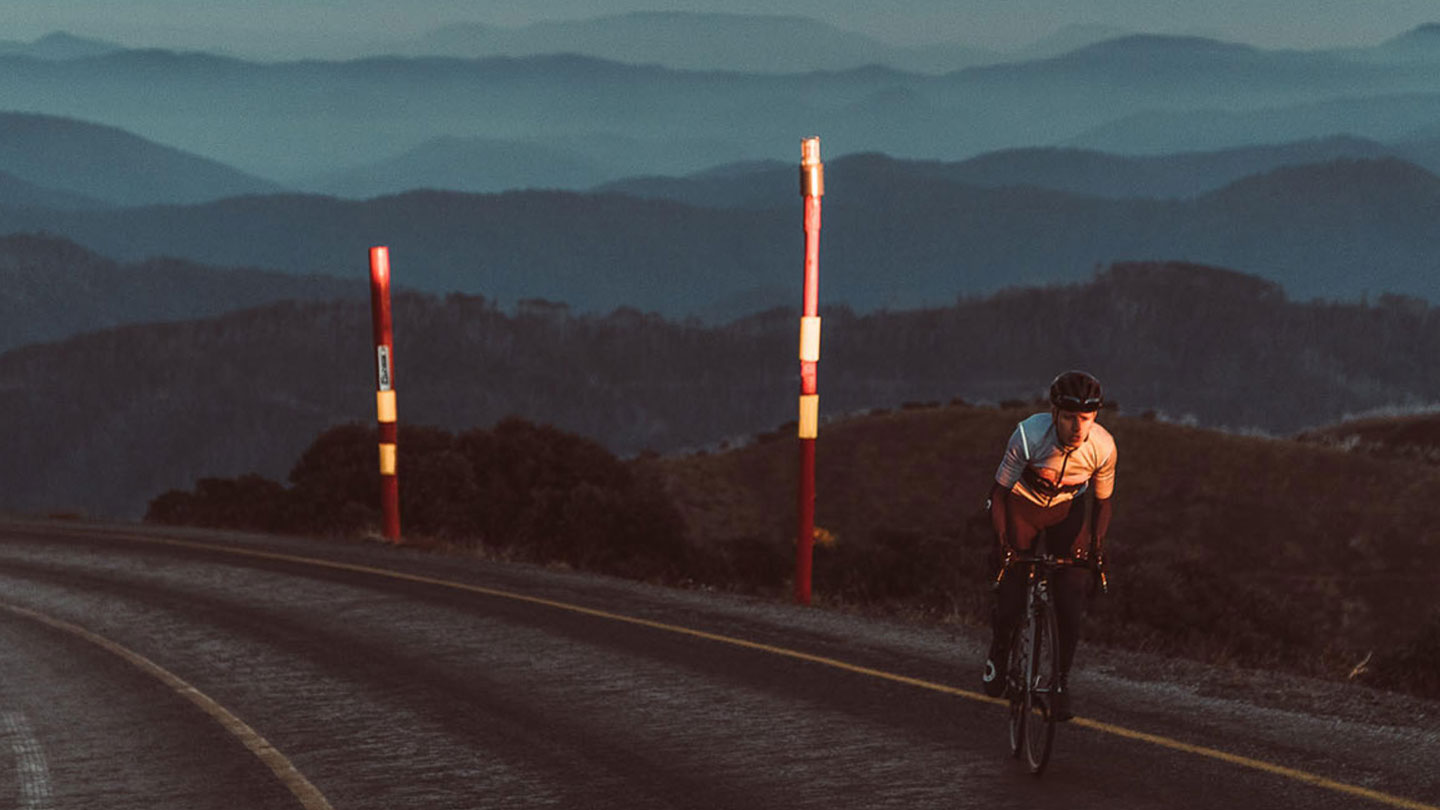 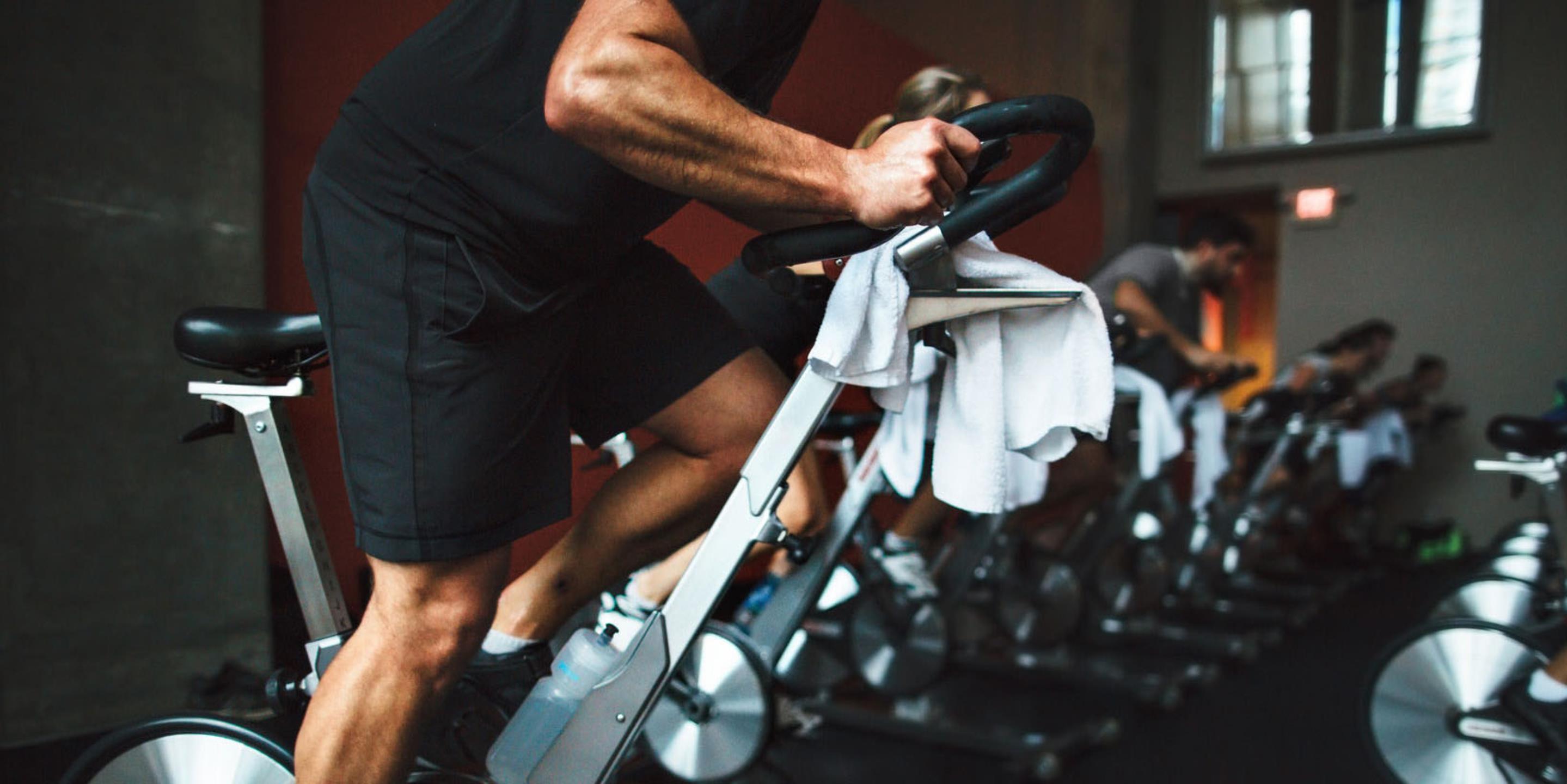