"We were soaked the entire time," Colin O'Brady recalls.

Colin O’Brady was traveling through Thailand in 2008 when he was severely burned while attempting to fire jump rope at a beach party. With third-degree burns covering 25 percent of his body, the competitive swimmer was told he may never walk again.

He returned home to Portland, Oregon, where his mother’s positivity inspired him to set lofty goals. Eighteen months later, he competed in the 2009 Chicago Triathlon—and won the amateur division.

“That was the beginning of the path I’m on now,” says O’Brady, 34. “I realized that with the right mindset, you can access the reservoir of untapped potential inside of you."

He went on to finish more than 50 triathlons before taking on even bigger challenges: summiting the tallest mountain on each of the seven continents and climbing to the highest point in every U.S. state.

In December 2018, he became the first person to complete an unsupported, solo crossing of Antarctica. O'Brady recounts the 932-mile, 54-day expedition in his memoir, "The Impossible First."

Even after that, he felt there was more to accomplish. His next feat, he decided, would involve rowing, something he'd never done. “I was curious to see if I could take what I’d learned from other expeditions and bring it to a new discipline,” he says.

O’Brady and five other men set their sights on rowing themselves across the Drake Passage between South America and Antarctica, a 700-mile journey that includes some of the roughest, coldest, and iciest waters on earth. The group left Chile on December 13, 2019, and completed the first human-powered crossing on the 25th. (Discovery TV chronicled the quest for the documentary The Impossible Row.)

Furthermore caught up with O’Brady after he returned to shore to find out what it took to survive almost two weeks on a 29-foot boat, rowing in 90-minute stints with nothing but protein bars for fuel.

What made this experience unique from your other expeditions?

There were a number of new experiences for me: being in the ocean, rowing, and having a team. Although I’ve had people around me for support before, there was never anyone out there doing the athletic feat with me. It was very different and ultimately, really positive. We came from three continents and none of us really knew each other.

How did you meet?

I knew a couple of them peripherally when I was at Yale University. They called me because they knew I had been to Antarctica and they were planning a rowing project, so we started bouncing ideas around. Fiann Paul, who became captain of the expedition and is a super accomplished rower himself, had been looking at the Drake Passage but was still trying to figure out the logistics of crossing it. We all came together and brought our unique expertise to the table, which was cool. Still, we were all relative strangers until we got together in Scotland for the last three months of training.

Speaking of, how did you prepare?

I didn’t start training until four months before we set out. I’m physically strong and aerobically fit, but building the muscular strength for rowing was crucial to avoid injury.

I worked with strength coach Mike McCastle before my last couple of projects, so he came up with new and creative ways to train the smaller muscles in my wrists and forearms, which you need for rowing. He’d wake me up in the middle of the night and put me on a rowing machine that was propped up on BOSU balls so it moved as if on waves. While I rowed, he’d pour ice water over me to mimic the intense sensations I’d feel on the water: sleep deprived, cold, wet, and with frozen fingers. That level of training was a crucial part of my success.

Another element we worked on was core stabilization. The boat moves constantly, so your core has to adjust to the back-and-forth. I'd hold planks gripping a BOSU ball, dome side down, while Mike kicked it from different angles. Still, as much as we prepared, there was nothing like facing a 40-foot swell for the first time on the Drake Passage.

What did each day look like on the boat?

On a typical day, we’d pretty much row for ninety minutes, eat, then try to sleep in the boat's cabin in sleeping bags. Rinse and repeat. I rarely slept for more than an hour at a time; usually it was more like thirty minutes. Fiann and I would alternate checking the navigation, radio, and weather reports in the boat’s stern cabin to make sure all the mechanics of the boat were working.

Sleep deprivation definitely wreaked havoc on our bodies, so it was tough. Everyone asks, ‘Did you throw a huge party when you finished?’ My answer is yes—if by party you mean sleeping for sixteen hours straight.

How did you fuel for all the physical exertion?

For my last two projects, Standard Process sponsored me and did a full profile of my body to create high-calorie bars made with coconut oil, nuts, seeds, and other plant-based proteins. That’s literally all I ate. When you only get short bursts of rest, grabbing a bar that contains a thousand calories of slow-burning fuel maximizes recovery and nutrition.

How was the weather?

We got caught in some pretty bad storms. The waves crashed over the boat, which is an open hull, and the water was barely above freezing. I wasn’t prepared for the constant cold and wet, which was really trying. We were soaked the entire time. Even during rest intervals, we’d be so tired that we’d just lie down and try to sleep in our soaked boots and jackets.

What was the highest point for you?

When it was over. Completing the expedition and being there with the team, especially after doing so many solo challenges, was extraordinary. The Drake Passage was rough and brutal; we passed through hell and ultimately arrived at this heavenly landscape. I’ve been to Antarctica a few times, but to approach it from the ocean was absolutely mind blowing. There were huge icebergs, humpback whales jumping out of the water, and penguins everywhere.

I’m climbing Mount Everest in April and May with my wife, Jenna, supporting her goal to summit the peak. I’ve done it from the Nepal side, but we are starting from the Tibetan side, which will be a whole new adventure.

This interview has been edited and condensed for publication.

Des Linden is “built for Boston.” 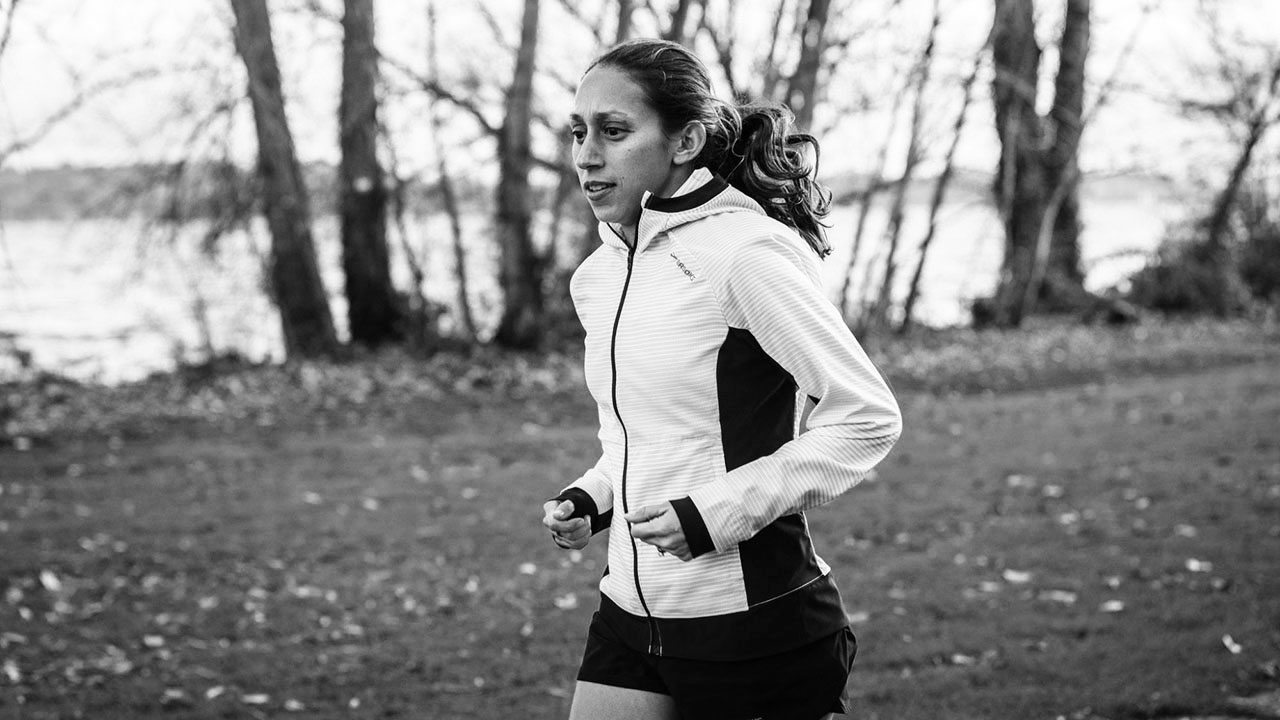