Do them daily for improved focus and confidence.

Carlton Mitchell, a 31-year-old former NFL player, says his football career benefited more from hypnosis than it did from anything he ever did in the weight room.

As a wide receiver for the Cleveland Browns from 2010 to 2013, he suffered several concussions that worsened his short-term memory. Once he signed with the Tampa Bay Buccaneers, he found he was having trouble learning the team’s 100-page playbook. “I was where I needed to be physically, but I knew I needed to get there mentally, too,” he says.

Mitchell recalled a visualization CD his mom gave him in college to help him prep for games, an audio track with hypnosis-like qualities that he says improved his on-field performance. As a Buccaneer, he decided to experiment with sports hypnosis in an effort to build laser-sharp focus and maintain confidence at pivotal moments.

He found his whole mindset had changed after practicing techniques such as anchoring (more on this below) for several months with Lynne Couchara, founder of Tampa Bay, Florida-based Mindset Mental Coaching who is certified in sports hypnosis. “I was able to concentrate at any given time in any situation whether it was on the field, in the gym, or elsewhere,” he says.

Couchara says sports hypnosis can help you remain calm under pressure, increase confidence, and heal certain muscle spasms. "It's a proven, effective mental training method for pro athletes,” says Couchara, who expects demand to grow even more over the next decade as it continues to be scientifically studied and applied in clinical and professional settings.

One study out of the UK found that elite competitive cyclists achieved faster race times after using hypnotic strategies like imagery and regression (in which you explore past memories that you may have forgotten). Separate research showed that hypnosis strengthens flow state in athletes.

In hypnosis, the emphasis is on speaking to the subconscious mind, which controls your habits, perceptions, and thought patterns. Once you enter the trance-like state, the idea is that you’ll be much more receptive to suggestions about concepts and lifestyle changes to help you reach your goals. For example, hypnotherapy is commonly used for pain control by shifting awareness of the pain to a dissociative portion of your mind.

James Revels, a licensed professional counselor at The Becoming Counseling in Asheville, North Carolina, says hypnosis can be especially beneficial when mental blocks are hurting performance. This could mean a tennis player who always double-faults despite having the skills to serve or an endurance cyclist who struggles with steep climbs, even though they have the lower-body strength.

“The athlete needs to get back into the zone but the more times they try and fail, the more the brain gets looped into a pattern of disbelieving in themselves,” he says.

You can try hypnosis with a professional, or on your own once you learn how to enter a hypnotic state.

To do it, softly gaze at a point just above eye level for 30 seconds, take three deep breaths, then close your eyes and do a body scan, Couchara says. Imagine a warm ball of energy moving through you, relaxing the muscles as it goes. You’ll know you’ve entered a hypnotic state when you feel deep relaxation, a distortion of time, and tingling sensations. (This may take up to 10 minutes, and you may have to practice several times before it works.)

At that point, try any of these DIY hypnosis techniques from Couchara to get the benefits. Practice them anytime in a place with no distractions as often as every day.

How it works: In anchoring, you create a specific gesture to represent one of your goals so that every time you make that gesture, you're reminded of your purpose. For example, you might touch your leg during competition as a reminder that you want to feel more confident.

Try it: In the hypnotic state, remember an occasion when you felt self-assured. Live it out in your mind with intensity. When you’re at the pinnacle of that experience—for example, remembering the moment you crossed the finish line or hit a winning shot—touch your leg. Repeat this 5 times to cement the gesture as an anchor. The next time you are competing and you touch your leg, it will re-instill that sense of confidence.

How it works: When using this technique, you link your desired state of mind with an unrelated activity that typically triggers that state. For example, if you want to stay focused at mile 20 in a marathon, you might recall the high level of focus you feel when you’re engaged in a piece of fiction.

Try it: First, write down a sentence that explains the ideal scenario, such as: “At mile 20, I will be just as focused as I am when I’m absorbed in a novel.” Once you’re in the hypnotic state, speak the line 10 times. Then, visualize that you’re mentally slipping at mile 20—and that you overcome it. The next time you’re faced with that challenge, think about reading a book and you’ll regain your focus.

Try it: Choose a physical cue, like holding dumbbells in your hands, to take you back to a calm, focused mindset. Then, assign a line to that cue such as: “When I feel the weights in my hands, I instantly become strong and energized.” Once you’ve entered the hypnotic state, say this line 10 times while picturing the weights in your hands and imagine how strong and present you feel. The next time you pick up dumbbells, you'll be more likely to enter that high-performance state of mind.

This type of exercise is particularly important these days. 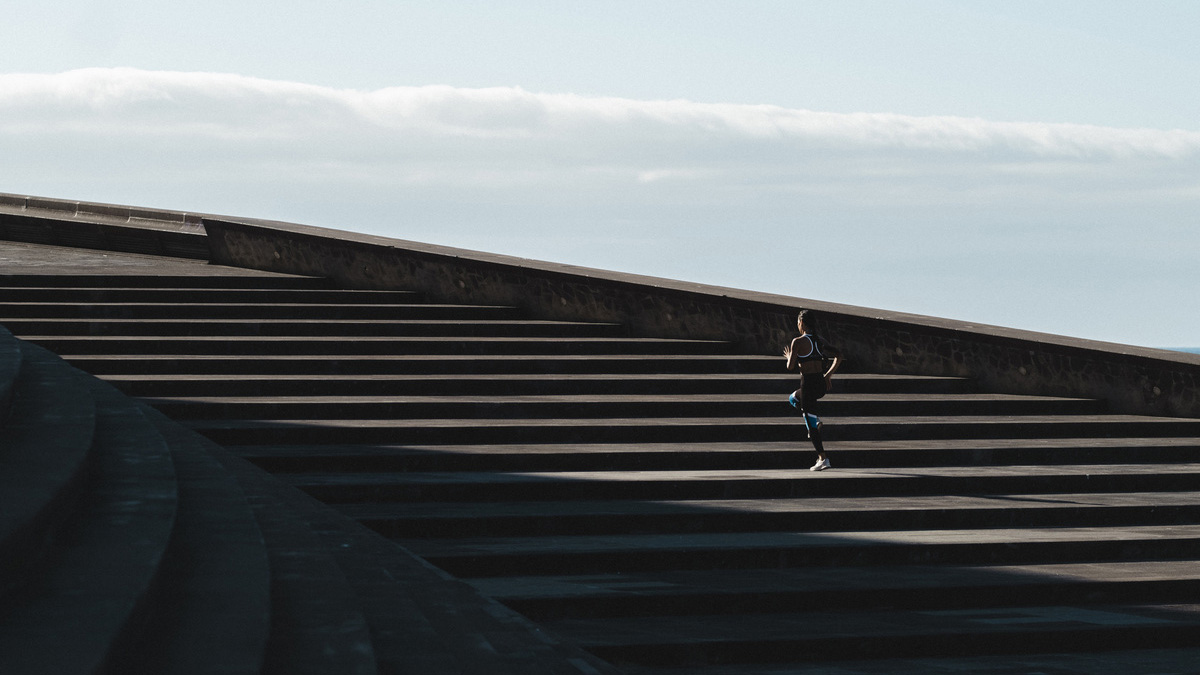