Do them for lower-body power and core strength.

Rugby and football seem similar at face value, but the former is much more taxing on the cardiovascular system, says New England Patriots defensive back Nate Ebner.

In football, players perform very short, all-out intervals broken up by recovery periods. Rugby players, on the other hand, work at about 90 percent of their max for longer durations with less rest in between. “Because of that, they tend to be lighter and faster,” says Ebner, who, in 2016, became the first active NFL athlete to compete in the Olympics with the US national rugby union team.

Furthermore talked to six current and former players about the drills that improve their performance on the pitch ahead of the Rugby World Cup, which kicks off in Japan this September.

One of the most grueling elements that rugby players prepare for is the scrummage (or scrum), when players pack closely together with their heads down and arms around one another in an attempt to secure the ball, says Ben Zagami, group fitness manager at Equinox Sports Club Washington, DC who used to play in the Chesapeake Collegiate Rugby conference. “My quads burn at the mere thought of it,” he says. You can mimic the on-field play with a sled push.

How to do it: Push a weighted sled about 25 yards in a low position, with your torso at about a 45-degree angle to the ground, then repeat in the opposite direction with a more upright stance. Alternate with a partner, resting while he or she pushes, and continue for up to 15 minutes.

To scrum successfully, you also need lower-body power to help you surge forward, says Mike Ross, a retired player from Cork, Ireland, who competed with the pro club Leinster and the Ireland national team. The squat jump bolsters the necessary muscles: the glutes, hamstrings, and quads.

How to do it: Stand with your feet at hip-width and squat until your thighs are parallel to the floor. Press through your feet to explode into the air. Land with soft knees and immediately repeat. Complete 3 sets of 15 reps.

Rugby requires core strength and thoracic mobility, says Minneapolis-based Nate Augspurger, who plays for the USA men’s national team and the San Diego Legion. Having both means you’re sturdy enough to brace against tackles and strong enough throughout your range of motion to execute all the necessary skills, such as passing and tackling.

How to do it: Stand with feet at shoulder-width and hold the end of the barbell (either in a landmine base or propped in a corner) with both hands in front of your chest, arms extended. Without rotating your torso or hips, bring weight down toward your right hip, back to center, then to the left hip, and back to center for one rep. (The weight should move in an arc pattern.) Complete 4 sets of 8 reps.

Blaine Scully, captain of the USA men’s national team from Sacramento, California, also prioritizes core strength and stability. One of his favorite moves is the plank pull-through.

How to do it: Get in a high plank with feet at hip-width, shoulders stacked over wrists, and a dumbbell behind and just outside of your right hand. Reach the left hand under your body and drag the dumbbell to the same position on the left side. Return to high plank and repeat in the opposite direction for one rep. Complete 3 sets of 12 reps.

You need a strong chest to effectively block an opponent with one arm while protecting the ball with the other, says Darren Wallace, a Tier 3 trainer at Chestnut Hill in Massachusetts who used to play for the Tralee Rugby Club in Kerry, Ireland. This exercise combo builds power and strength.

How to do it: Lie faceup at a bench press station with feet planted flat on the floor. Hold the bar with your hands just wider than your shoulders, lower it to the bottom of your pecs, and press up to start for one rep. Complete 5 reps, then perform 10 plyometric push-ups, pushing off the floor at the top of each rep so your hands get some air. Complete 4 sets of the combo.

In rucking, one or more players from each team close in on the ball, moving in a way that closely resembles the bear crawl, says Betty Nguyen, a Tier 2 trainer at Lincoln Common in Chicago who plays for the Chicago Lions Women’s team. “You need to keep your body low, core tight, spine neutral, and feet squared,” she says. You can practice all these things during a bear crawl roll-out.

How to do it: Start on all fours with knees hovering just above the ground and hands gripping a barbell instead of planted on the floor. Perform a bear crawl for 30 yards, taking small steps with the feet and rolling the barbell forward (keeping it under your shoulders) rather than moving your hands one at a time. Complete 3 sets.

Rotational power is important for throwing and multidirectional movement, which you need to dodge opponents, says Wallace. You can mimic it off the field with this medicine ball toss variation.

How to do it: Stand with feet wider than hips, a slight bend in the knees, a medicine ball in front of your chest, and a wall four or five feet to your right. Simultaneously pivot toward the wall and throw the ball against it. Catch the ball and return to start for one rep. Complete 3 sets of 6 reps per side. 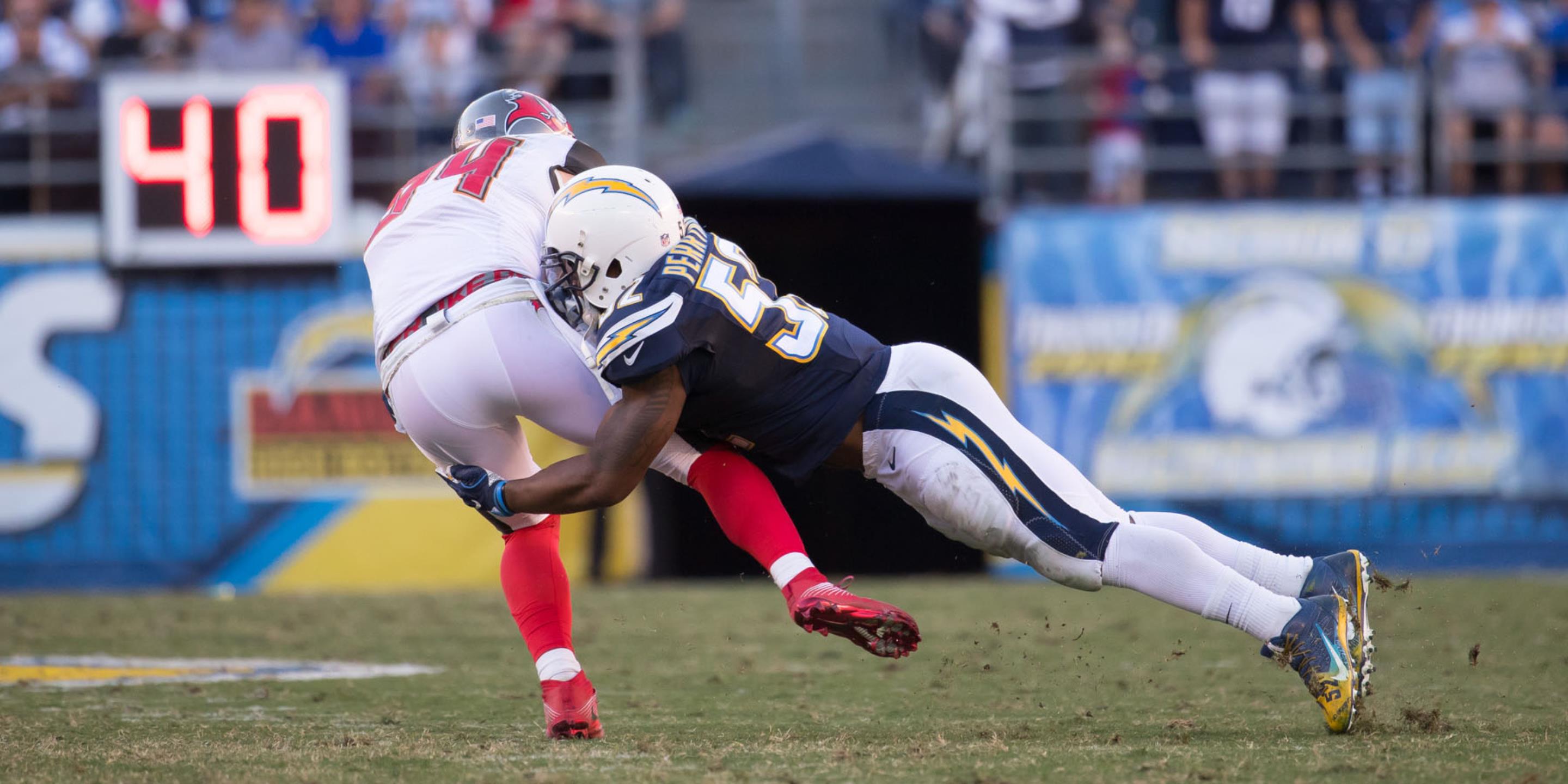