“What I really love about the Los Angeles dining scene is being surrounded by amazing artisans, farmers, and chefs,” says chef Mei Lin. She’s not the only one to sing the praises of the metropolis’s restaurants. The city is famed for its diverse cuisine, from hole-in-the-wall spots to temples of haute gastronomy. In 2016, the late famed food critic Jonathan Gold wrote, “L.A. has been severely underestimated as a food city for a long time...We're the center of a giant and wonderful agricultural region—there's that sort of kinship between chefs and farmers that you don't find in a lot of cities."

Though chef Mei Lin is best known for winning the title of Top Chef on Bravo’s hit show, her background in the industry is just as impressive. She grew up cooking alongside her father in their family’s Chinese restaurant, before working at eateries like Spago Las Vegas and Michael Voltaggio’s ink. In 2018, Lin opened her debut restaurant, Nightshade. The menu is a marriage of Chinese cuisine and other global influences, with dishes like truffled Dungeness crab congee, tom yum chicharrón, and Hokkaido scallops with coconut vinaigrette and crispy ginger.

Here, her go-to places to eat:

“I crave this food on a daily basis,” explains Lin. “It's familiar—the kind of food I grew up eating. I love the mushroom skewer, malawach, and grilled prawns.” Opened in 2018 by husband-and-wife duo Ori Menashe and Genevieve Gergis, Bavel was named Eater Los Angeles’s restaurant of the year. The menu includes innovative dishes like wagyu beef cheek tagine, roasted snap peas with soffritto and mint, and raspberry-rose sorbet.

“This is a taco joint down the street from Bavel,” says Lin. “It’s very simple and delicious. They have two different types: potato and shredded beef.” The shredded beef is marinated for more than four hours and the tacos are served in a crisp, hard shell.

Drive down Venice’s Abbot Kinney Boulevard and you’re bound to see throngs of people outside of The Tasting Kitchen. The hotspot, from Texas-born chef Casey Lane, fuses Southern French and Italian food. After opening The Tasting Kitchen in 2009, Lane has debuted more restaurants, including Breva, Veranda, and Viale dei Romani. “My family is from Marseilles, in Southeastern France, and I’ve always been tied to that kind of richer cooking with dynamic Spanish flavors,” says Lane. “Each of these restaurants is a personal reflection of my passion and an homage to my family.”

Of the dining scene in his adopted home, he says: “Food in Los Angeles is unique in its approach to fresh, light cooking and paying respect to the product.”

“The Kobe beef is topped with garlic slices and cooked on a super-hot stone with paper,” says Lane. “The thinly-slivered potatoes are laid on the stone underneath and finished tableside with a cognac jus—simply perfect. [It’s] the most delicious meat ever, and a meal that never disappoints.” Aburiya Raku also serves a range of other Japanese fare, like housemade tofu, yellowtail carpaccio, and cold udon noodles.

“I like eating at the chef’s counter and ordering the omakase from the head chef-owner,” explains Lane. “Over the years, we’ve become good friends.” The menu always showcases more than 30 kinds of sushi, and the owner selects fish every morning in addition to ordering products from all over the world, including Tokyo.

After he was chosen to expand Osteria Mozza’s brand globally, David Almany spent many years as an executive chef in Singapore. Now, the Angeleno, who began working in kitchens at age 14, is back stateside, as the chef de cuisine of 1 Pico. The location has stunning views, but it’s Almany’s take on simple, coastal California cuisine that steals the show, with items like a lobster BLT and grilled Pacific shrimp with cilantro and yuzu vinaigrette.

“I appreciate the unique punch of flavor these restaurants add to their dishes,” Almany says of his favorites. “I believe that if you are adding signature ingredients, your guests should be able to taste them. My approach is to never shy [away] when it comes to seasoning.”

Here’s where Almany likes to dine:

“[Making] good pasta is labor-intensive and takes a great deal of skill,” explains Almany. “At Felix, they showcase their pasta-making expertise in a glass-enclosed room in the middle of the restaurant. The homemade rigatoni is tossed in a vibrant tomato sauce intensified with guanciale, red onion, and chili flakes.” He adds, “It’s a classic Roman preparation that I would challenge you to find better in Rome itself.” Other notable menu items include chicory salad with dates, pine nuts, and cheese and charred octopus tentacles with spring onions and cherry tomatoes.

“This restaurant has incredible Schezuan food. They really know how to use their spice. My wife is from Taiwan and we lived in Singapore for almost nine years, so Chinese cuisine is very important to us. I love the fragrant chicken with green peppercorns and potato; it’s a perfectly poached chicken, with very thin slices of barely cooked potato and served in the same broth it’s poached in.” Other Szechuan classics like mapo tofu and frog with wild chili are also on offer.

Where to eat in Brooklyn nowFood

Where to eat in Nashville nowFood 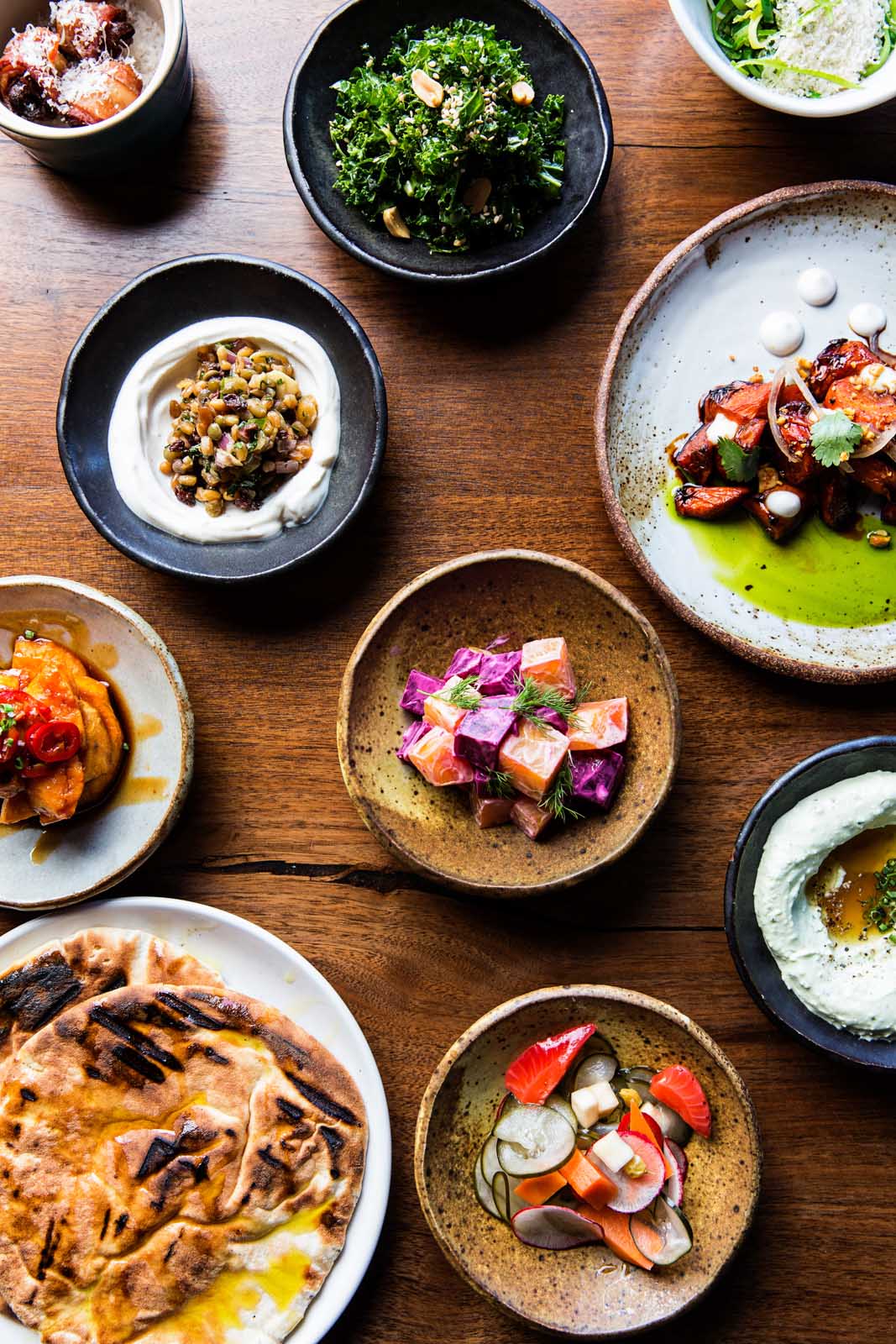