Cycle for Survival raised more than $41 million this year.

Last weekend, more than a thousand people gathered to sweat as music pumped through speakers and break-dancers performed among thick crowds. It wasn’t a Friday night at a boozy bar, but a rainy Sunday morning at Equinox Bryant Park in New York City.

The cause for celebration: Cycle for Survival, the movement to beat rare cancers that was founded in 2007 by Jennifer Goodman Linn, a Memorial Sloan Kettering Cancer Center (MSK) patient and Equinox member, and her husband, Dave. Since its first event, the MSK-owned and -operated movement has raised more than $220 million for rare cancer research. (To donate, click here.)

Those dollars translate into better, longer lives. Take #RozelleStrong, a team that rides in honor of Brian Rozelle, who was diagnosed with cholangiocarcinoma, a rare bile-duct cancer, at 27 years old. “He was a legendary human being,” says his fiance Sue Novik, who rode with #RozelleStrong for the sixth consecutive year. “He often said that even if these funds don’t save his life, they’ll save someone else’s. That’s why I’m here, to carry on that legacy.”

In 2019, #RozelleStrong raised more than $105,000 for the cause. That money funds a six-person research team at MSK that has increased the life expectancy for cholangiocarcinoma patients from three to 12 months.

On that Sunday morning, Novik wore a shirt that read one of Rozelle’s quotes: “I fight not for the fear of dying. I fight for the joy of living.” That sense of passion and hope was palpable at Bryant Park as people cycled, sang, and danced. Below, some snapshots from the event.

Seth Meyers, host of Late Night with Seth Meyers, gave a shout-out to Team Perry, which has raised more than $4 million for Cycle for Survival over 10 years.

Two-time Olympian Johnny Weir took a moment during the morning set to address the crowd. Afterward, he told Furthermore: “It was very important for me to be here because cancer touches everyone’s life, and rare cancers in particular are often overlooked.”

Throughout the event, people visited the Tribute Wall to share their personal reasons for fighting cancer.

Jim Jalove, group fitness manager at Equinox Bloomfield Hills in Michigan, closed out the Sunday morning set with a string of high kicks. 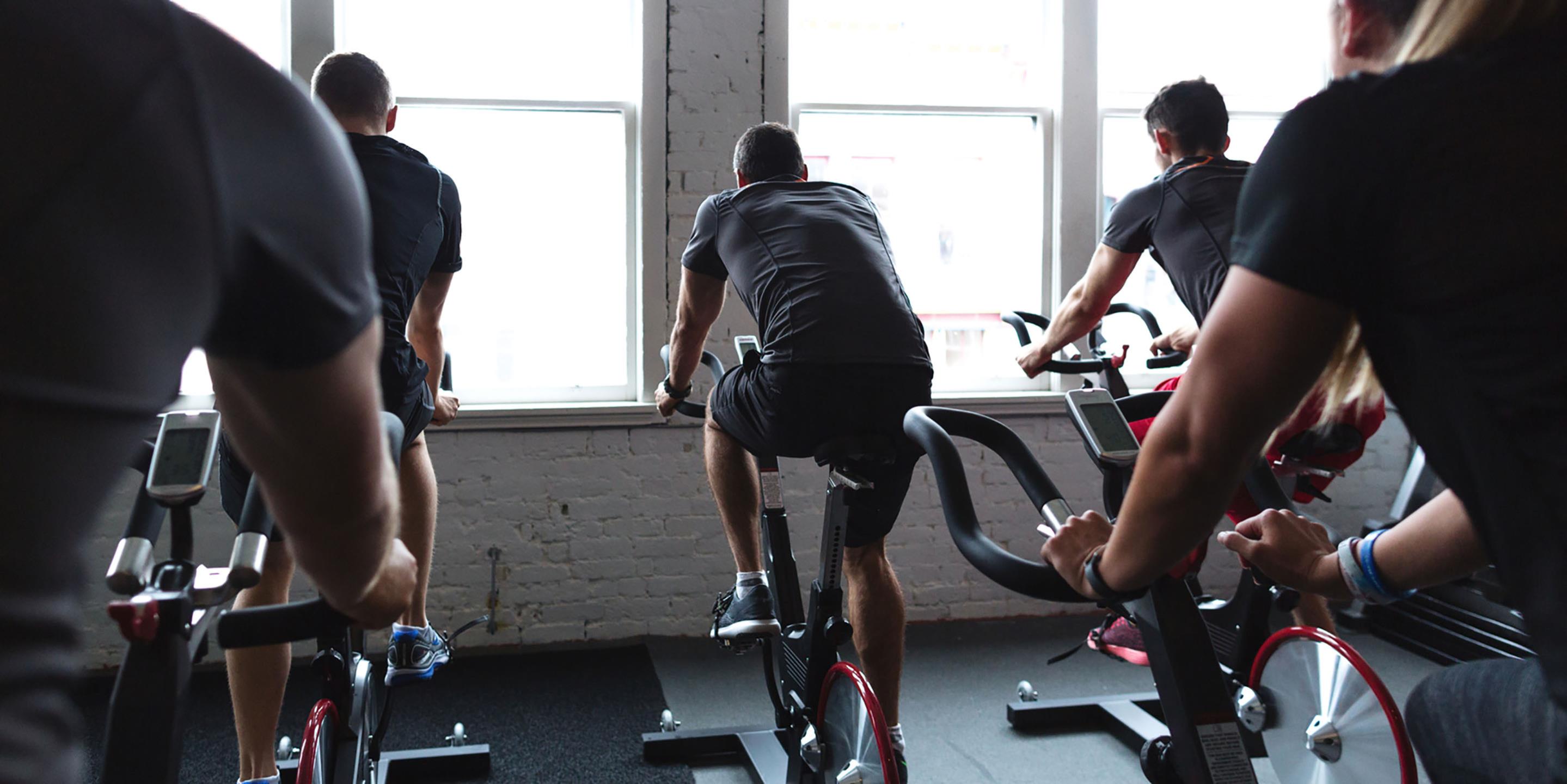