Use the macro to further your performance.

For runners, carbs are king—but that’s only part of the nutrition story. While athletes aren’t shying away from the energy-giving macro (or going full-blown keto), Rob McCabe, a Precision Run instructor at Equinox Kensington in London, has noticed they’re experimenting more with fat.

That’s a good thing, since fat fuels you when carbs can’t.

The most simple form of carbs is glucose. These sugars take the least amount of time and the fewest chemical processes to break down into the body’s usable fuel, adenosine triphosphate (ATP), explains Bethany Snodgrass, New York City-based holistic health coach and operations manager at the Equinox Fitness Training Institute.

While carbs ace the quick-energy test, they fail in other areas, she explains. Your body can only store about 2,000 calories from the macro, which isn’t enough to last you a marathon.

Once you zap that fuel source, fat stores get you to the finish line. While fats take longer to convert into ATP, they create about 10 times as many energy units as carbs do. “This allows endurance athletes to continue running for a long time,” Snodgrass says. McCabe adds that for some, the fat-carb combo is easier on the stomach than a rush of pure sugar is.

To get the benefits, you have to strategically add fat to your diet. Snodgrass warns against making nutritional changes during a training cycle and especially on race day. “Nerves are often already on edge,” she says. “The last thing your stomach needs to do is figure out how to break down something new.”

Instead, use the off-season to experiment, eating slightly more fat pre-training than you normally would. “This is a great time to play the Goldilocks game to see what’s too much, too little, and just right,” she says.

Snodgrass recommends eating a balance of protein, carbs, and fat at most meals. “If you do well with more fat in your pre-workout, you don’t need to add it to every meal,” she notes, since it’s the most calorie-dense macro.

Here are three strategies you can use leading up to race day to maximize the amount of energy you get from every molecule of dietary fat.

While fats can be easier on the stomach than carbs are, they take longer to digest, Snodgrass says. Instead of eating whole-food sources, choose ones that are already partially broken down (like nut butters over whole nuts and olive oil over olives) so your body has less work to do.

Start with half a cup of carbs and a tablespoon of fat, which the body can break down in a single sitting, and only add more if you feel hunger pains during your workout. Snodgrass suggests a banana with almond butter, baked sweet potato with butter or ghee, or juice spiked with coconut-derived medium chain triglyceride (MCT) oil at least 30 minutes before non-fasted runs.

The term refers to your body’s ability to switch between using carbs and fat as fuel, McCabe says. The best way to become more metabolically flexible is through fasted training. “If you only exercise after eating, glucose will always be your main source of energy,” he explains. “But if those stores are depleted, you’re forced to pull in energy from fat stores.”

For those used to running on empty, McCabe recommends logging two to three fasted, steady-state runs of at least half an hour every week, making sure you eat your last meal 12 to 16 hours beforehand. If you're new to fasted training, start with two 20-minute sessions per week, he says.

Maintain that frequency but gradually up the intensity and length of your fasted workouts to stay metabolically flexible. By the time you toe the start line, you’ll be primed to make the most of all your energy stores.

This hearty meal features a bevy of fresh and cooked vegetables.

"The sensation of hunger is tied up in a web of confusion, emotions, and control.” 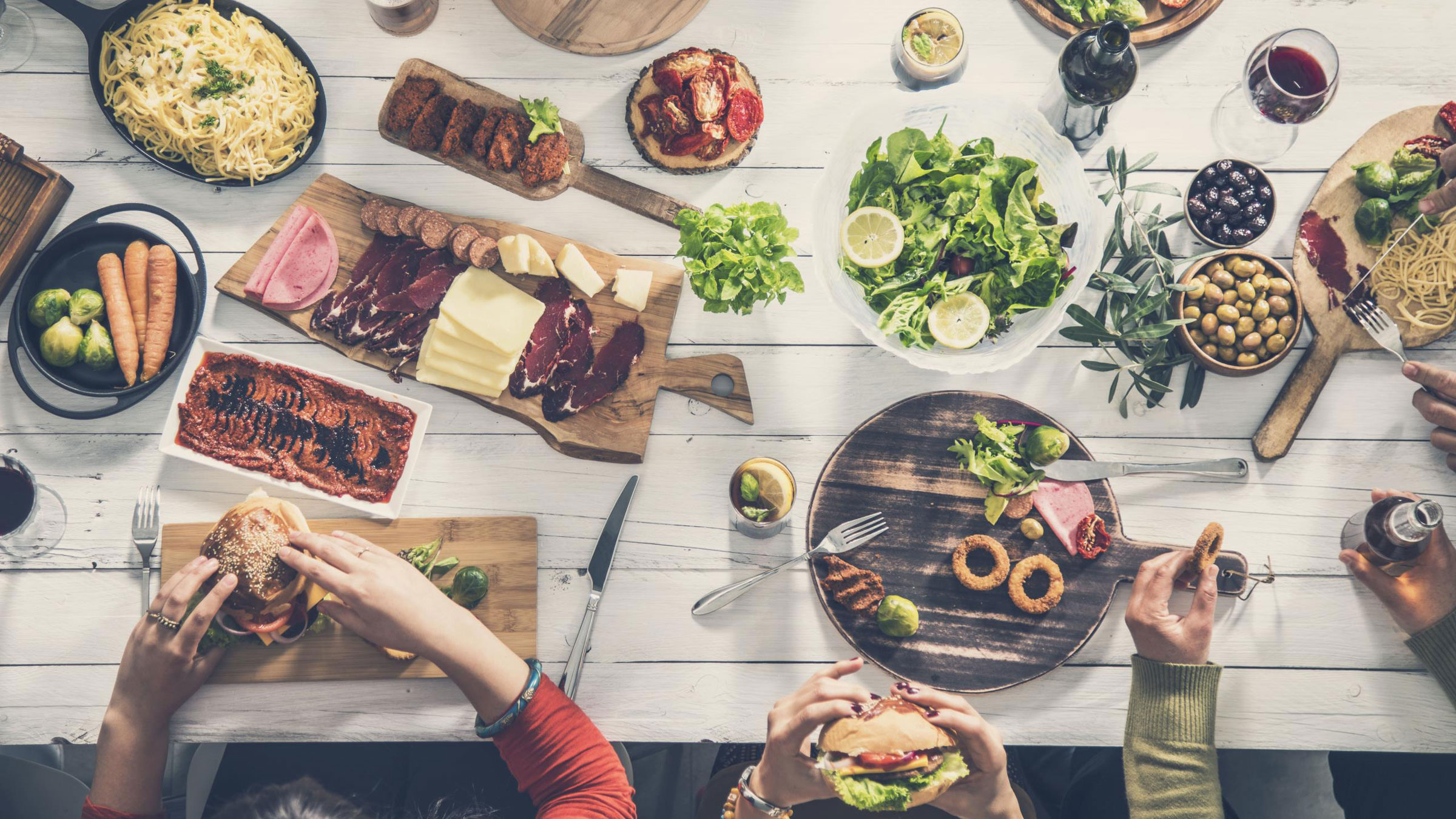