The case against training plans To runners, training plans are everything: the all-controlling document, the injury-avoidance bible, the pathway to a PR. But especially among advanced runners looking to compete, David Siik, Los Angeles-based creator of Equinox’s Precision Run program, makes a strong case against them: “Everyone thinks that having a strict professional plan is great for every goal,” he says. “We’re discovering that’s really not the case.” Many people, he says, claim their best 5K, half marathon, and full marathon times after training sans plan.

Take Michelle Malia, a runner and editor in New York City, who tested a lax style of training for the Brooklyn Marathon in October. While she followed set-in-stone plans in the past, this time she aimed for one 20-plus-mile run every other weekend and two back-to-back medium runs, averaging 15 miles, on the others. She added variety with shorter run commutes and weekly strength class and cycling classes. “I liked knowing that even if I was too busy to run during the week, those Saturday and Sunday runs helped me maintain fitness,” she says. She ended up PRing by almost three minutes.

Chelsea Caracciolo, a 26-year-old doctorate student and runner in Boston, also thanks a laid-back strategy for her recent PR. Training for the Newport Half Marathon, she listened to her body (instead of running through pain, like she had in the past in an effort to complete the obligatory workouts) and supplemented running with cycling and barre. “Going into the race, I felt amazing and most importantly like my body was rested and ready,” she says. “I genuinely enjoyed training rather than feeling like I had a strict plan shackled to my leg.”

It’s a common sentiment, says Boston-based running coach Amanda Nurse, who has run 17 marathons and knows several people (including herself) who have nixed structured training.

When you marry a plan, each week looks more or less like the next: cross-training on Mondays, speed work on Tuesdays, tempo sessions on Wednesdays, easy miles on Thursdays, and long runs on Saturdays, or some variation thereof. It leaves little wiggle room if you’re sick one morning or want to join friends for happy hour on Friday. Saturday’s long run is imminent.

The no-plan plan isn’t as laissez-faire as you might think. You still have to run, but you have the freedom to decide week by week (even day by day) how you want to train, whether that means logging two high-mileage days and three short runs or running the same distance on a few days during the week. Or, perhaps it means skipping a run in lieu of some other form of physical activity.

One crucial aspect of the training plan that you should continue to follow is progression, meaning that you log more miles or overall physical activity week over week. Then, over the three weeks leading up to the race, reduce your training volume and fully taper in the last week.

You should only prepare for a race sans plan if you’ve followed plans in the past. That gives you a frame of reference so you can use your experiences to dictate your solo approach. For example, Malia realized she didn’t need to log hill workouts, since her Central Park route included lots of elevation gain and loss. And Nurse started taking barre classes as a form of strength training because she found it more doable than lifting on her own at the gym. That edit paid off: This fall in Berlin, Nurse ran an Olympic Trials qualifier of 2:41—and felt much stronger.

Instead of worrying about the daily to-do of a structured plan, thinking of a more holistic weekly or aggregate goal lends flexibility and allows you to break it up however you choose. “Training is all about aggregate: total mileage, total fitness, total wellness,” says Ellen London, a run coach with Heartbreak Hill Running Company in Boston. “I set my sights on 70 to 90 miles per week, so if I’m too tired or busy to get an eight-mile tempo run in, I log five quality tempo miles instead. I don’t worry about those three pesky miles, which I typically make up later in the week anyway.”

It can also be helpful to run for a certain amount of time, like an hour out and an hour back, instead of a certain distance. “The point is to spend a good healthy amount of time on your feet, without the incessant pressure of exact mileage,” London says. “You’re preparing your body for the impact of a race and your mind to operate efficiently under uncertain conditions.”

If you put all of these tactics together, you’ll feel ripe and ready on race day—and you won’t need a plan to do it. 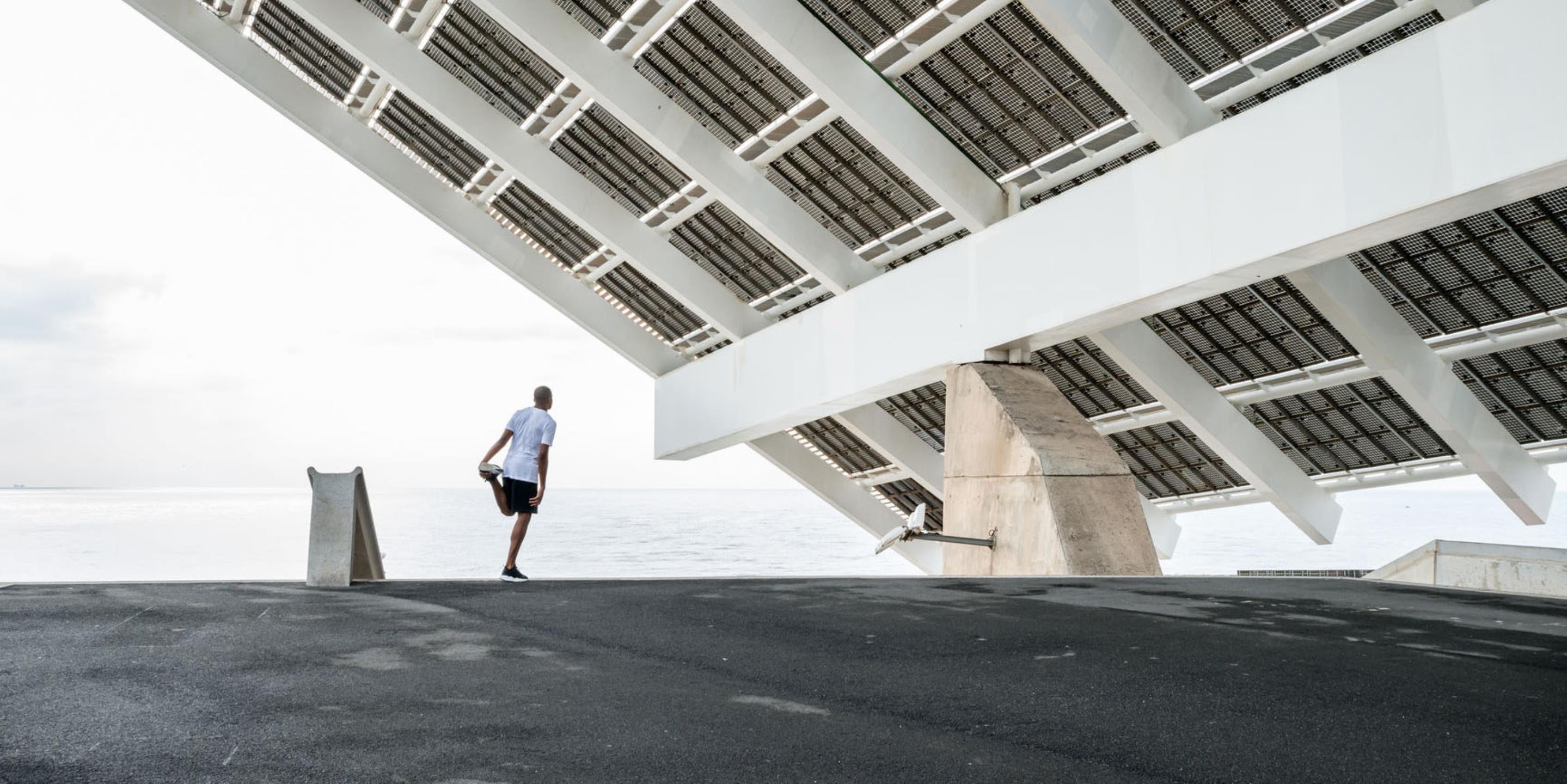