Get a stronger core

Athletes who are serious about sculpting their midsections often turn to the plank. But to stave off boredom—and the risk of plateauing—incorporating new challenges proves key. These exercises all utilize basic tools such as resistance bands, medicine balls, and gliding discs to upgrade traditional plank variations. Fit one or or all five into your routine each week to increase strength and definition.

Wrap a light resistance band loop around your wrists, and get into modified plank position (elbows under shoulders, legs extended behind body, toes tucked under, back flat), with palms facing up and thumbs out to sides. Drive hips up, toward the ceiling, so head points down and hands move out to sides a couple of inches, forming an upside down V (downward dog) with body, pressing back with heels. Lower hips and move hands back to start. Do 5 reps.

From a push-up position, place a sandbag (or medicine ball) underneath chest, aligned slightly to the right. Grab sandbag with left hand and drag it to left side of body (or roll the ball). Go back and forth for up to 45 seconds, focusing on keeping plank level as you move arms.

From the top of the push-up position, place tops of feet and about half of shins on a physioball behind body. While gazing at hands, slowly drag feet in, legs straight, so hips come up toward sky. With control, straighten body back out into a plank. Do five to 10 reps.

Start in plank position (palms under shoulders, legs extended behind body, abs engaged), with a gliding disc under ball of each foot. Keeping back flat, drive both knees in toward chest and rotate torso as you pivot feet and knees from left to right. Return to center, drive legs back out to plank and repeat. Do 10 reps, maintaining a neutral spine throughout. To modify: Lose the rotation. Slide both knees in toward chest and then push back out.

In modified plank position with resistance band looped around wrists (palms up, thumbs out to sides), keep head stationary and back flat as you drive hips from left to right, moving opposite hand a couple of inches out to the side with each push. Do 10 total reps (5 each side). 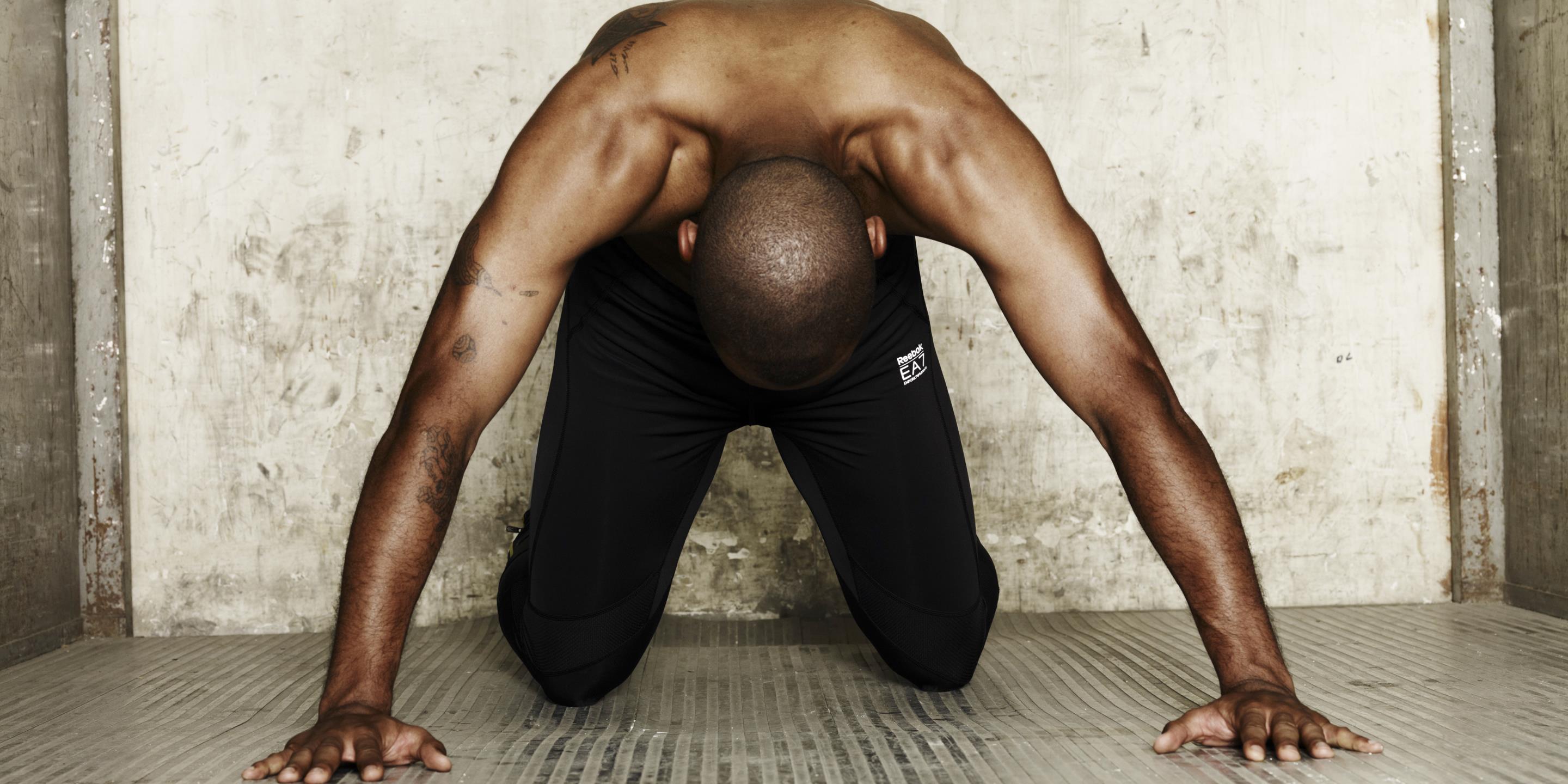