The state of virtual reality

How the latest advancements are optimizing performance, recovery, and injury prevention

Virtual reality is increasingly used to enhance everything from museum exhibits to fitness classes. Elite athletes are using VR goggles to refine their skills, sports rehabilitation clinics are incorporating it into recovery regimes, and others are using it to improve focus and memory.

Here, some of the most exciting things happening with virtual reality, as well as what’s to come.

How VR is changing athletic performance

The VR platforms athletes work with break down the skills they need to be at peak performance—task switching, speed of processing, peripheral vision—and runs them through scenarios that increase neuroplasticity in those areas, explains Jeff Nyquist, Ph.D. a cognitive neuroscientist based in San Francisco who founded the virtual reality mental training platform NeuroTrainer.

“Our VR tasks are scientifically designed to pinpoint areas of mental weakness and light up the neurons that are there, but being underutilized,” Nyquist explains. Newly lit neurons bond to others and stay lit, potentially increasing the brain’s capacities, according to Nyquist. For example, when hockey player Justin Florek (formerly of the Boston Bruins) used NeuroTrainer for four weeks, his ability to zero in on a target in a cluttered environment (in this case a hockey puck amongst a group of players) improved by 44 percent.

Meanwhile, Strivr, a VR training startup based in Menlo Park, California, provides the New York Jets, Dallas Cowboys, and Detroit Pistons a way to mentally prep for an upcoming game while letting their bodies rest. The U.S. Ski and Snowboard teams have been using Strivr’s tech to visually and mentally run the exact course they’ll face at the Winter Olympics this year.

What makes it better than running through a course on a regular TV screen: “When you put goggles on, instead of looking at a 20- or 30-inch screen, you’re looking at a 200- or 300-inch screen because it’s so close to your face. The ‘dosage’ of the cognitive medicine is so much greater,” Nyquist says.

And it works crucial areas exclusive to VR, in particular, your peripheral vision, a very underutilized part of our brain and vision systems, Nyquist adds. “Your central vision is very good, but that breaks down when you’re a serious athlete. If you utilize that corner vision, it actually makes your brain so alert, you feel like you’ve had a cup of coffee.”

Nyquist says that besides athletes, the other group who uses virtual reality the most are optimizers—high-performing, early adopters who want to maximize their thinking and clarity, or prevent memory decline.

It’s just like working out, he says. “The gym puts you through artificially difficult tasks so you’re stronger in the real world. VR can give you artificial mental tasks so you’re better prepared for real life.” For example, if you’re struggling to be quick and alert in your job, or forgetting people’s names, “you can use the tech to go through a series of neuroscience tasks that help improve focus and memory. And these can be conducted in a boardroom so you’re in the actual environment that puts you under pressure,” says Nyquist.

Nyquist also predicts it’ll change the way business is done. Virtual conference calls where avatars are sitting around a table, and in locations like on the International Space Station, can literally liven things up. Plus, the visualization of avatars adds crucial communicators, like body language and eye contact, into the conversation.

Hospitals and clinics are strapping goggles on patients to help combat pain. New York-Presbyterian Hospital is testing the tech on burn patients, while Children's Hospital Los Angeles is using it to help kids with blood draws or injections.

Ray Raven, MD, is an orthopedic surgeon and the chief medical officer of appliedVR, a platform for reducing pain used in clinics like Boston Children's Hospital and Cedars-Sinai in Los Angeles. “When patients come in for outpatient procedures like rotator cuff repairs or ACL reconstructions, they will be offered a VR headset to wear while a nurse takes their vitals and does pre-op work. It runs you through various programs that help ease anxiety about the impending surgery and reduce the perceived pain during something like the administration of a local anesthetic,” he explains. Unlike listening to music or watching a video, VR is much more immersive, making it more visceral and effective than the traditional 2D options, he points out.

VRPhysio was developed for and is used by Israeli Air Force pilots to reduce the risk of spinal injuries by making preventative exercises more effective. Now used in rehabilitation clinics as well, a patient wears the goggles and the program turns rehab exercises into games. For example, arm lifts become a balloon popping challenge.

In addition to helping boost treatment compliance, VR can improve movement patterns more easily. “In physical therapy, using the same cues such as 'sit like there's a chair behind you' don't work to activate muscles for everyone,” says Lev Kalika, DC, chiropractor at New York Dynamic Neuromuscular Rehabilitation & Physical Therapy in Manhattan. “But give someone VR and have them adjust to the visual stimuli and their brain will figure out how to get them from point A to point B and retrain their muscles better than a PT saying, ‘I need you to move this way.’”

VR is also changing the world of diagnostics. For example, CAREN machines, unlike goggles, use a multi-sensory system. Initially developed for the military, it involves placing sensors all over the body and standing on a moveable platform in a dark room, surrounded by large screens. The sensors on your skin transfer your muscle activation and movement to the screen.

This allows the analysis of a person's biomechanics, which is invaluable when it comes to preventative rehab for athletes. When you squat, your avatar squats and your activated muscles light up, unveiling whether both glutes are firing equally or whether you’re releasing your core early. Add a scenario on the screen and some movement to the platform below you, and clinicians can see how your muscles compensate when you’re walking on an uneven road, for example.

“Because the CAREN machine is so immersive, it helps improve gnostic function, which is how all your sensory analyzers—your vision, your balance, your hearing—interact with your body,” Kalika explains. As a result, neuroplasticity increases in these areas, which makes your real world responses faster, better, and more precise, notes Kalika. There's even some research to suggestincreasing neuroplasticity can help tendons heal and decrease stress. "Thirty to 40 percent of patients who end up in physical therapy, especially with chronic issues, have poor gnostic function, but putting someone in the machine is like gaining a sixth sense," he adds.

How VR will evolve

“I think virtual reality is a game changer, not a fad, and can make a huge impact on people’s health and wellbeing, just as psychotherapy, behavioral modification, biofeedback, and things of that alternative nature have impacted people's lives for the better,” says Raven.

Many experts in the industry agree the future of VR is really AR, or augmented reality, in which the digital information meshes with the world as you see it in person. For instance, you could wear goggles that run a simulation of agility training while you're skiing down a slope in real time. “Overlaying the technology on top of our regular world rather than creating isolated experiences is when I think people will really get on board,” Nyquist says.

But, there are hurdles to overcome. “What drives innovation is partly curiosity and partly wanting to help people, but there is also the monetary component,” Raven explains. If science can prove that using VR reduces specific health burdens and health costs, insurance companies may be on board to incentivize it. Self-insured companies or specific health plans may see how well it works and start to offer VR for their own populations.

There’s also the issue of connectivity, Kalika points out; we need more of an open system rather than proprietary platforms in order for it to become accessible.

For now, most VR programs are limited to hospitals, rehab clinics, top-tier sports teams, university training centers, and large corporations. But the goal is for it to eventually trickle down into people’s homes. Soon, you might be able to treat a pain flare up or an anxiety attack in the moment with a VR simulation, or prep for the Boston Marathon or Ironman Kona by actually running the route visually while your treadmill or bike match the course conditions. 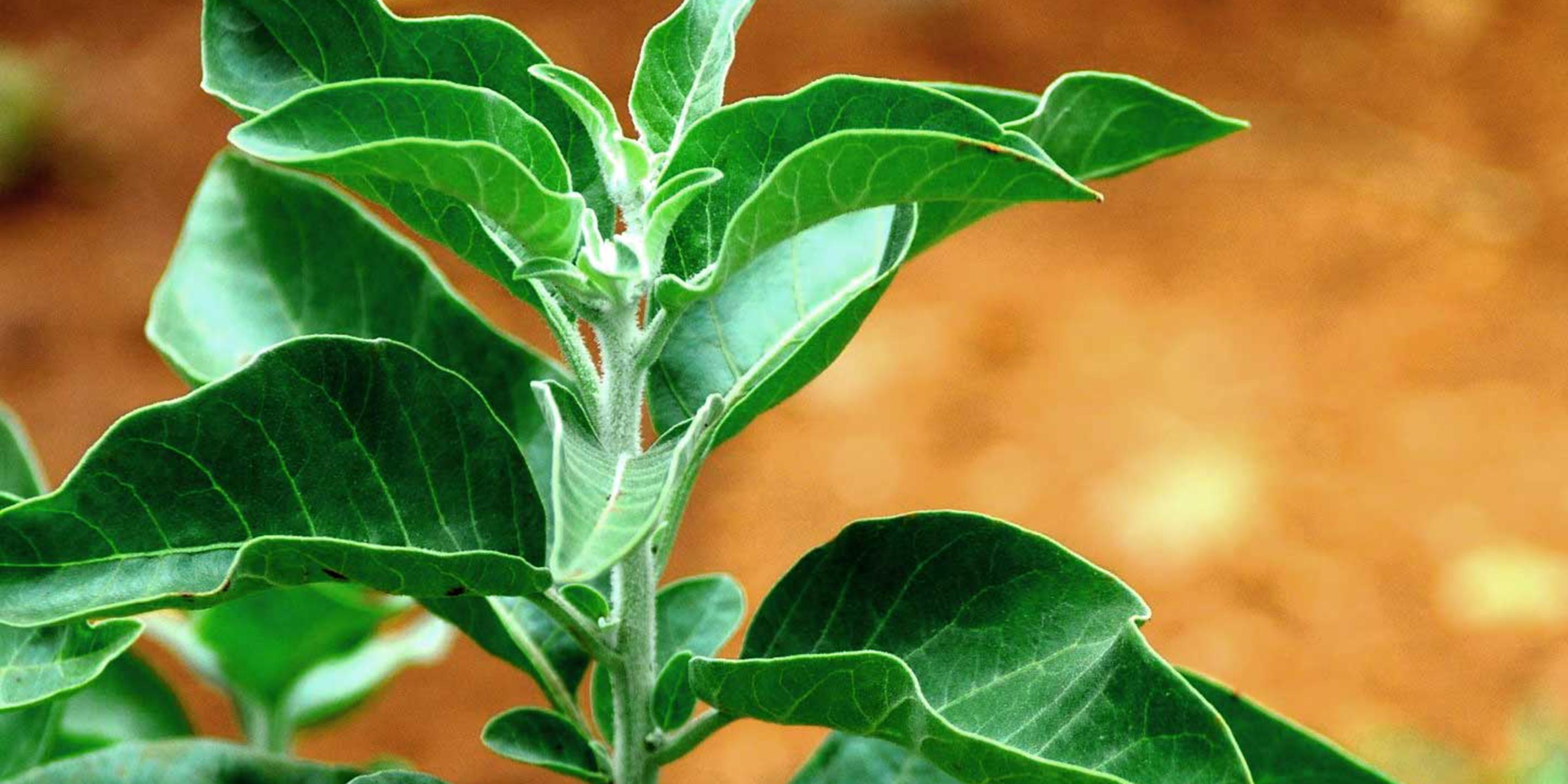