7 athletes to watch in Pyeongchang

In the words of these dedicated rising stars, here’s what makes a champion.

Unwavering discipline and innate skill are key qualities that separate a good athlete from a star athlete. Add resilience, persistence, and an amazing support system, then you have a champion in the making, as these seven Olympic and Paralympic hopefuls may prove to be at the 2018 Winter Games in Pyeongchang, South Korea, starting on February 8. Their inspiring journeys to this point already demonstrate that they're doing more than winning—they're raising the bar for all of us. 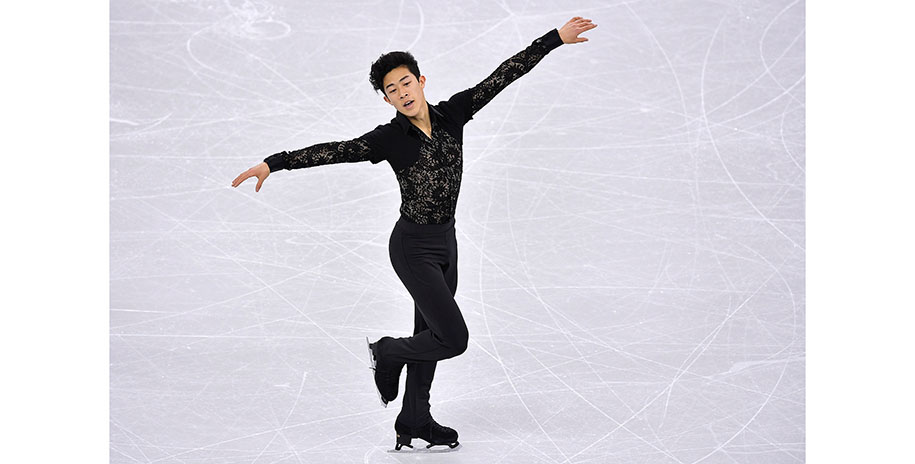 They call him the quad king with good reason. At 2017 U.S. Figure Skating Championships in January, Chen became the first person in history to land five clean quadruple jumps in a single program. The impressive feat earned him his first U.S. national title, setting him on a path to victory. In December, the 18-year-old won the prestigious Grand Prix Final, which sparked the buzz that Chen may score Team USA’s first Olympic medal in the sport since 2010. What's more is that Chen accomplished all this—including a repeat national title this month—shortly after a nearly six-month, post-surgery hiatus.

Chen suffered an avulsion injury (when a piece of bone tears off the main bone) while performing a triple toe loop (a backward jump that starts and ends on the same outer edge) at a skating exhibition in January 2016. “Returning to full strength and relearning my on-ice skills were definitely some of the biggest challenges that I've faced on my road to Pyeongchang,” says Chen. But he’s made a speedy recovery thanks to serious dedication: “I am at the ice rink from 9 a.m. to 5 p.m. every weekday, and skate a few hours on the weekends. Aside from that, extensive off-ice strength and conditioning is necessary to prepare the body for the demands of competitive figure skating. I always remind myself to trust my training, and truly enjoy the moment,” he says.

What makes me a champion: “If I could attribute one thing to my success, I would boil it down to my team. I have the most supportive and incredible family, friends, and coaches who, without them, I never would've made it this far,” says Chen, a member of Team Kellogg’s.

Like the beloved '90s blockbuster, Cool Runnings, a trio of unlikely candidates—Nigerian former sprinters—beat the odds to become the first-ever African representatives (male or female) to qualify for the Olympic Winter Games in this sport.

“Because track and field is the base of all athleticism, it was easy for us to make that transition,” says brakewoman Omeoga, 26. There's one hitch: “We had to put on pounds for the sport, so being in the weight room to pack on the good weight has been a challenge, and very important. There's no way to train for bobsledding without muscle and speed drills,” Omeoga adds. You need that power to push the sled for 50 meters, reaching speeds up to 20 mph, then hop in and brace yourself for a harrowing minute-run at speeds up to 90 mph.In addition to lifting heavier, the Team Visa athletes have also been able to eat more freely, which is a luxury compared to their former strict diet for sprinting.

“The support has been overwhelming,” says brakewoman Onwumere, 26. “Every day on social media, we're getting a new comment, new tag, new post where people are talking about how proud they are to be Nigerian right now because of our positive influences,” says Adigun, 31, the team's driver. “Recently, the sport ministry [of Nigeria] announced that they will be supporting bobsled and skeleton athletes, for men and women, which is huge,” Adigun adds

What makes me a champion: “Persistence. You only fail when you quit,” says Onwumere. “The defining point for being a champion is legacy. Success happens on a continuum,” adds Adigun. “Adversity,” chimes in Omeoga. “You always have to have a breakthrough. It cannot be easy, right? Really just trying to persevere and being OK with the discomfort.” 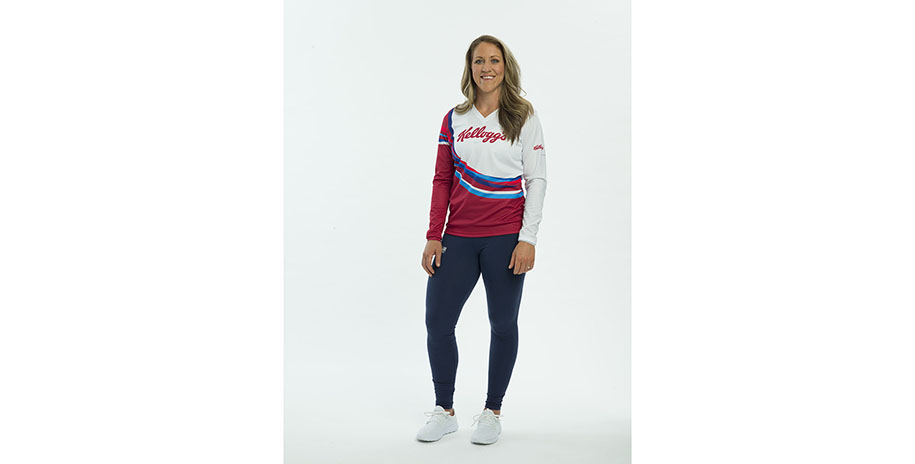 After 15 months of private negotiations, the U.S. Women’s National Hockey Team ended their gender equity battle with a groundbreaking contract and their seventh World Championship title. “This was a huge win for girls and women everywhere in hockey and other sports,” says two-time Olympic silver medalist Duggan, 30. “No matter how many hours it took, or how difficult it was at times, we never would have backed down. I was encouraged throughout the entire process by the quote, ‘Little girls with dreams become women with a vision.’ Be proud to be a woman. Keep sticking together. Keep supporting each other. And keep pushing.”

Though the team generally trains, on and off the ice, from 7:30 a.m. to 2:30 p.m. almost daily, it's really a 24/7, 365-day-a-year job to be an Olympian, claims Duggan. “When we aren’t physically training, we are mentally training. When you’re able to maintain a confident, composed, and steady head in the heat of any battle, you’re going to be successful.” Duggan's pre-game mantra: “You're ready. We got this.”

But that doesn't mean she doesn't stumble. “The biggest challenge that I've faced on the road to Pyeongchang was looking at myself in the mirror after a heartbreaking team loss in Sochi and asking myself, 'Did you do everything you could have? What are you made of, what’s important to you? How can you, and how can we, be better next time?'” says Duggan. “We as a team have spent the last four years asking ourselves those questions and becoming better for it. The culture we have built and the strength we have found over this last Olympic cycle are incredibly powerful.”

What makes me a champion: “The ability to understand and recognize the power in challenges or discomfort. Life isn’t easy. Sports aren’t easy. And training to be an Olympic athlete comes with constant roadblocks. Being able to see those challenges as opportunities to grow and become better is something I believe has helped me in my athletic career,” says Duggan.

The 28-year-old Paralympian, eyeing her fourth Olympics, has a befitting last name considering that she's mastered three Olympic sports: rowing (bronze in London), cross-country skiing (silver and bronze in Sochi), and hand-cycling (4th and 6th place in Rio). “South Korea will be my first Games where I've done that sport at a Paralympic-level already. I'm going into this with confidence, knowing what I can achieve,” says Masters, a double-amputee who removes her prosthetics pre-race.

Born in Chernobyl, Ukraine with radiation-induced birth defects—including webbed fingers, no thumbs, six toes on each foot, one kidney and only parts of her stomach—from the nuclear power plant catastrophe in 1986, Masters lived in an orphanage until age seven when she was adopted by an American woman. After moving to the U.S., Masters had her left leg amputated above the knee at age nine, then her right leg five years later. She picked up adaptive rowing in between major surgeries as a way to cope, and began skiing shortly there after. “It was a huge form of therapy,” recalls Masters, who trains on snow and in the gym about 16 to 20 hours per week, and spends an additional five hours at the indoor shooting range weekly.

She also focuses on her mindset: “When I am on the start line of every race, I breathe in and say to myself 'I am' breath out 'strong.' On race days, I will wake up and take a minute to reflect on the moments that got me to where I am on that current competition day. As an athlete it is important to find that will and push forward. So I enter each race with the will to never give up and race in the moment of my races.”

What makes me a champion:“I would not be the athlete I am today without the support of my family, friends, and sponsors, like The Hartford. I am so grateful for The Hartford’s long history of supporting not just me, but also the U.S. Paralympics for more than 20 years. It is support like this that allows me to focus on training and competing at a world-class level.” If Masters wins gold, however, that medal is “going straight to my mom's neck.” 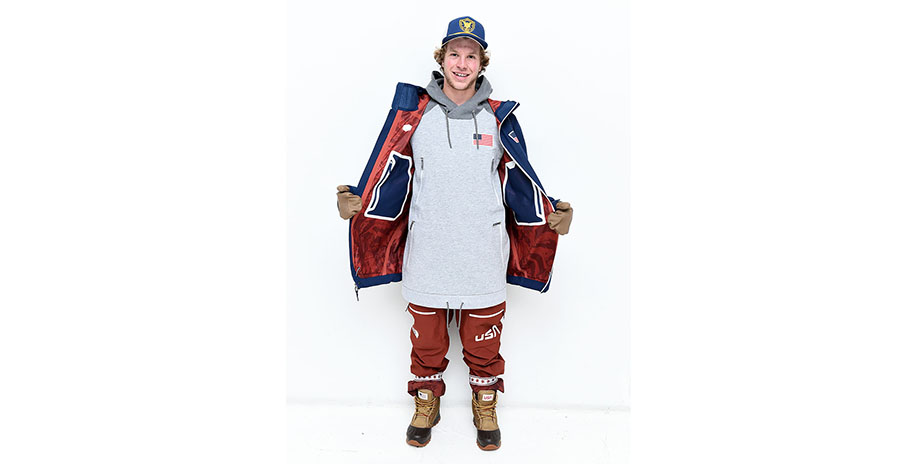 At his first Winter Games in 2014, Blunck, then 17, made his Olympic debut with freeskiing. He finished seventh overall in the men's halfpipe—not bad for the youngest guy on the team in a brand new sport. During this Olympic cycle, Blunck has had to work past some injuries (par for the course in this risky sport) and, in the process, built a serious street cred, picking up some hardware along the way. In 2017, Blunck nabbed gold medals at the X Games Aspen in superpipe and the FIS Freestyle Ski and Snowboard World Championships in Spain. At the Olympic test event in South Korea last February, the North Face athlete's second place finish put him in prime position to be a real contender.

Blunck cross-trains with exercises that are helpful for skiing, like backflip burpees, high box jumps, and agility moves. "I typically spend about five days a week in the gym during the offseason and about three days a week in the gym during ski/competition season, focusing mostly on recovery workouts after a long day of skiing,” says the 21-year-old. “You need the physical strength to be able to execute the tricks and to bounce back from injuries quicker.

Mental strength is equally important. You need it to visualize a trick or give yourself confidence before learning it on the mountain, says Blunck. “Before I drop into the halfpipe, I always take 10 deep breathes and say to myself, 'Every day in the mountains is a good day in the mountains.' It always puts a smile on my face and makes me forget about the competition ahead. At the end of the day, it’s still skiing and whether you win or lose doesn’t change that.”

What makes me a champion: “I believe that when you’re having fun that’s when the success comes, so before each contest I try and take one long lap to remember all the reasons why I love this sport so much.”
How athletes train: Adrian PetersonBody