Even more burpees you should be doing

7 ways to add intensity to the go-to exercise

Burpees are a classic total-body movement that will develop power and stability while boosting your metabolism. But you’re not limited to the original iteration. Last month, Equinox master instructor Gerren Liles brought you six new ways to do burpees. From the crawling burpee to the skater burpee, check those moves out here. Now, he's offering seven more heart-rate revving twists to try.

Pick one or two of these moves to sprinkle into your routine at a time (or use them as a metabolic finisher). Liles recommends doing them for time rather than reps. Start with one minute and work your way up to one and a half minutes, completing as many reps as possible in that time.

Hold a medicine ball at your chest. Drop down to do a squat thrust (make sure the ball is directly under your chest at the bottom). Once you're back to the starting position, do a reverse lunge, passing the ball behind the front leg. Return to standing position and repeat, switching legs on the reverse lunge. That's one rep.

Do a squat thrust into plank. From there, hop to pull your knees into your chest, straightening your legs quickly to return to plank. Jump your feet forward, stand up, and hop. That's one rep.

Hop up, then squat thrust into plank position. From there, rotate around in plank until you are face-up. Continue rotating until you've returned to a normal plank in a different spot. Jump to standing position, hop up, and squat thrust back to plank. Repeat the turn in reverse, returning back to the original spot. That's one rep. Be sure to maintain a straight line from your shoulders and ankles as you rotate from one side to the other.

Hop up, then squat down and place your hands on the floor. Jump your legs out about 45 degrees to the left of what would be a normal plank. From there, do mountain climbers while simultaneously shifting your body to the same 45 degrees on the right side. Jump your feet back to your hands and stand up. That's one rep.

Place a step on the ground and stand to the right side of it. Hop up, then squat thrust into plank with right hand on the step. Do a push-up, then walk your hands across so that you're on the other side. Do another push-up, then jump your feet forward and return to standing position. That's one rep.

Start standing with right foot elevated. Keep right leg in the air as you squat thrust into plank position. Do three quick mountain climbers, ending so that left foot is elevated, and return to stand. Hop up and repeat on the other side. That's one rep.

Try it: the Bulgarian bag

5 Bulgarian bag exercises for the core and more 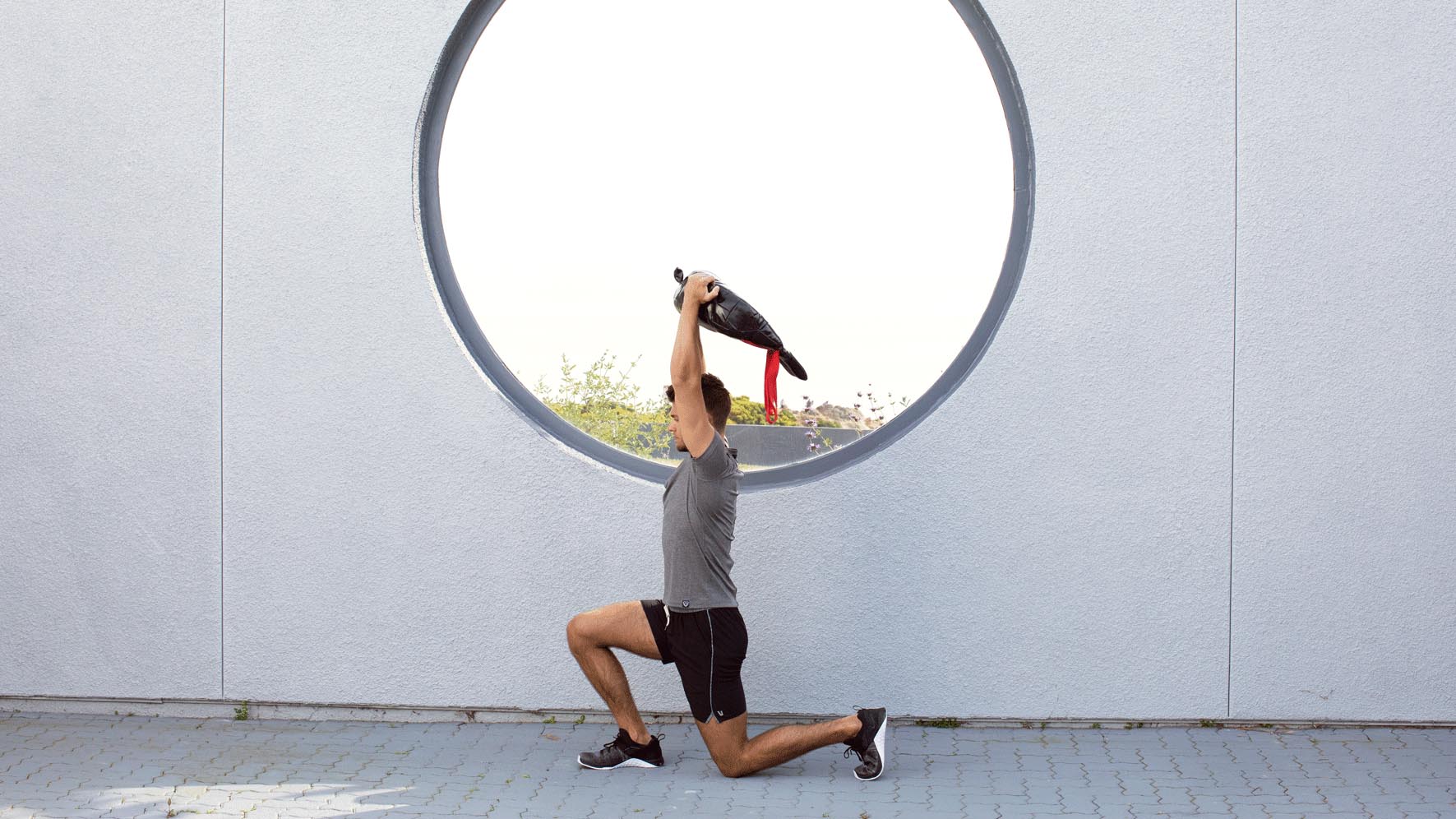