You'll be healthier (and happier) if you bring some green indoors.

From elevating the design of a room to improving air quality and your mood, the benefits to houseplant ownership are aplenty. But if the thumb you use to double tap on dreamy leaf-filled interiors on Instagram isn’t so green, taking on a trendy plant can be daunting. We tapped some of the best experts in the game to share the statement-making botanical choices that you’ll be able to enjoy with very little attention. Teaser: None of them require tons of light or daily watering, they can all live in the same pot for years, and they're even game to move around from room to room without freaking out. Read on. 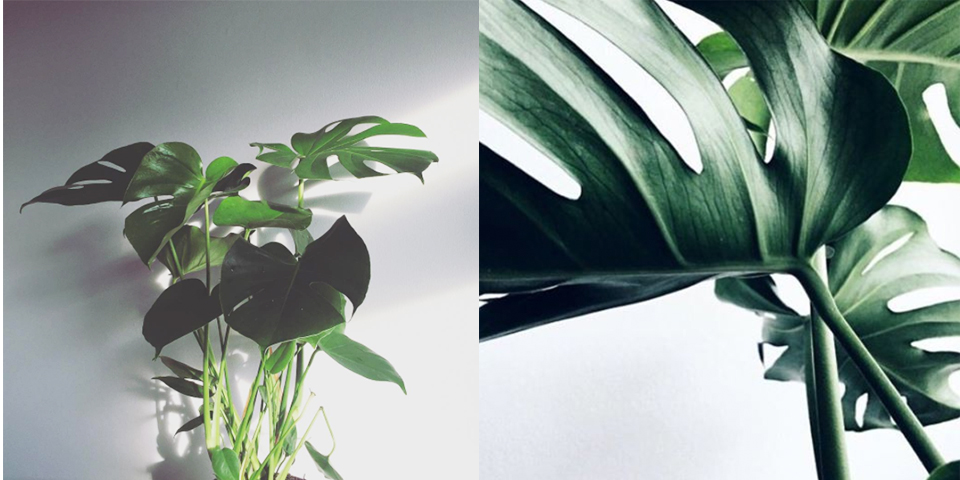 Chances are very high that you’ve seen a Monstera in the wild. The tropical plant and its distinctive leaves have taken residence in restaurants, shops, spas, hotels—basically anywhere trying to look of-the-moment. The plant even has its own (very popular) day-of-the-week hashtag #monsteramonday. Consider this Monstera 2.0. “The variegation is so beautiful and organic,” says Greg Peterson, the store manager of Brooklyn’s Sprout Home. “The contrast between the white and the green is almost chaotic—like someone threw paint on it in a Jackson Pollack kind of way.” The art references don’t end there. “When I see the Monstera leaf, I always think of Matisse,” Peterson says referring to a recurring shape in the late artist’s cut-outs phase. Don’t worry, a team of restoration specialists isn’t needed to keep this piece of art looking its best. “It actually prefers to be left on its own,” says Peterson, who owns a few that he admits he waters “infrequently” but have grown from a bar-height shelf to the floor over the course of a few years.

Water: Whenever it looks droopy. They are drought-tolerant plants that can go for a week, two weeks, sometimes even three weeks or longer sans water without too many negative effects.

Light: Low to medium. A bright room is okay, but it would prefer a more shady corner, or in a room with just one window.

Pruning: According to the sculptural shape you want it to take. It’s like a Bonsai, you can trim it as much as you’d like, as long as you leave one or two leaves, you aren’t going to hurt it. So if you see a sad leaf coming through, prune it, which actually conserves the plant’s energy.

If you’ve been burned by the experience of taking care of the super-trendy, yet very fickle Fiddle Fig Leaf tree, the Sansevieria could be your antidote, says Christopher Satch, plant scientist at TheSill.com.“The easy-to-take-care-of Snake Plant is like the cure to the Fiddle Fig Leaf hangover.” The large and hearty succulent “stands up to lots of abuse and neglect,” he says. “You can actually abandon it, and it will still love you the same.” Mother-in-Law’s Tongue (the leaves look like sharp tongues) is not exactly new on the indoor plant scene. It’s more of a classic being appreciated all over again, Satch points out: “It’s been a staple since houseplants were a thing. A tried-and-true choice that serves as a reminder why we fell in love with houseplants in the first place.” Because it only grows vertically, you can tuck it virtually anywhere. “Plus, the upward-pointing leaves can also add an uplifting feeling to your space,” says Satch.

Water: It’s fleshy and retains water, so just whenever it feels dry. Usually once a week, or every other week.

Light: It can withstand a darker corner, but really explodes with growth if it’s in a sunnier spot in your home. 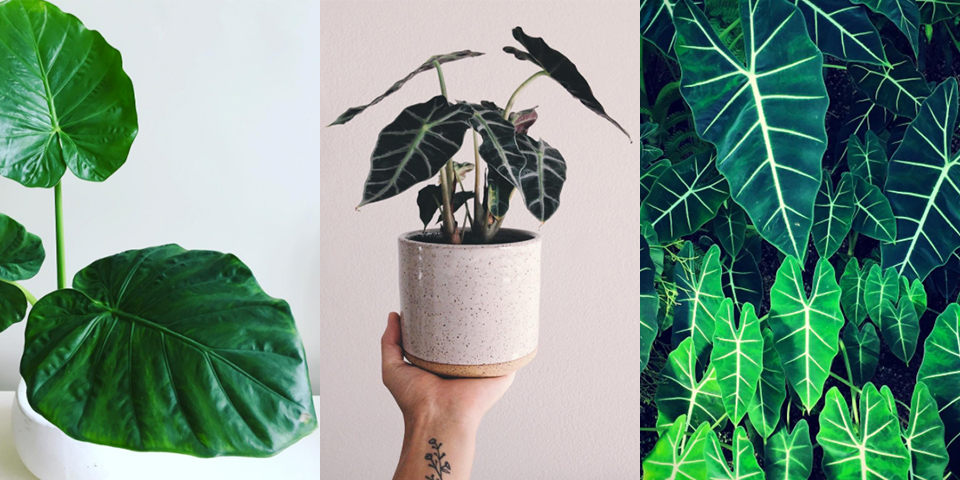 If elegant drama is what you’re after, the large leaves of the appropriately nicknamed Elephant’s Ear plant is for you. “What’s really awesome is the Alocasia leaves are fairly big, creating a canopy type of look,” says Anna Muriello of Rolling Greens Nursery and Home. “It harkens back to its tropical home and origin.” The Plant Maintenance Lead of the L.A. nursery also loves that this plant doesn’t have a bad side: “Each leaf has a web-like underside, so no matter which angle you are looking at it from, it really is a beautiful piece.” As far as its cool factor goes, there’s only one piece of evidence you need. “Most of the people who buy [our] Alocasias are designers,” says Anna. “They’re going into people’s homes and using this plant as a statement piece.” In other words, it’s the secret sauce for people who are paid to decorate. Yes, please!

Water: About once a week. You want the soil to be moist (not soggy but not dry) at all times.

Pruning: None. The only time you would need to prune, is if a leaf is not to your liking, or it’s past its life cycle and it needed to be cut down. Nothing complicated. 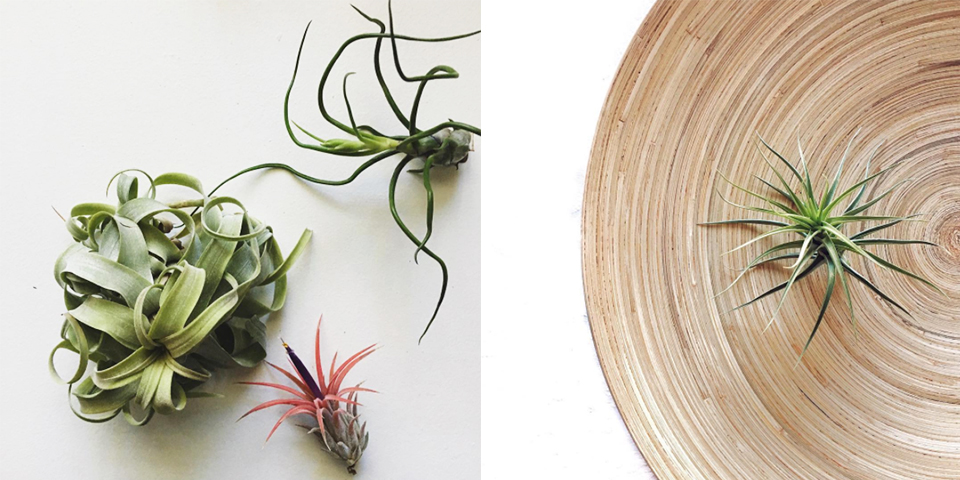 And if you want the easiest, most foolproof yet chic houseplant of all? Get yourself a large air plant. “A lot of people now feel like after having the small air plants, which have been very trendy, they can graduate to a bigger one,” says Sara Barnes, owner of Austin’s Frond Plant Shop. The Tillandsia Xerographica can be found in 8’’-10’’ diameters, and can live just about anywhere you want to add a pop of bohemian modernity. “You can can place it right on a table or in a tray, prop it up on a shelf, or display it inside a bowl—the possibilities are endless,” Barnes says. Should you decide to add one to your space, you’ll be joining some of the top tastemakers in Austin. “I’m seeing them in the coolest spots in town, like the South Congress Hotel,” she says.

Water: Some people like to mist their air plants, some like to soak them. Barnes recommends soaking every two-three weeks anywhere from 20-30 minutes, shaking the water off, and then laying it upside down for ten minutes or until it stops dripping.

Light: They prefer bright indirect light, the more light they get, the often you have to water it. Just make sure there is a window in the room.

Pruning: If a dry leaf starts growing on the bottom, tear it off gently. The tips might get brown, just nip at a diagonal with a pair of scissors. 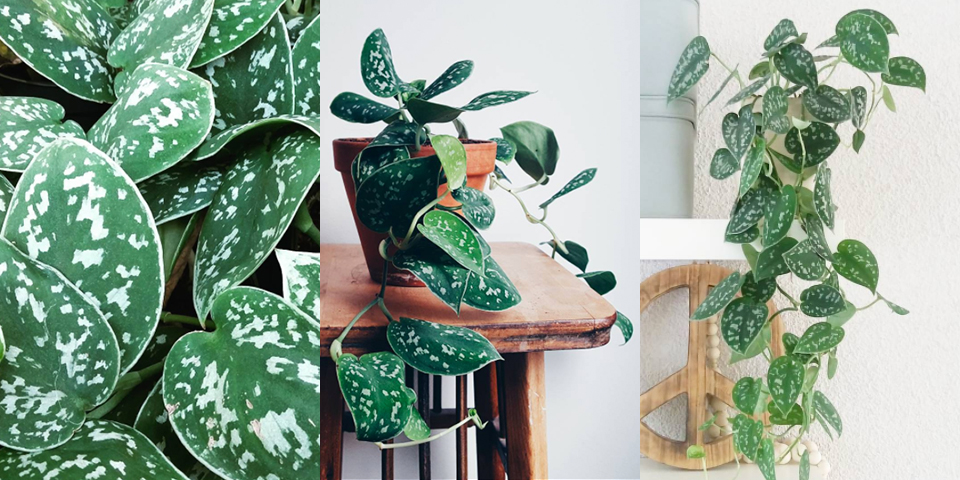 This drapey hanging plant is what Pinterest-perfect dreams were made of. “The Scindapsus Pictus is always in its blooming season, so it’s rich and lush all-year round,” says Anna Muriello of Rolling Greens Home and Garden Center in L.A. “It doesn’t have flowers, just lots of green foliage,” says the Plant Maintenance Lead. Another hearty and easy-to-take-care-of choice, the Satin Pothos will be forgiving of a missed watering. The silver-spotted leaves are an Instagram mainstay for a reason. “It’s just so gratifying to look at,” says Muriello. “The way it drapes gives a room so much life.” Hang this cascading plant to add a heightened focal point to your space without the commitment of a fussy tree, she says. “Each vine is a different length, which adds a real dynamism.”

Water: Approximately once a week, but it likes to dry out a bit in between. Overwatering is a sure way to kill any Pothos plant.

Light: Low to medium, but no direct light

Soil: A cactus mix is best, with a layer of gravel lining the pot.

Pruning: Occasionally pinch off old leaves or trim a vine if it’s getting too long.

How to store your summer clothesLife 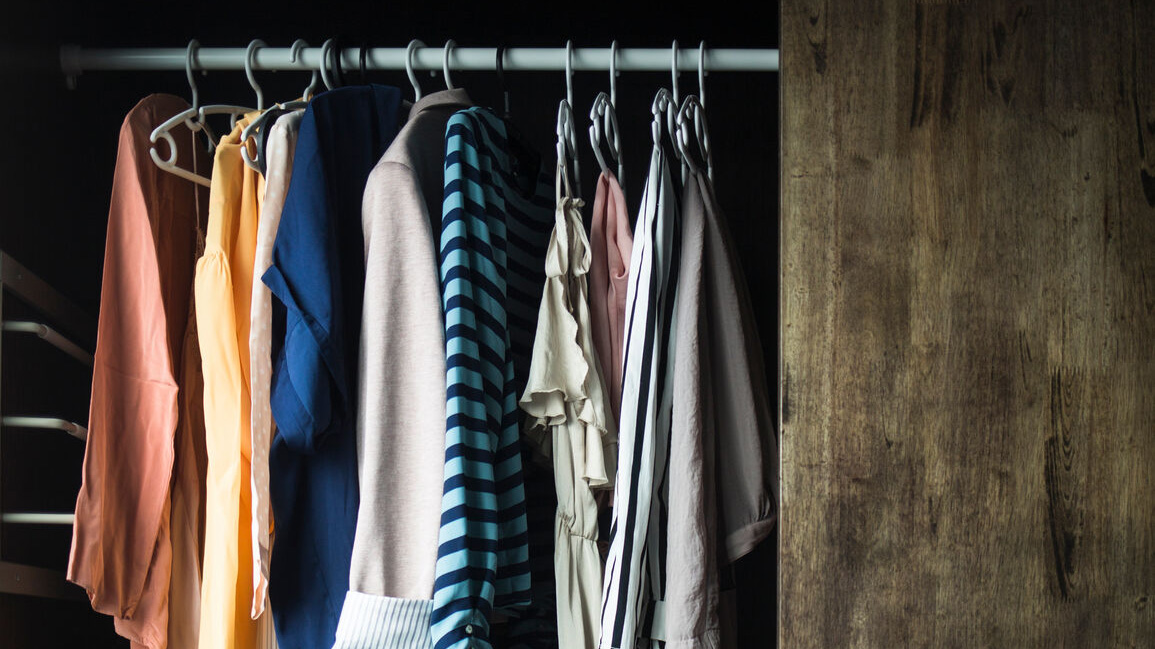 4 ways to detox your homeLife