Have you seen these fruits? This time of year, purveyors of fresh produce are likely awash in berries and stone fruit, a fact for which we are eternally grateful. However, something we are increasingly curious about are the types that seem a tad strange and forbidding. Global trade in produce has brought to the U.S. market previously unavailable varieties. Here's a primer: 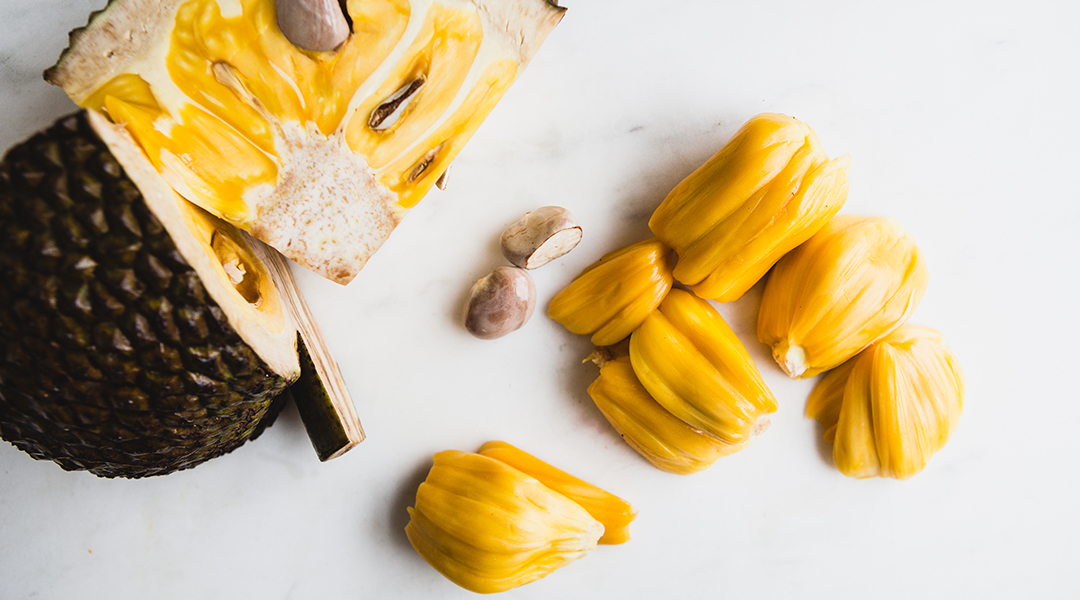 Its meaty texture and musky, sweet flavor makes it a viable substitute for meat (season with barbecue spices and it’s a ringer for pulled pork). It contains about 95 calories per 1 cup serving, as well as protein, vitamins B and C, fiber. Don’t toss its seeds; boil or roast them for a peel-and-eat snack. 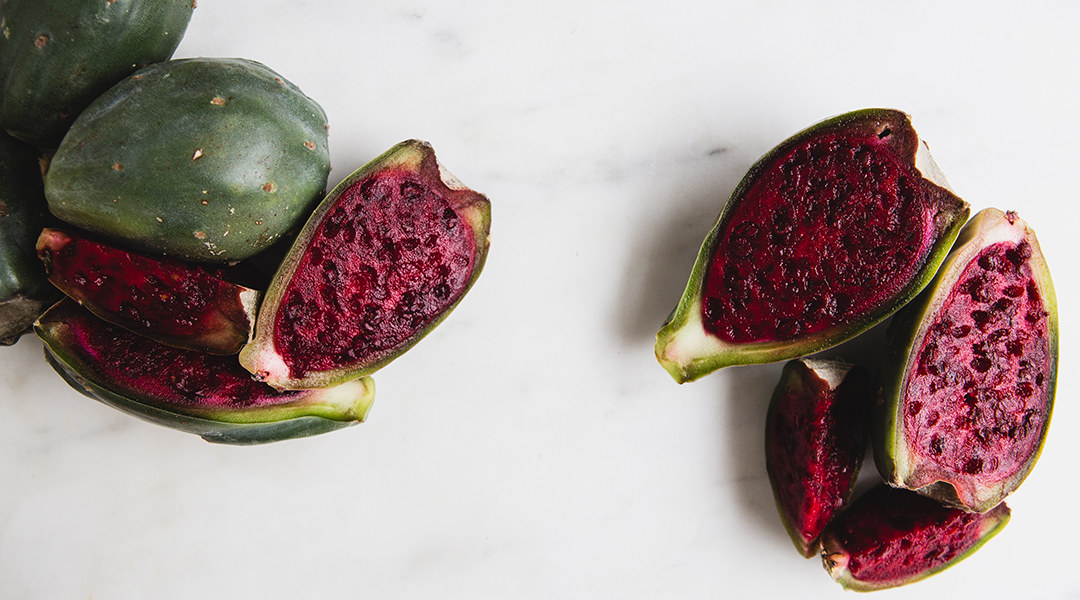 The fruit of the nopales cactus contains a fuschia-colored flesh that has the crunch of a pear and the flavor and sweetness of bubble gum (in a good way). Remove the rind and eat the fruit and hard-but-edible seeds, or press the fruit through a food mill and use the purée in smoothies, sauces, or cocktails. 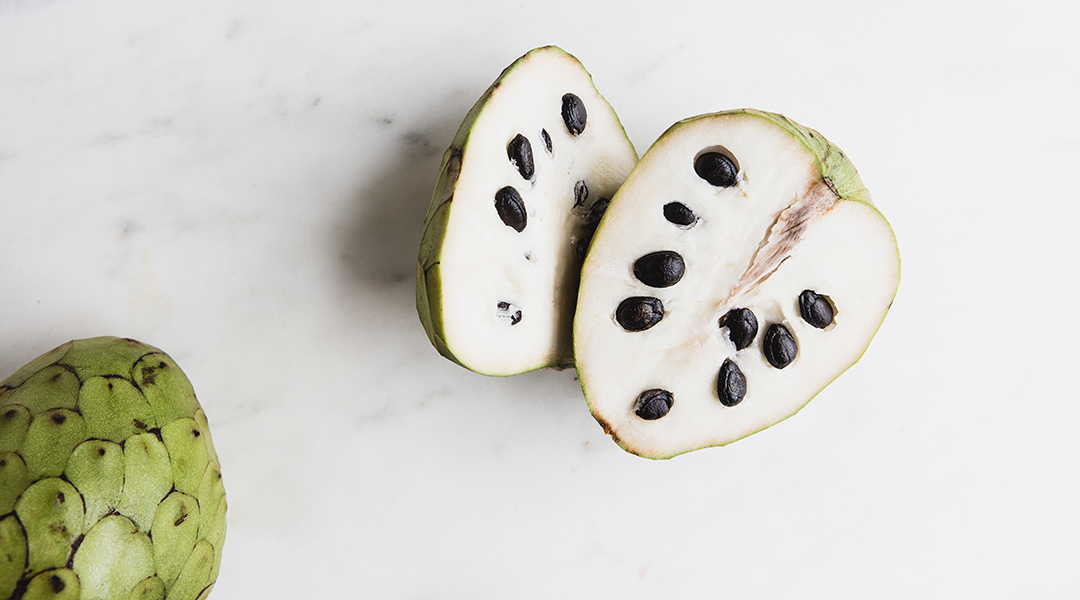 Primarily cultivated in Spain and Central America, this fruit has been slow to catch on in the US. Numerous dark seeds dot the tart-sweet and creamy flesh that's a cross between a banana and apple. Halve or quarter and spoon out the flesh. Let the fruit melt in your mouth, then spit out the seeds (like those of a watermelon, but bigger). One cherimoya contains 7 grams of fiber, nearly half your daily value of vitamin C, plus vitamin B6, potassium and antioxidants. 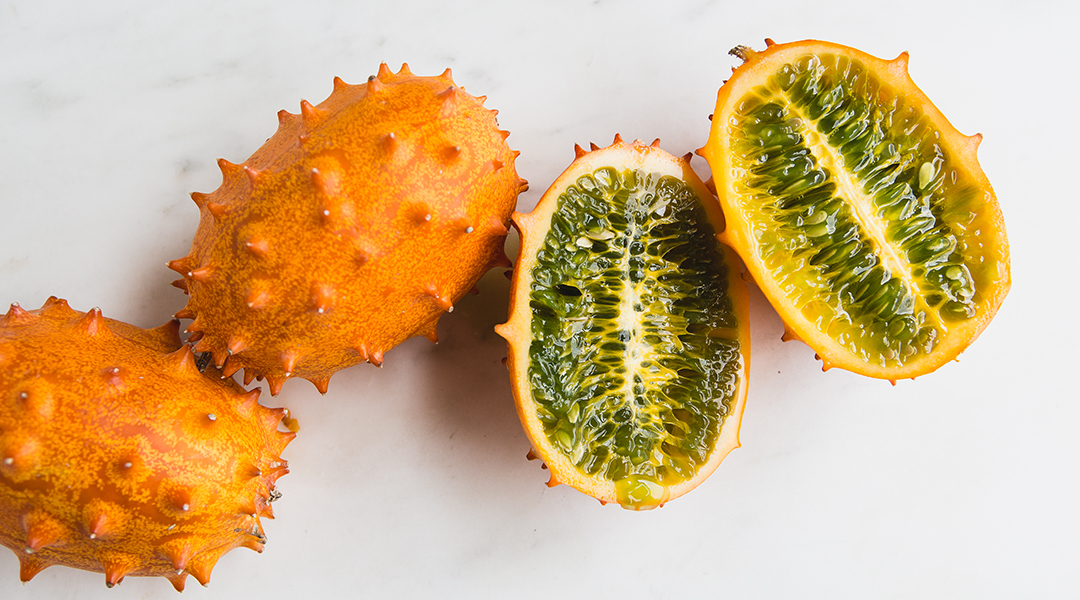 A relative of the cucumber, this armored fruit is easy to love, once you know how to eat it. Halve lengthwise, exposing a center filled with tart seeds and jelly-like—almost chia seed pudding-esque—pulp. Spoon out and eat, or serve alongside grilled meat and summer salads. 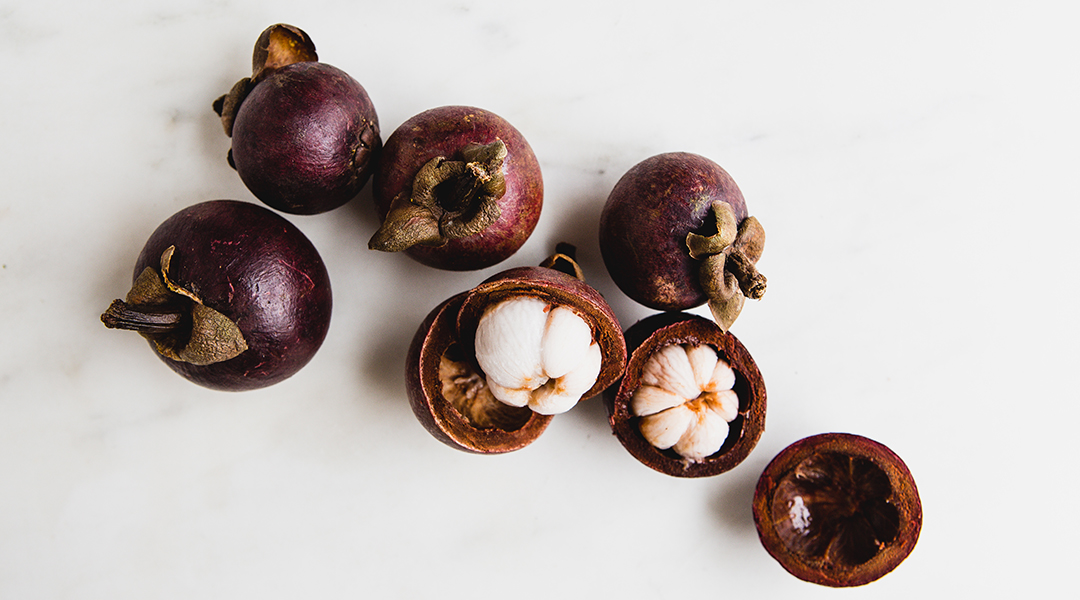 Peel back its hard, reddish shell to reveal a creamy, off-white flesh containing notes of caramel, grass and butter. It grows in tropical climates and has become available fresh in the U.S. only since 2007. Eat the slippery segments with a fork, spitting out the bitter seeds as you go.