Why you need to crawl before you run It's the secret to becoming a stronger, fitter runner, says our expert.

Our mostly-sedentary lifestyles aren’t doing our bodies any favors. Not only are we compromising our ability to train without injury, but according to LA-based Tier 4 coach Christopher McMahon, we're creating an imbalance so deep that we forget how to properly walk.

“Sometimes, when I ask an athlete to walk, he’ll swing his right arm with his right leg and left with left”—a sign that he’s lost the cross-body connections that are integral to effective running, McMahon says. “Crawling helps rebuild those connections and bring your body back to its natural aptitudes, improving your running endurance and strength.”

In fact, crawling can be a sidelined runner's salvation, which is why McMahon incorporates it into the regimens of his injured athletes. In terms of prevention, he has also seen crawling offset injuries caused by heel strikes and knee misalignment. "Crawling also trains the vestibular system, which the brain uses to balance," he says.

Sound too good to be true? “Most people are skeptical,” McMahon admits. “But once they crawl for a minute straight—and I tell them we’ll work up to 10 minutes­—their minds are blown; it’s hard, and they like it.” Here, McMahon explains how to work up from a dead bug to a baby crawl to a sprint.

“I get that full-on crawling can be embarrassing,” says McMahon, who starts tentative clients with dead bug progressions on the floor: Lie on your back and lift your arms and legs straight up in the air, then lower one leg and the opposite arm straight down to the ground. McMahon recommends starting with 20 reps during your warm-up, and adding another 20 reps during your workout between sets of squats and dead-lifts. Engage your core and think about the connection between your right and left sides.

A blend of dead bug and cardio, you can already picture this one. But proper form is key: “Your back is straight, your hips aren’t tucked under and your arms and wrists are soft,” McMahon explains. “Crawling should be clean and sharp; no floppiness.” Start crawling for a minute and breaking for a minute for five minutes twice or three times a week. (One lap of a fitness studio takes about 35 seconds, so do that twice, then rest for a minute.) Add 30 seconds per crawl until you’re crawling for 10 minutes (and resting for 5).

Once you’ve mastered fifteen minutes of on-and-off baby crawling, take your knees off the ground and straighten your arms and legs so you’re crawling like a leopard. Again, start with five one-minute intervals and work up to five two-minute crawls (always with five minutes of breaks). After a month of working the leopard into your routine, begin to tap your knees to your elbows as you crawl—the Spiderman crawl. “This is very cardio intensive and requires coordination and abdominal strength,” McMahon says.

If you’ve got the Spiderman down, you’e ready to march in place while swinging the left arm with the right leg and the right arm with the left. “This can simply be 30-second sets between any exercises,” he says. “Ideally it will have a nice free movement to it.” Once marching in place feels natural, McMahon switches those 30-second sets so they’re forward and reverse marches. And when that feels easy, he speeds the forward march up so you’re skipping the same distance as you would if you sprinted for 20 seconds. “The more powerful the skip, the more the more the body wants to run,” says McMahon. And now, you’re actually ready for it.
Recruit more muscle fibersBody 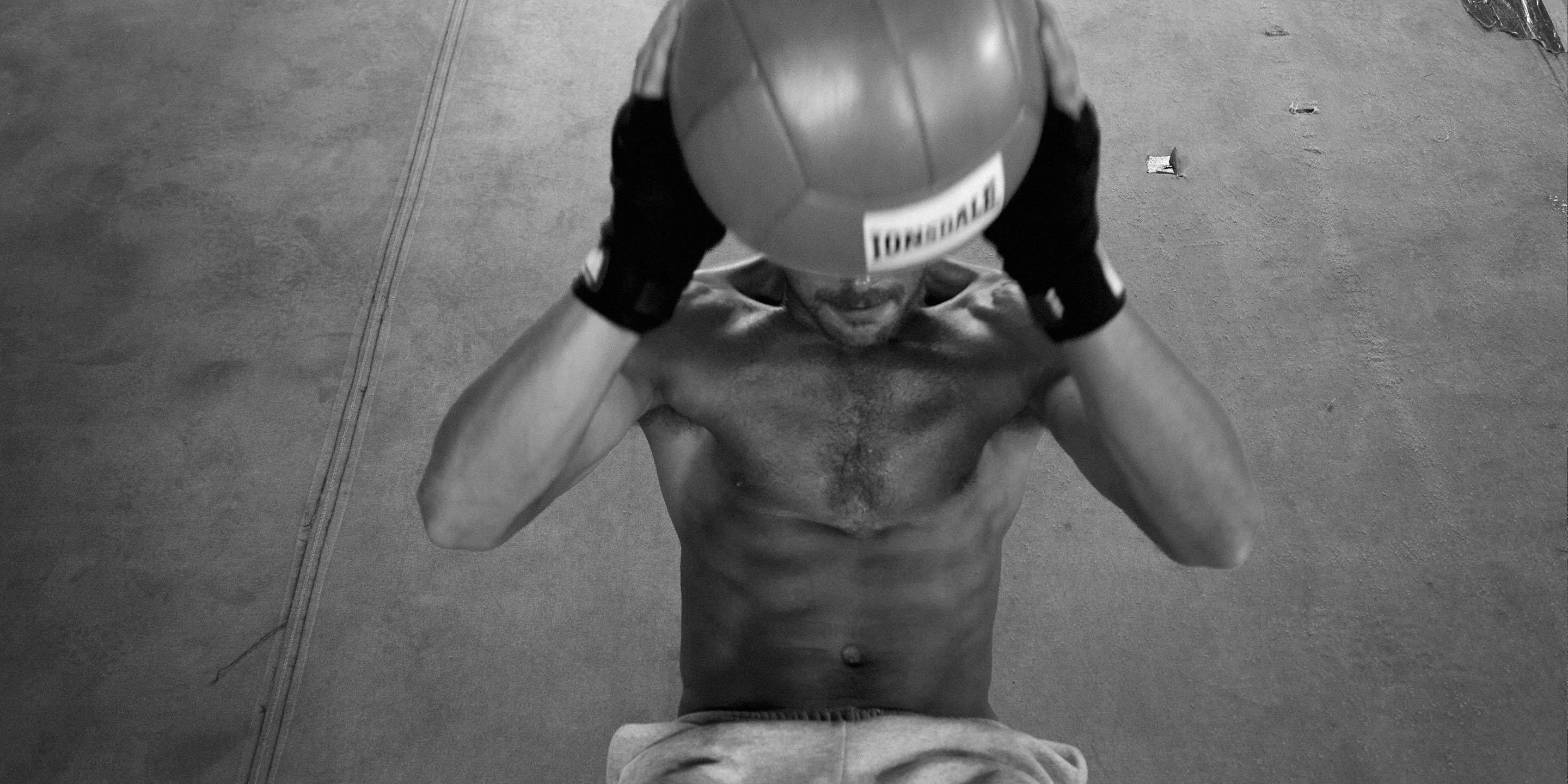