Bake up the best of the season's bounty.

This recipe is based on Equinox Nutrition Pillar Nine — Eat Locally, In-Season and Organic Whenever Possible — and was created by the culinary minds at the Tasting Table Test Kitchen.

Directions:
1. Preheat the oven to 450°. To a small saucepan set over medium-low heat add the olive oil, ground fennel and garlic and cook until the garlic starts to turn golden brown, about 2 minutes. Remove the skillet from the heat and swirl in the red pepper flakes and fresh tarragon.

2. To the bowl of a food processor, add the bread and pulse until coarsely ground, about eight 1-second pulses. Add the Gouda, 2 tablespoons of the tarragon oil (leaving the solids in the oil), ¾ teaspoon of the salt and the black pepper and pulse until well combined.

3. In a 2-quart casserole dish arrange the tomatoes in an even layer. Sprinkle them with the remaining ¼ teaspoon of salt. Drizzle the remaining infused olive oil (with the solids) over the tomatoes. Sprinkle the breadcrumbs over the tomatoes, then transfer to the oven and cook for until the breadcrumbs turn golden brown and the tomatoes soften, rotating the baking dish midway through cooking, about 15 minutes. Cool for at least 5 minutes before serving; serve warm or at room temperature.
Avocado-parsley dip with sweet potato chipsFood 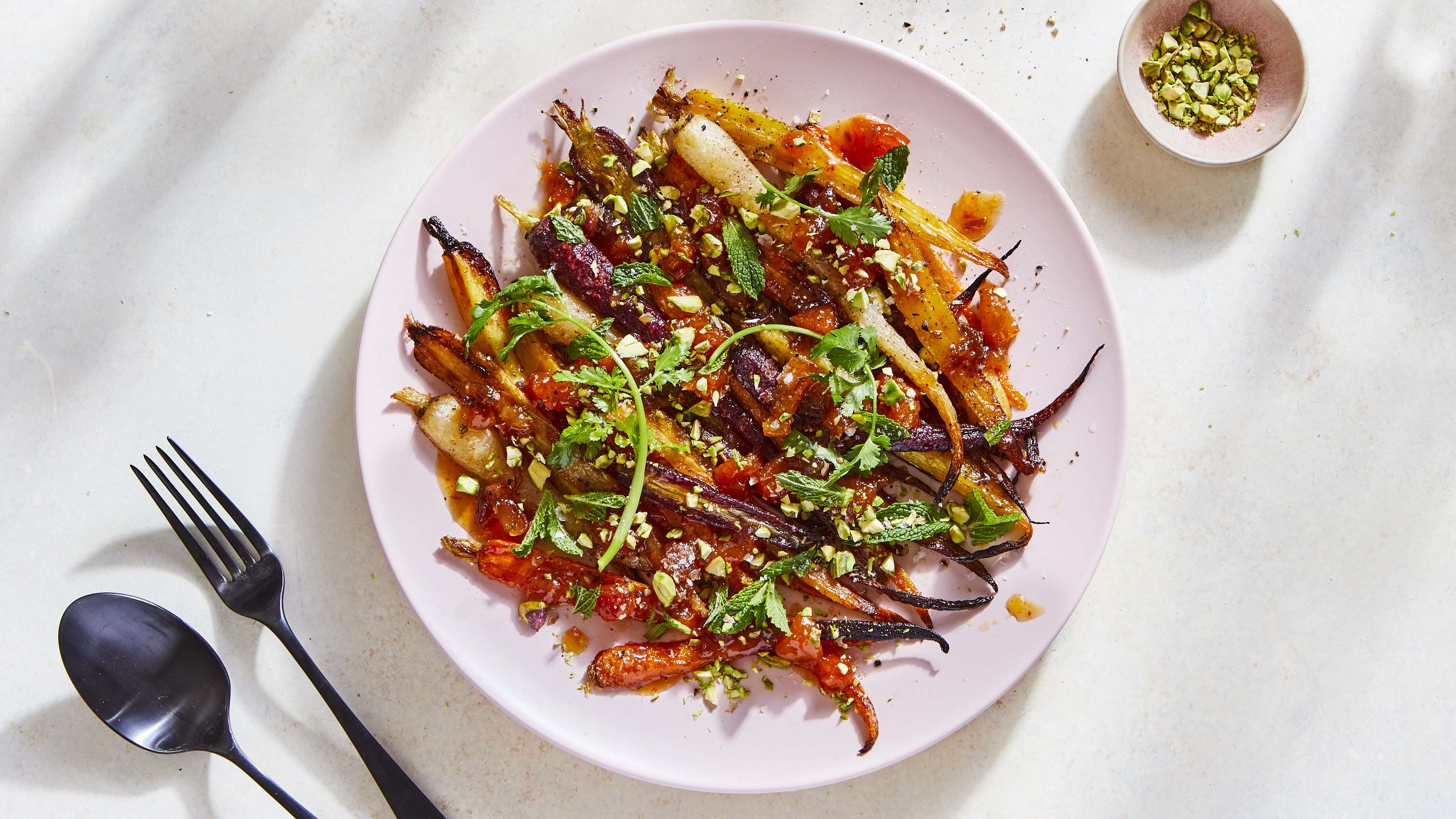 An appetizer, a sauce, and a refreshing salad 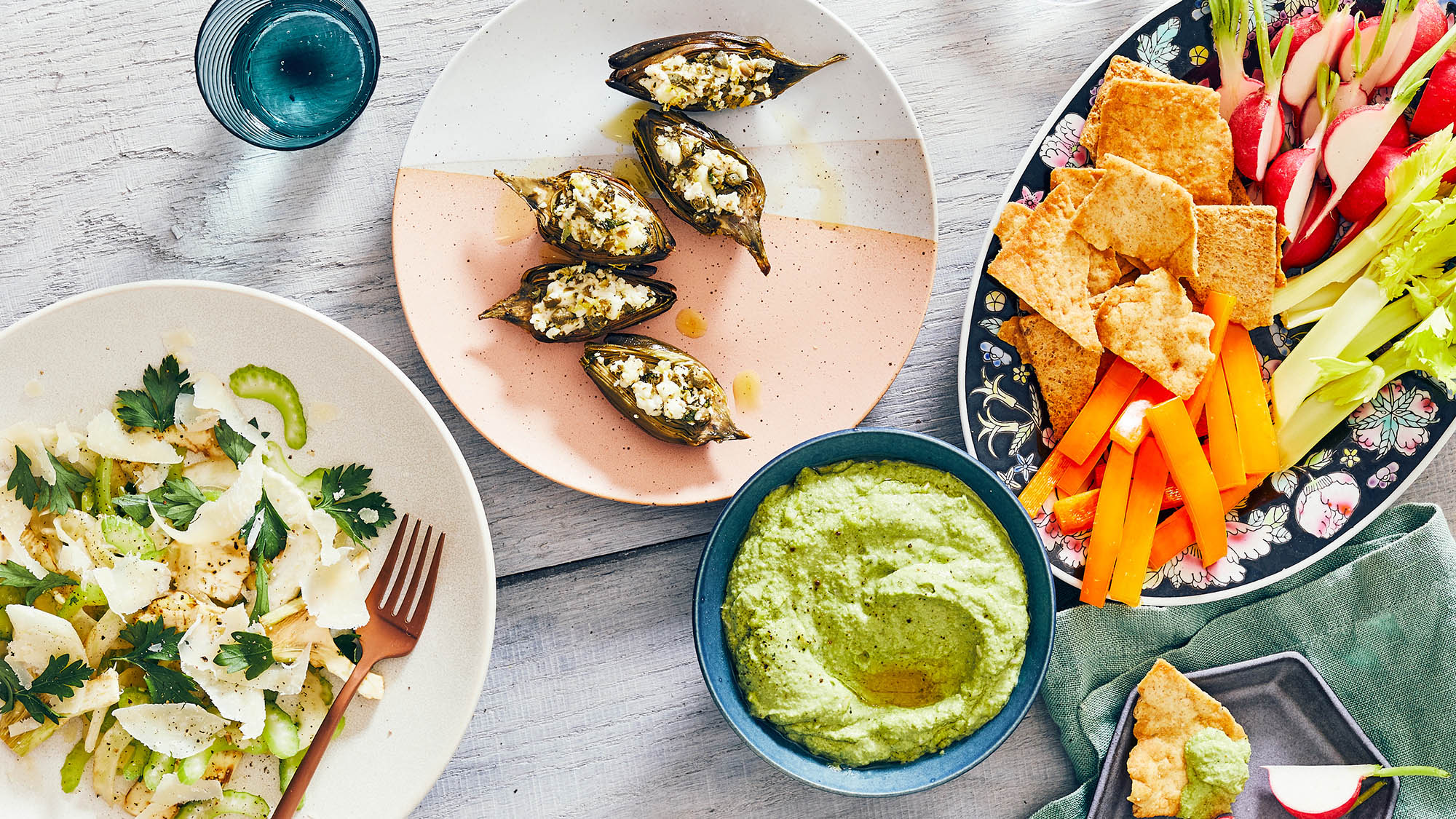