Your training tool for the week: The total-body ViPR.

In terms of equipment, runners are a low-fi bunch—give them some sneakers, a watch, maybe an iPod, and they’re pretty much good to go. But to build a stronger, fitter marathon body, you have to take advantage of all the tools at your disposal, which is why Tier 4 coach Jason Skinner designed Week 4 around the ViPR. This weighted rubber cylinder, created by Kinesiologist and Equinox Health Advisory Board Member Michol Dalcourt, requires the muscles of your body to work together, which not only prevents overuse injury of single muscle groups, but better prepares your body for real-life activity (read: running). “Running is a total body movement and as such, training movements for running should involve the total body,” says Skinner.

To wrap up your first month of training, Skinner created this combination of runner-specific ViPR exercises. Meaning, not only will you build total-body strength, you’ll focus on areas that are of particular importance to marathoners. Each exercise has a purpose and place in your plan. “When you consider the mileage required during marathon training and with about 2,000 foot strikes occurring per mile, the plantar flexors, or calf muscles, tend to become overworked and develop shortness,” says Skinner. “The Knee to Wall ankle mobility drill was included to offset this stress.”

Your second ViPR exercise, the Counter Weight Reverse Crunch, is a runner’s multitasker: “Running, and let’s face it, just about every static posture we find ourselves in all day, can lead to developing tight and short quads and hip flexors,” says Skinner. “This move was included to strengthen the core in a manner that will reduce the postural changes that occur from overworked quads and hip flexors. In addition, a properly strengthened core will prevent the tight and achy lower back many runners experience.”

In addition to sidestepping knee and back injuries, that core stability is crucial to a strong gait. “Running and most athletic movements occur in a split stance,” says Skinner. “Moving well in the split stance requires adequate core and hip stability, which is why I included the third move in this set, the ViPR Anterior Tilt with a Lateral Shift.”

Complete this four-move total-body workout at least once this week.

Just getting started? Download a PDF of your first four weeks of workouts here. 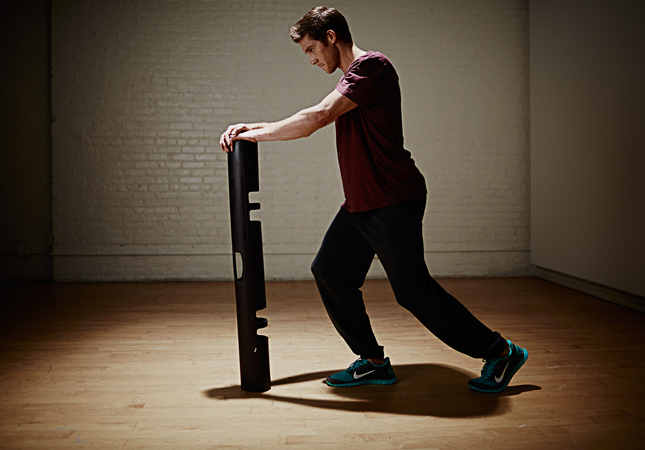 Lean against a 4-kg ViPR, or the wall, with one foot placed firmly on the floor. With an emphasis on keeping the heel down, drive your knee towards the object you are leaning against (as shown). Hold the pressure of the stretch from 5-10 seconds, fighting to get your knee closer and closer. Release the stretch and do 5 to 10 reps; switch sides and repeat. 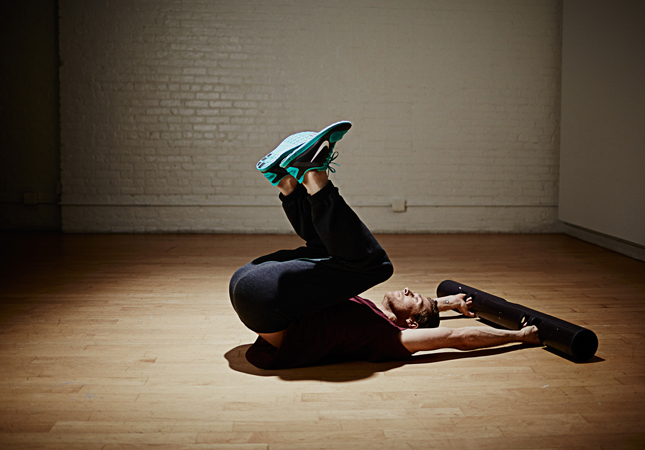 Lie on your back, with the knees bent and your arms overhead holding onto a 4-kg ViPR. Utilizing the ViPR as a counterweight, tilt your pelvis to flatten out your lower back and simultaneously draw your knees towards your ribs (as shown). Slowly return the feet to the floor maintaining a bend in your knees. Do a total of 8 to 12 reps. 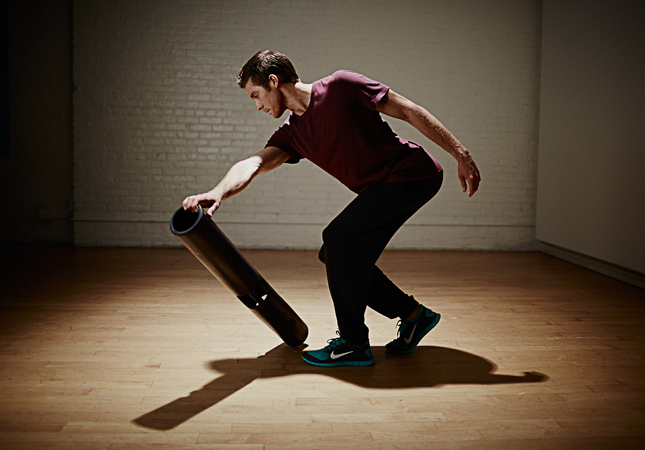 Start in a staggered stance with a majority of your weight on your front leg. The toe of the other leg should be in line with the heel of the front leg. With the same hand as your back leg on an upright ViPR, shift your hips back and reach with the ViPR across the front leg (as shown). If done correctly, this will induce a stretch in the glute and hamstring of the front leg. Using these same muscles, drive through the front heel and return to an upright position. Keeping your eyes towards the floor will help with moving through the hips. Do 8 to 12 reps; switch sides and repeat. 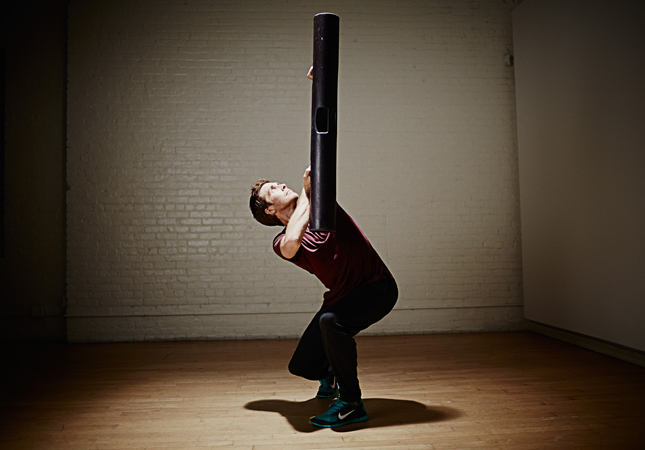 Moving from the hips just as did in Week 2 with the Hip Hinge to Wall, bend at the hips maintaining a tall spine. Tension should be felt in the hamstrings. Maintaining this position, pull the 4-kg ViPR towards the middle of your torso using your shoulder blades to start the motion and driving your elbows back. Hold at the top for a second, and then rotating through the hips, drive the ViPR towards the ceiling. Reverse the motion and bring the ViPR back to the starting position. Alternate the direction of the rotating and repeat for 6 to 8 reps per side. 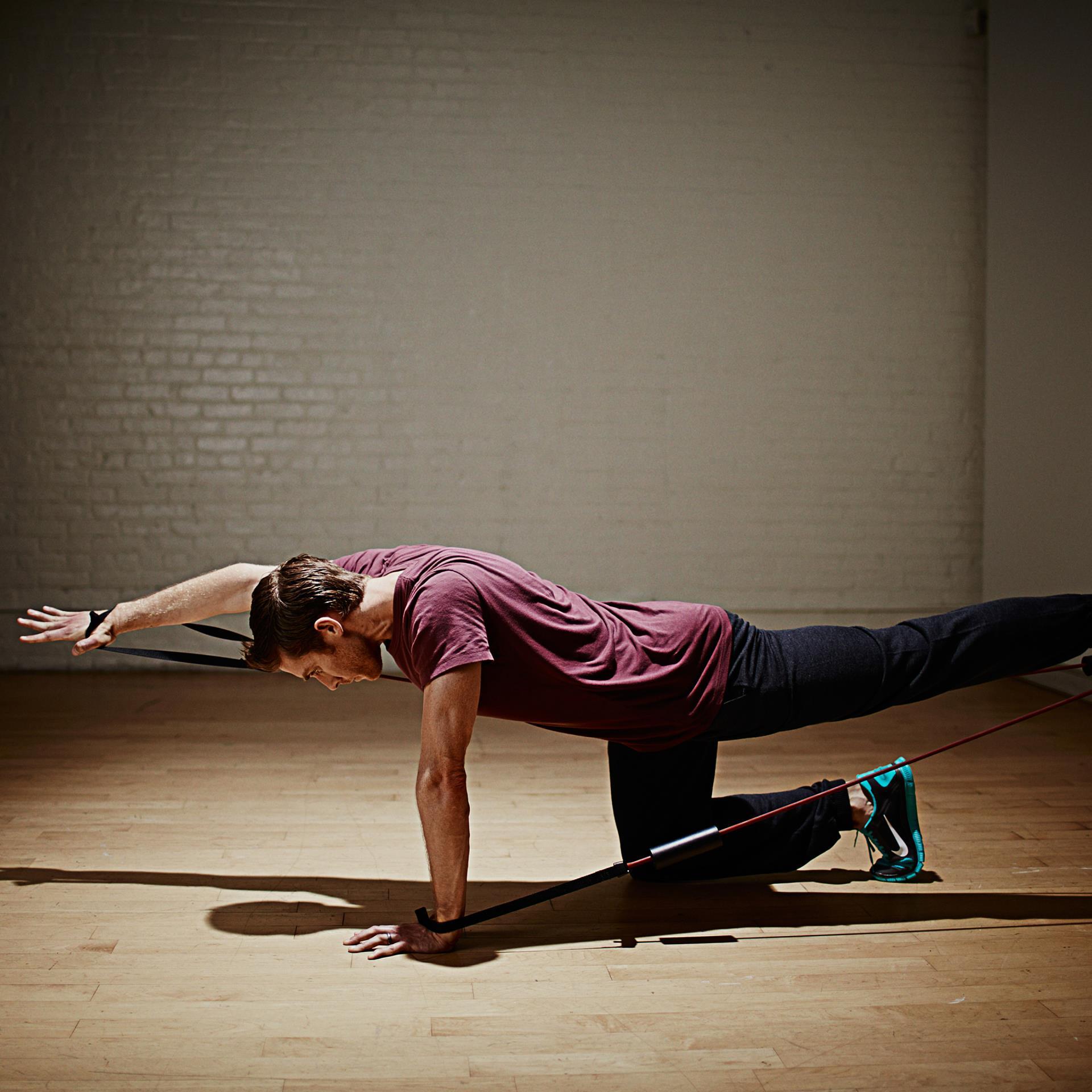 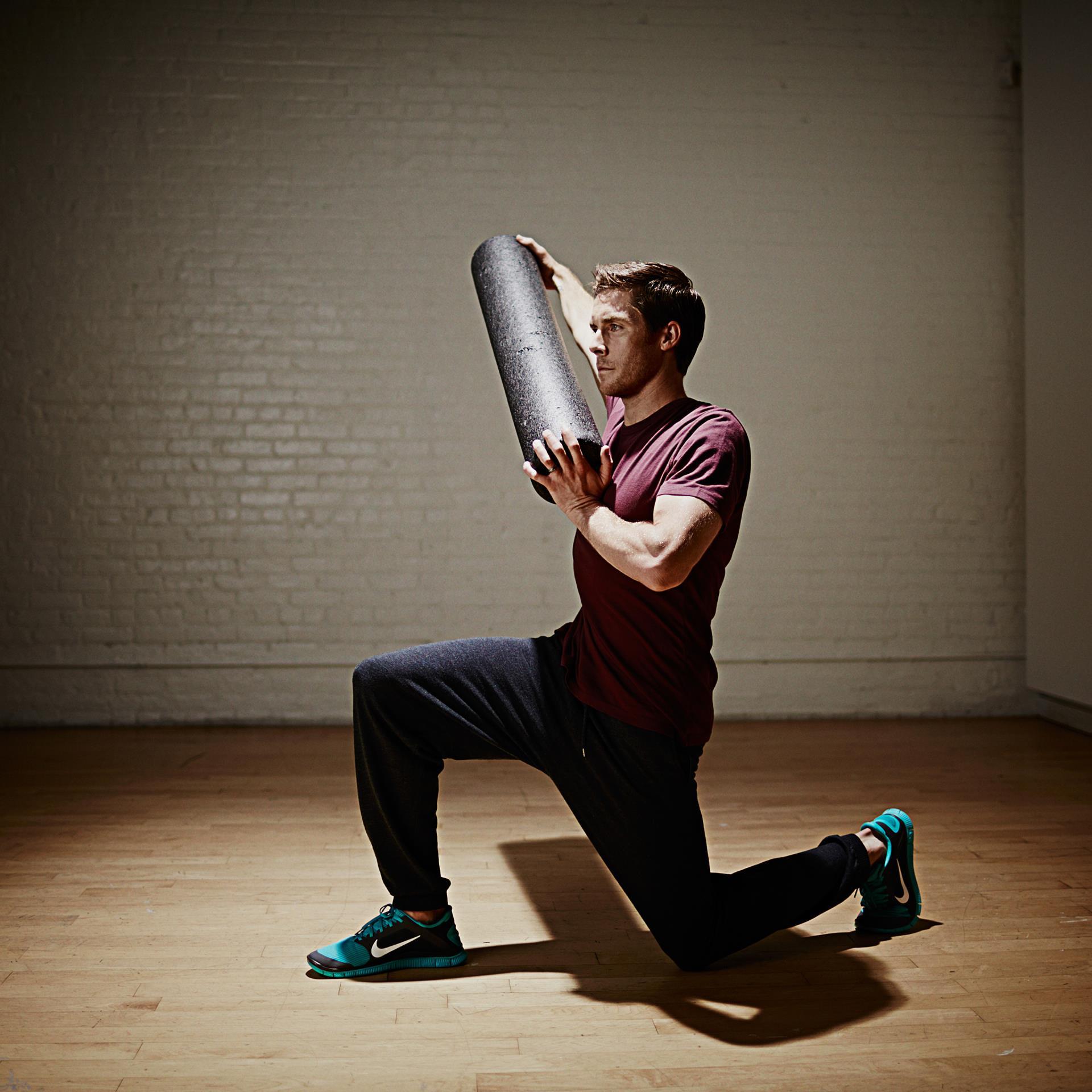 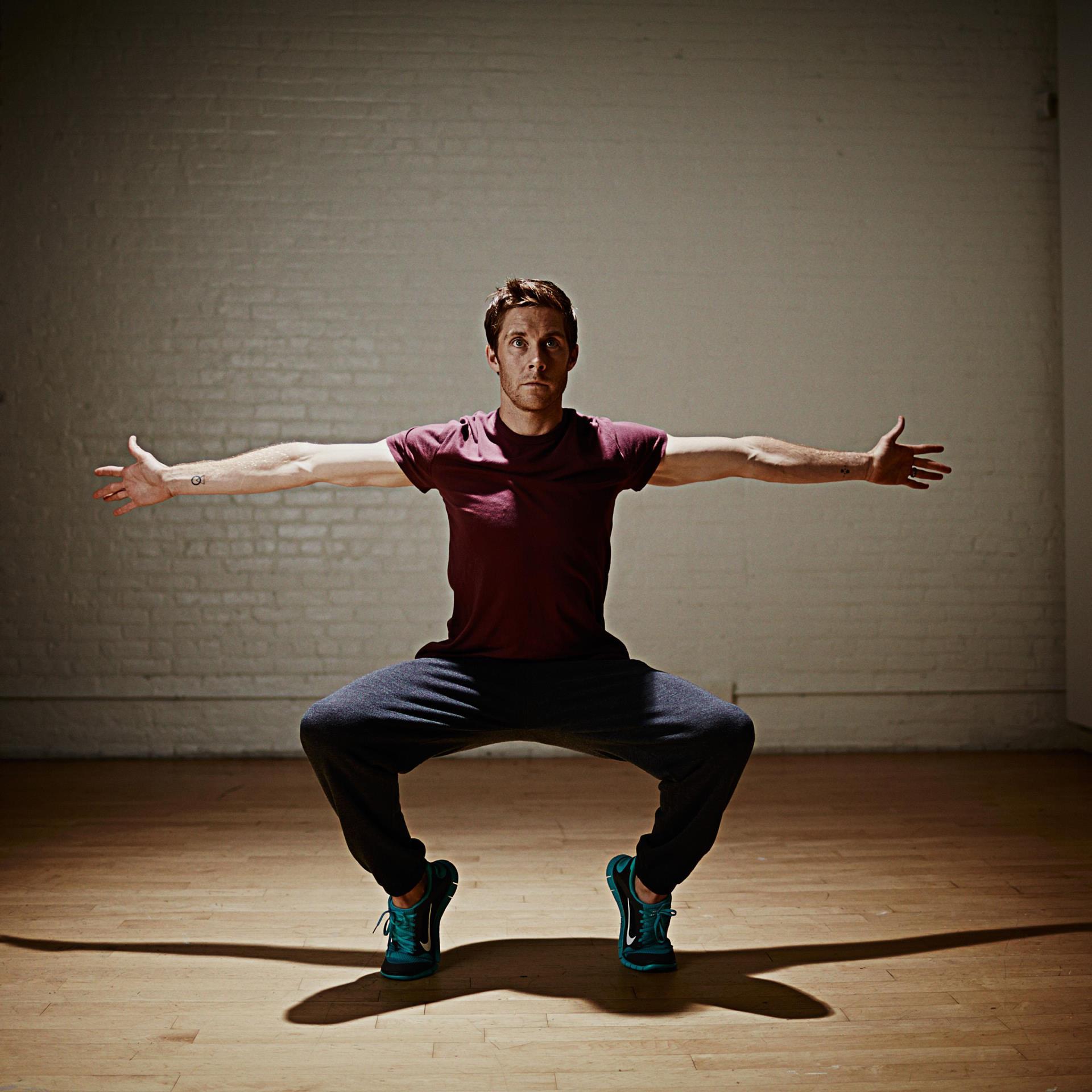