Forget the Chateau. Don’t bother with the Riv. L.A.‘s most exclusive clubhouse just might be the basketball court at Equinox West LA, where a hand-picked roster of actors, directors, and industry titans suit up and test their jump shots in closed-to-the-public match-ups every week.

Dubbed the Entertainment League (or E-League) and masterminded by film producer and former NBA exec Shane Duffy, the 13-year-old league has pitted stars such as Leonardo DiCaprio, Snoop Dogg, Adam Sandler, Ice Cube, and Will Ferrell against one another over the years. But invitations are near-impossible to come by and team members are chosen based solely on their skills (there are stringent tryouts), their character (existing members must vouch for them) and their demeanor on the court, not box office credibility. Duffy describes it as a fraternity. It sounds more like Fight Club meets Hoosiers meets The Golden Globes.

“Sports will bring out your inner demon, it’s amazing,” says Duffy. “So many people have gotten roles from directors or had movies greenlit over the years because they’re such a nice guy on the court. And guys have lost jobs because they’re not so nice.”

As this year’s E-league members prepare to wrap up the season, we asked the league’s “proud papa” for his “dream team” roster. Here, Duffy’s ultimate lineup from the E-League hall of fame: 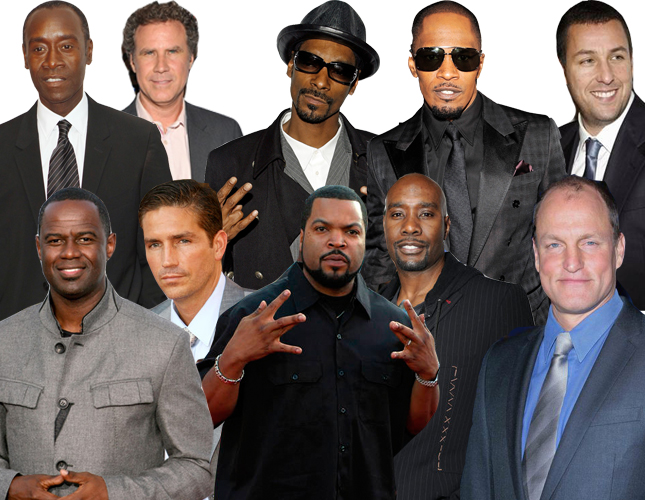 Don Cheadle: “If you want a leader by example, this is your guy. He’s like Jerry Rice — just exudes confidence and work ethic. He blew out his achilles and made sure he got back on the court for one more game nine months later, just to prove he made it all the way back. Stud.”

Will Ferrell: “A quiet assassin. Twelve to 15 feet is his sweet spot. Not afraid to mix it up inside. Grabs boards with his length and floats up the court like an underhand Rick Barry free throw — slow but with great efficiency.”

Snoop Dogg: “The Rookie of the Year as soon as he graced the league. This is the man in the middle. His smoky disposition and smooth skills make him a handful for anyone. Rebounds, put backs, and even a baby hook are obvious pick ups from big man camp. He didn't get a shot at the NBA's Summer League just because.”

Jamie Foxx: “Oscars, Emmys and E League Championships are just things he does. This workaholic has won every award known to man and is a leader of men on the court. He has an insane ability to get people to follow him. He is stronger than you and he will make sure you know it.”

Adam Sandler: “If you didn't know, he is just a baller. He loves this game. Maybe 'Grown Ups' gives a clue, but this gym rat doesn't care if he has an invite to Staples Center, a private court or a ragged rim in the middle of nowhere; he just wants to side step a few jumpers from the elbow and work up a sweat. A pass first teammate who knows his role.”

Brian McKnight: “One of the best players the E-league has ever had. When it comes to sports, he possesses superior confidence and is most likely the only R&B singer without a soul (when it pertains to hoops). A killer jumper and if you crowd him, he’ll slip you at will and score at the rim — a clutch final-minute player.”

Jim Caviezel: “Tall, calm, and decisive, he’s a person of interest for any lineup. He doesn't say anything on the court; he just shoots and plays within a concept. The Jimmy Chitwood of the E. A man you can count on.”

Ice Cube: “He exudes confidence and never once have I ever seen anyone disrespect his wishes. It's a sight to see, plus he knows what he is talking about. Confidence, design and game. Player Coach. Even when he was hurt during his tenure, he would show up and pace the sidelines with clipboard in tow.”

Morris Chestnut: “The 'Like Mike' star played nice in the film, but when it comes to E-League, Mo will go. He won the first E-league championship by hitting a falling-out-of-bounds three-pointer at the buzzer in the Great Western Forum. Mr. Clutch with a legendary vertical.”

Woody Harrelson: “Woody proved white men can jump — and survive the stomach flu. This true gamer showed up with a 102-degree fever to not let down his team. Hi-socks, a mid range jumper and not afraid to use the glass." 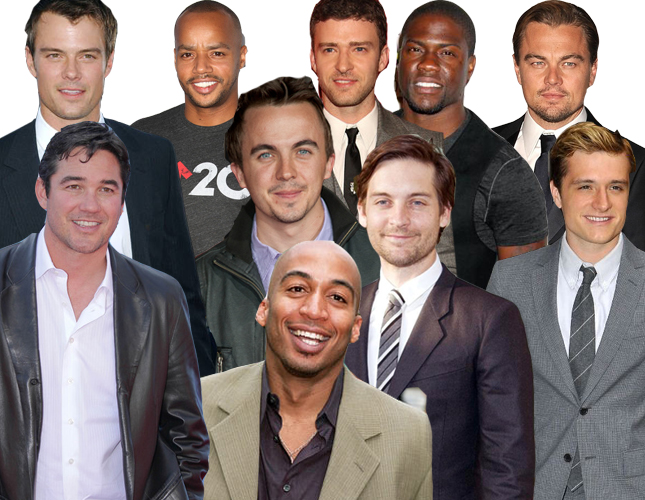 Josh Duhamel: “There are nice people, then there is Josh Duhamel. A genuine person who would stop on the freeway and change a tire in the rain for you. This plus he will set a pick for anyone and oh, he can shoot it. Serious fundamentals and a sweet J with range.”

Donald Faison: “A past MVP. There is never a dull moment with DFAIS is on the court. His NY roots shine through as he can drop 20 on you in a half and verbal leadership is well documented. He is a true ambassador for the game of basketball.”

Justin Timberlake: “With a suit and tie or a pair of sneakers, JT knows how to be precise and in concert with his surroundings, teammates and a 15-foot jumper. He has shown a ridiculous ability to make his team better even at the expense of his own offensive numbers. Passion.”

Kevin Hart: “Two-time NBA All-Star Weekend Celeb MVP. Kevin is always on with or without a mic, but don't sleep on his PG skills. He is swift through the lane, has a wet jumper and will trash talk you off the hardwood like Bird. Not to mention on defense he’s a thief.”

Leonardo DiCaprio: “Work ethic counts in every field. We know how he scores on the big screen, but if you didn't know, he can hoop too. So dedicated, he built a court at his home just to immerse himself in the sport he loves. He’s bigger than you think and has a motor any coach would pray for. Inception ensues every time he steps off the court.”

Dean Cain: “He has been with the league since day one, 14 years ago. A consummate pro, rains three pointers and his word is gold. Sounds like a Superman to me.”

Frankie Muniz: “Don't sleep on Malcolm. He went for 27, 27 and 24 in a stretch. He became an assassin from deep, because people said he couldn't compete.”

James Lesure: “Big Game ... A two-time MVP who led his team to consecutive championships. He is smooth. A throwback to George Gervin. He simply has the 'it' factor when it comes to knowing how to give his team the optimal chance to win.”

Tobey Maguire: “He rode a horse in 'Seabiscuit' and scaled skyscrapers in 'Spiderman', so what’s keeping him from diving onto the hardwood to scrape with any comers? He’s a pitbull and given a defensive assignment he will not disappoint. Don't need him to score, just need him seeking your ball handler.”

Josh Hutcherson: “You want a hustler, baby? It's almost like he is playing for his life. No one is more willing than Hutch. He can create his own opportunities by stealing it from you or out-running you and is fundamentally sound. Kentucky-raised, he’s the most improved player the league has ever seen from one year to the next.”

4 film fests with a sporty sideLife 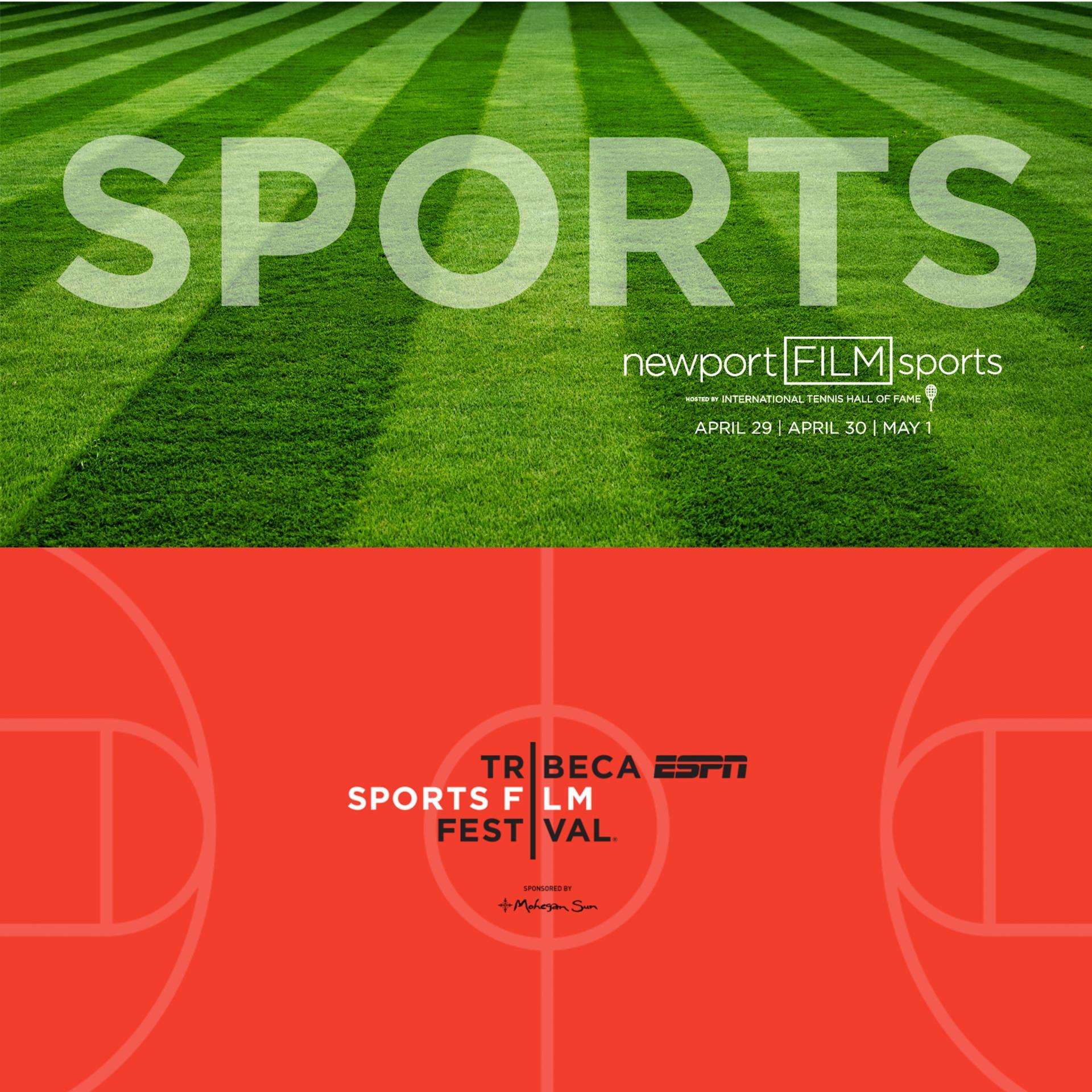 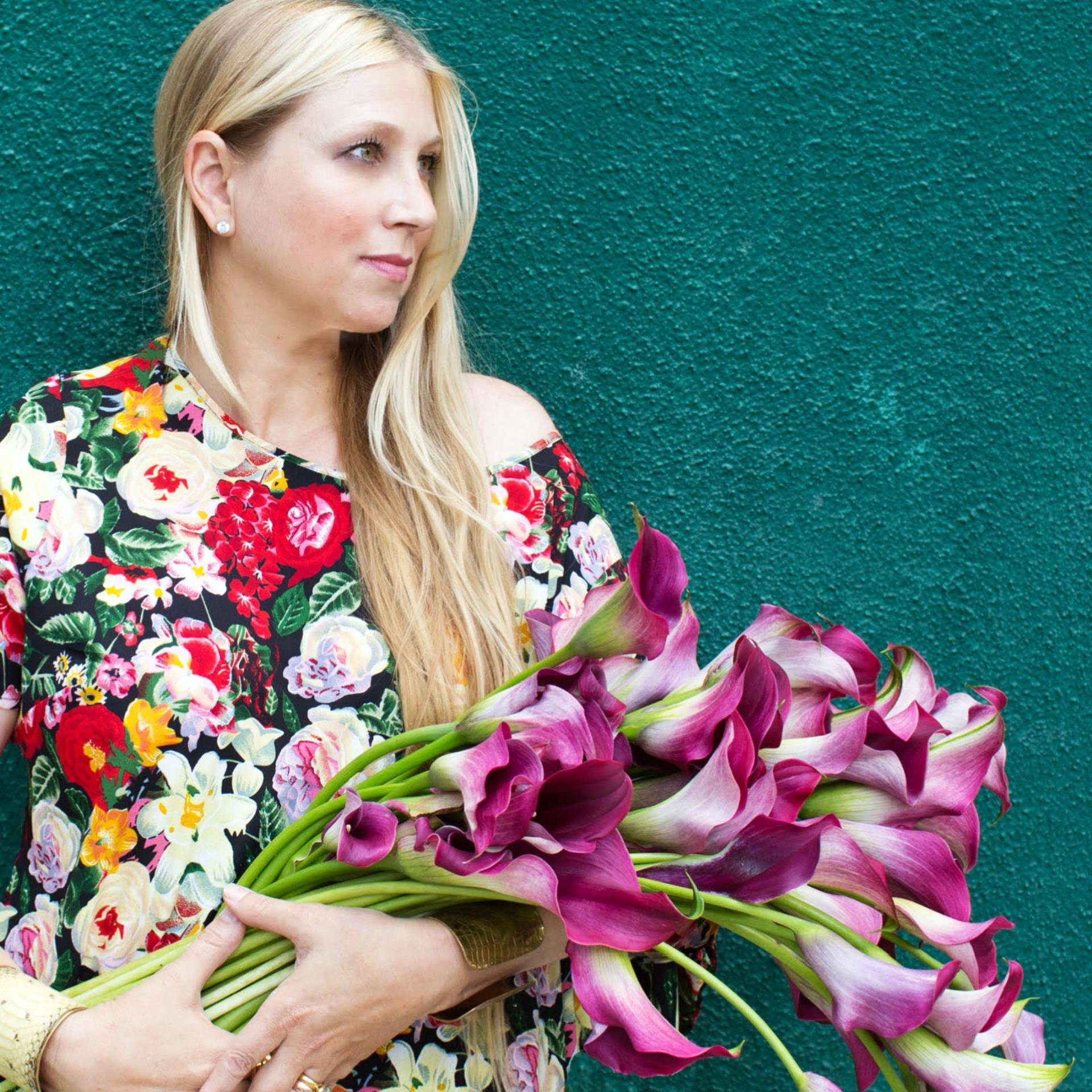 Meet the kings of the courtLife 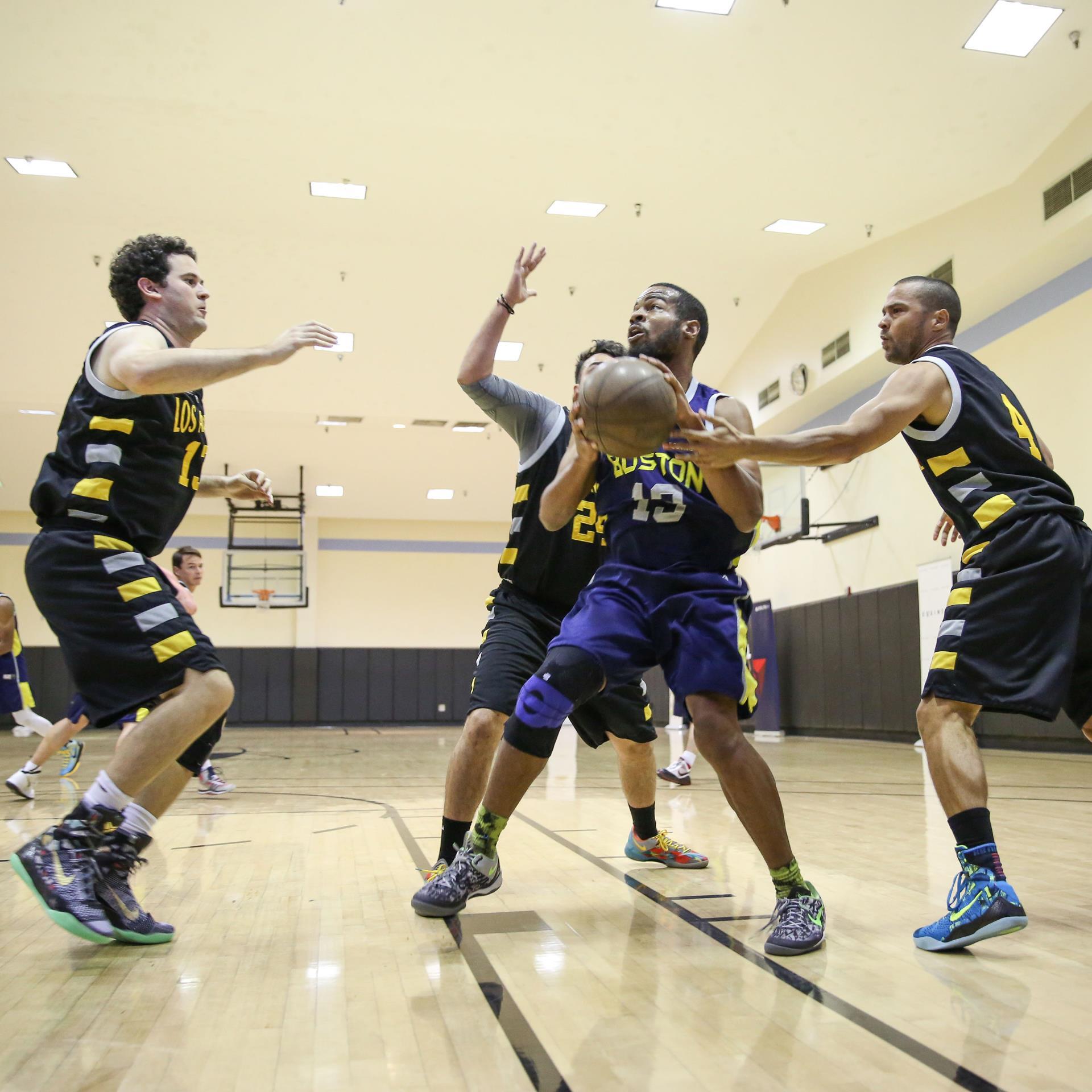